The Oro building will take up an entire 3300 square metre block on Longland St, across from the Bank of Queensland’s headquarters.

Prominent Brisbane developers the Panettiere family have been pursuing the 239-apartment proposal since 2018 when it bought the site for $13.2 million.

Industry estimates put the cost of the new Oro development – Italian for gold – at around $100 million.

The building’s rooftop will be given over to a massive recreational area, including a 65 metre pool with two 50-metre lap lanes, a children’s wading pool, fire pit and two heated spas as well as sun lounges and landscape.

At 22 storeys and 74 metres high, the tower is well above the building height set out in the Newstead and Teneriffe Waterfront Neighbourhood Plan and attracted a number of objections, most of them from residents of the nearby Gasworks Residences building.

But the developers appear to have convinced the council that the buildings heigh and architectural form are in keeping with the area. 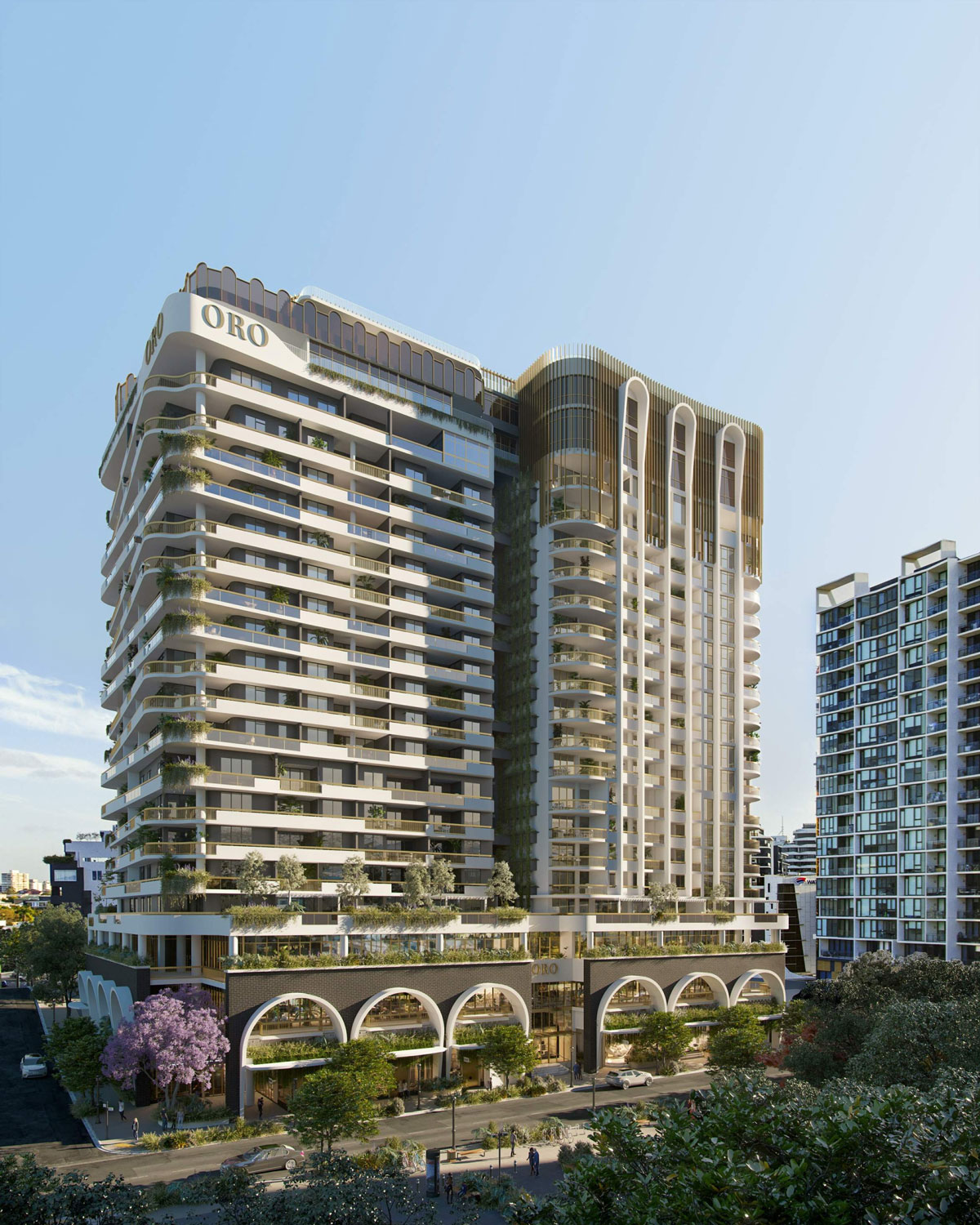 “Only a small part of the views from the rooftop communal open space in Gasworks Residence might be affected by the proposed building, but …those views are not protected under the City Plan,” the developers wrote in a letter to the council addressing objectors’ concerns.

The development approval comes as Mirvac continues to add to its network of master planned residential towers in Newstead, a former industrial precinct which has undergone an intense period of urban renewal over the past decade.

Th State Government expects Newstead’s population to jump by more than 20,000 over the next 20 years.