On July 1, the fees for hotel quarantine rose from $135 to $165 per night, including linen. With meal fees remaining at $65 per day, that could increase the cost of a mandatory two-week stay to $3,220 for a single traveller.

Despite up to one in five travellers refusing to pay even the previous rate, Queensland now has the most expensive hotel quarantine regime in Australia – a point not lost on those still stranded overseas.

Queensland Health director-general John Wakefield told a parliamentary committee on Monday the increase reflected the cost of providing the service. The department has already engaged debt collectors, and wants to be able to bill travellers upfront, or negotiate for their employers to meet the cost.

The fee hike would also make any Wellcamp quarantine facility more viable, due to the way in which the Wagner family structured its confidential proposal. It still lacks Commonwealth support but is being promoted by Labor at a state and federal level, and with a federal election approaching.

As Queensland struggles with an increase in both international and interstate travellers, Premier Annastacia Palaszczuk wants hotels abandoned in favour of stand-alone, dedicated quarantine facilities away from populated areas. Recent breaches, and the arrival of the Delta variant, has Palaszczuk worried the virus can no longer be safely contained.

The Morrison government recently proposed Damascus Barracks at Meeandah be used to build dedicated quarantine accommodation for 1,000 to 1,450 travellers. It is intended to support only repatriation flights, and is located next to Brisbane Airport in a largely industrial area. 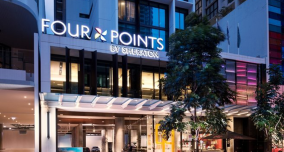 But Palaszczuk still wants commercial travellers to use a 1000-person quarantine village linked to the Wellcamp airport at Toowoomba. The Wagner family proposed charging the same rate as hotels, via the government, so the recent fee increase would deliver them an extra $35,000 a day – on paper, at least.

Palaszczuk said the Wellcamp facility could be operational within two months but the Meeandah facility would not be ready until 2022. She now wants both to proceed.

“If we had both quarantine facilities … we would not need to use the hotels,” Palaszczuk said on Monday.

Federal Opposition leader Anthony Albanese yesterday visited Wellcamp, as he and other Labor frontbenchers continued lobbying Morrison to back the alternative.

Albanese said “it makes sense” but federal Health Minister Greg Hunt said “the answer is no”.

The Commonwealth has pointed to the lack of airport infrastructure to support regular international passenger flights, as well as the need to transfer any infected people to a Brisbane hospital, which goes against the principles set out for regional quarantine.

For both proposals, the overall cost, and cost to governments or taxpayers, remains unclear, however the Palaszczuk government made provisions in the last budget to support Wellcamp.