A consortium led by Brisbane-based BESIX-Watpac has won the contract to build the 460 metre pedestrian bridge which will connect Kangaroo Point with the edge of the city’s Botanical Gardens.

Brisbane Lord Mayor Adrian Schrinner said an event space would also be incorporated into the design of the $190 million bridge, which he said would become one of the city’s must-visit destinations when it was completed in 2023.

He said it would be one of the only bridges in the world with an over-water boutique bar and restaurant.

“While Brisbane has some fantastic riverside dining opportunities, we do not have restaurants and bars above our river, and the Kangaroo Point Green Bridge will deliver the city’s first,” he said.

“Just image what it’s going to be like having a meal or enjoying a drink with friends with the Story Bridge lit up in the background.” 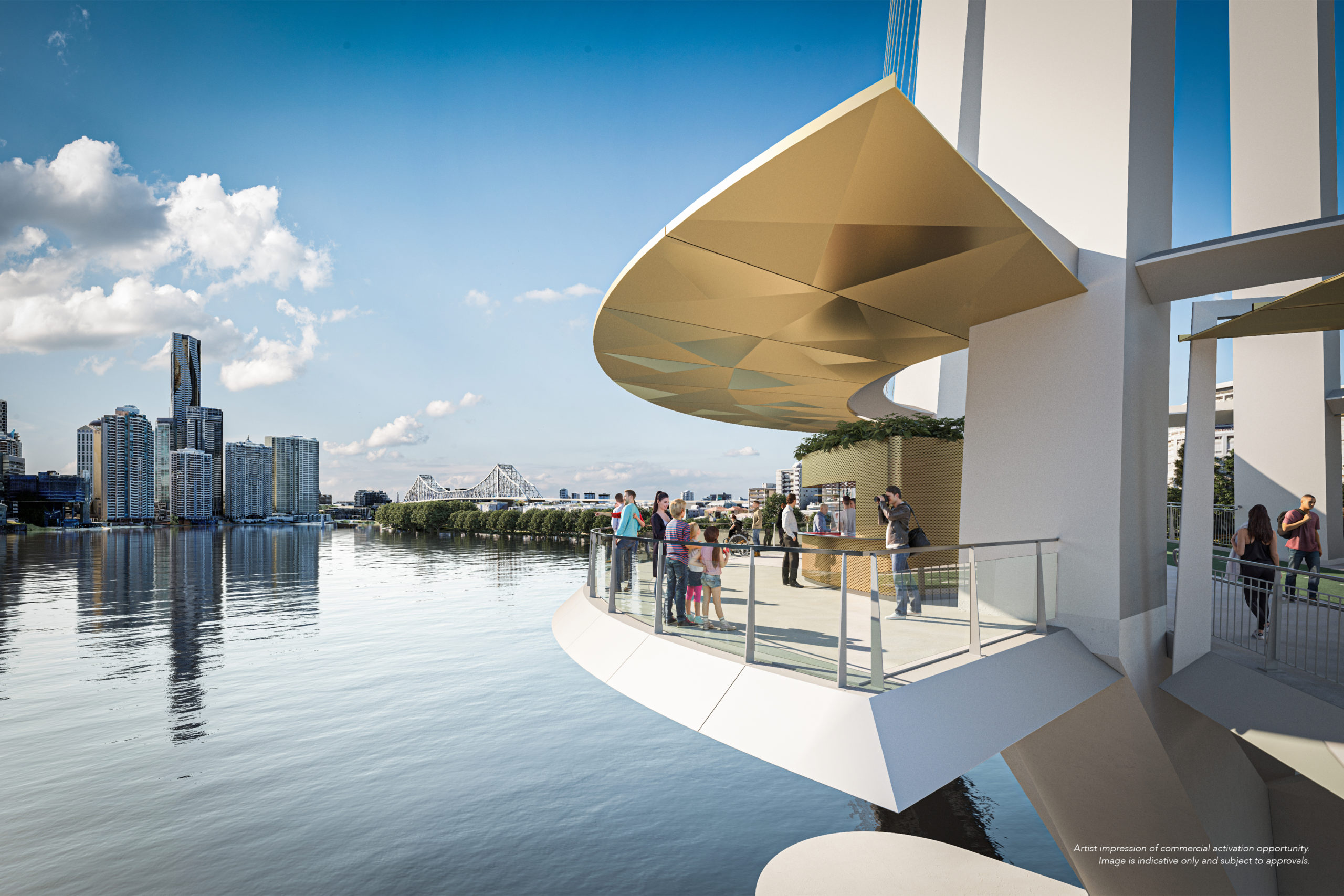 BESIX-Watpac has been involved in building several iconic bridges around the world, including the Crown Prince’s Mary bridge in Denmark and the Sheikh Zayed bridge in the United Arab Emirates.

The company’s most recent high profile local project was the Queensland Country Bank stadium in Townsville.

The Kangaroo Point Bridge, which will feature a single central mast that will be taller than the Story Bridge’s highest point, is the first of up to four green bridges planned by the council. Construction is due to start later this year, with completion scheduled by the end of 2023.