Developers Crete Investments and Raptis Property Trust want to erect an office and retail complex on the corner of Main and Wharf Sts that will almost crest the decking of the bridge’s inbound lanes.

The unusual siting of the development has prompted the concern of Brisbane City Council planners, who have expressed worries about its impact on a highly regarded heritage area of the city.

While officers say they support the proposal “in principle”, they have told the developers that the building must not interfere with views to and from the Story Bridge.

A report from a pre-lodgement meeting with council officers states that developers must “demonstrate that the proposal will have a built form that is subordinate to the Story Bridge, and preserves views to and from the Story Bridge and Bradfield Highway deck”. 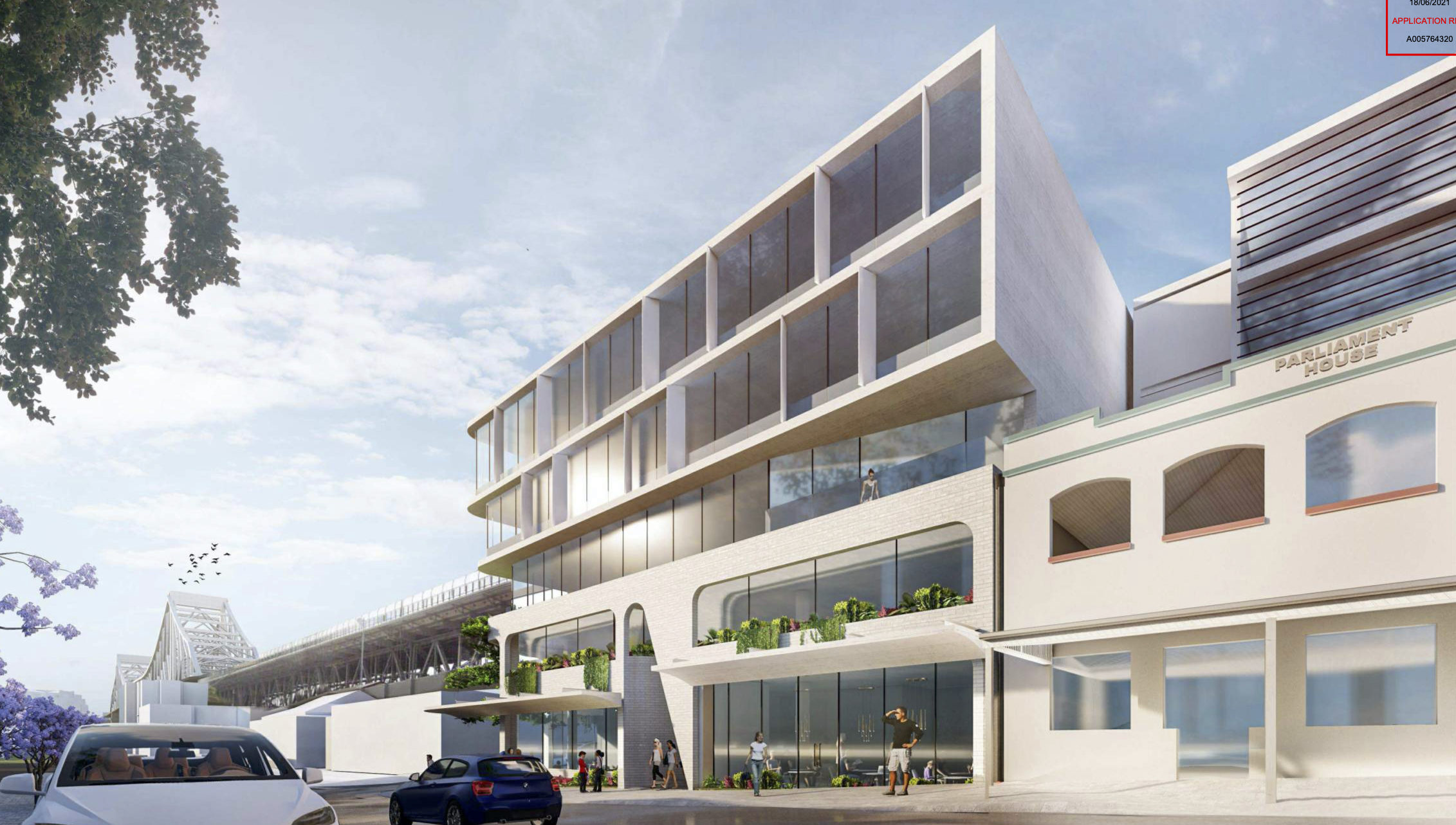 However, heritage and planning consultants commissioned by the developers have given the proposal the all clear, according to documents submitted to the council.

The development application lodged with the council this week proposes a “new contemporary five storey building located adjacent to the Story Bridge with direct views to the Brisbane CBD providing a significant contribution to the vitality and image of Kangaroo Point”.

The building would also sit above the northbound lanes of the Clem 7 tunnel and next to the heritage listed Carroll House, built more than 130 years ago but which is now part of the headquarters of the Night Owl convenience store chain.

A planning assessment by consultants Place Design Group says the building will include an “aluminium capped roof material that does not detract from the adjoining Story Bridge with a colour choice that will respond to the immediate character of the area”.

“The proposed commercial and retail development is considered the most appropriate use of the site, given the compromised amenity from the Story Bridge for a residential use,” teh assessment report states.

“It is important to note that there are a significant number of high-rise residential buildings within proximity to the site, ensuring that the precinct remains predominantly residential in nature.”