In a discussion paper released overnight, the taskforce has followed through on the Palaszczuk government’s request it consider the best way to legislate against coercive control, just one of a number of new charges that could be available to police.

The taskforce has flagged the option of creating a new offence of cruelty, overhauling the unlawful stalking offence, and potentially adding a broader offence of ‘commit domestic violence’.

While the taskforce has questioned whether existing legislation could be used more effectively, such as through police better enforcing protection orders, the paper suggests it is mindful of the need to send a message to both potential perpetrators and victims.

It will consult on the option of new offences before it raises the overarching issue of how women are treated by, and in, the criminal justice system. The paper only briefly touches on whether police could be of more help to victims or better prevent re-offending.

“Unfortunately, our society has become all too familiar with the insidious nature of domestic violence,” taskforce chair Margaret McMurdo wrote in the paper.

“Experts and, following media coverage of recent tragic and shocking deaths of women and children, the broader community, now understand that domestic violence is not limited to physical and sexual abuse. Abusive behaviour in domestic relationships may take many forms including a pattern of behaviour called coercive control.

“Individual acts of coercive control may at first appear harmless but, together and over time, they result in the victim’s loss of capacity to make independent choices. Victims and their children become trapped in a cycle of dependence and abuse which they cannot break.

“The harm to victims, their children and their wider circle of friends and relatives is immense and life-long. The economic cost to our community is also huge.” 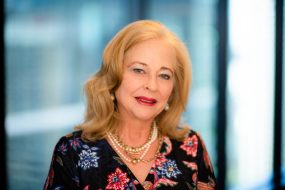 Fixing domestic and family violence laws could be a permanent job: McMurdo

The taskforce has sought to revisit the option of a register of domestic violence offenders, primarily to assist police, even though it has previously been rejected by the Queensland Law Reform Commission and similar proposals overseas failed.

While the taskforce floats the need to tighten bail laws, and improve sentencing options to recognise domestic violence, the taskforce has yet to fully explore the treatment of women in the criminal justice system. Such issues “will be explored in a wider context as part of the taskforce’s work on the second part of its terms of reference,” the paper states.

Criticism of how police respond to domestic violence and sexual violence complaints prompted the government to widen the terms of reference.

The paper is open for consultation until July 9.