Large parts of Queensland woke to  cooler, drier airmass extending from the southern border all the way up to the tropical north.

The coldest temperatures have been recorded in the Darling Downs and Maranoa/Warrego regions, hitting -2 degrees.

Meteorologist from the Bureau of Meteorology Matt Marshall said Stanthorpe fell to –2.7C, the lowest May minimum temperature in three years, since a recorded -6.1C on 31 May 2019.

“It’s probably the coldest one we’ve had so far for the year and looks like we might be getting a few frosts this year,” said Southern Downs Mayor Vic Pennisi.

“Last year we didn’t get any at all, but with the rain and the soil temperature being down, it’s shaping up to have quite a few of these cold mornings.

“In 62 years we’ve never missed out on frost. We are the coldest place in Queensland but we’ve got the warmest people,” said Pennisi.

“You don’t get better days than what we have at the moment. You get those cold nights and you get the most magnificent days outside.

“It is absolutely great weather to be in your sunroom, along the creek watching the water, or sitting on a park bench reading a book.

“The autumn leaves are falling off the trees, and raining down with big snowflakes of different colours, it’s actually quite spectacular.” 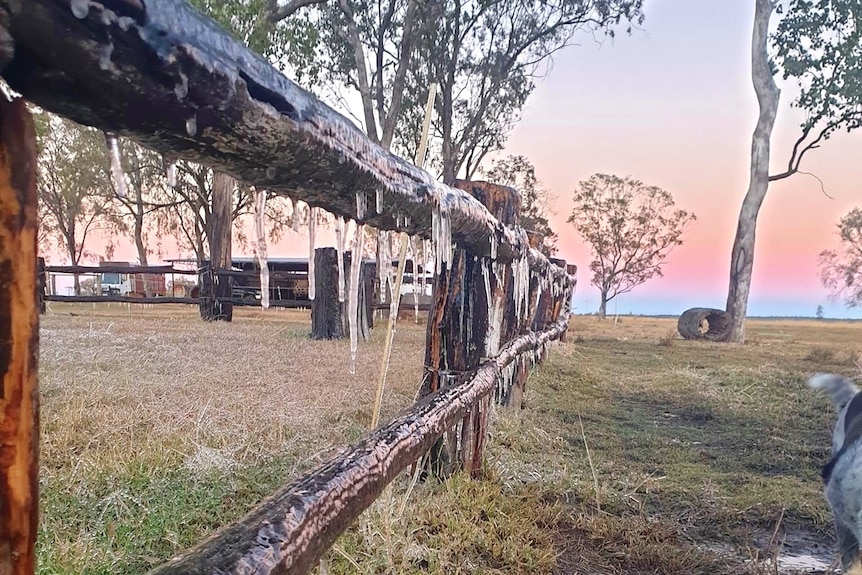 “Roma has experienced its lowest May minimum temperature since –2.9C on 16 May 2012,” said Marshall, meteorologist at the Bureau of Meteorology.

“Overnight temperatures will gradually increase closer to the May average over the next couple of days.”

Despite the chill, most of the state will remain dry with some coastal towns experiencing light showers from tomorrow onwards.

“Strong wind warnings are current for far northeastern coastal waters as a high extends a firm ridge up the Queensland coast, likely to remain for the next several days,” said Marshall.

Brisbane experienced lows of 9 degrees this morning with maximum temperatures of 23 degrees and sunny.