As a result, urgent calls are increasing for more brain research on female athletes as the number of women playing sport at all levels, including contact and collision sports such as Australian Rules, rugby league or rugby union, continues to rise.

Lecturer and researcher in Psychology at Southern Cross University on the Gold Coast, Dr Jim Donnelly, said despite many sports ramping up their efforts to address concussion in sport, not enough was being done for women.

“There’s a significant imbalance between the amount of research on concussions in men or male athletes at every level of play compared to women. There’s some studies that include both men and women, particularly if they’re playing the same sport, but we definitely need more on women,” Donnelly said.

“Women have a right to participate in any sport they want, but they have to be supported by the research so we know the risks.”

Barclay, 29, who died last October after a short but intense period of mental illness, was found to have degradation to her cerebral white matter or neurological damage that the brain bank researchers described as a “ticking time bomb”. 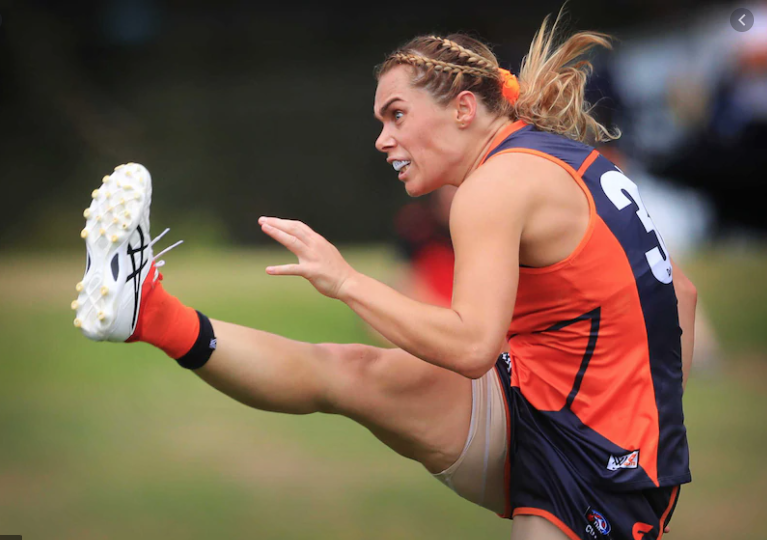 Donnelly said the findings showed not enough was known about the impact of concussions on players’ brains, particularly in sportswomen, to protect them from the impacts.

“It’s one of those myths that are perpetuated in the language that we use to talk about head injuries in sport, ‘Oh, it was just a head knock and I’m fine now.’

“It gets downplayed for all sportspeople, men and women at all levels, and that’s not right.”

Latest figures show more than 550,000 Australian women now play one of the four main football codes. Of these, 89,000 female players are in Queensland.

In January, the AFL issued new guidelines around head trauma, so all players now must be sidelined for at least 12 days if they suffer a concussion – a doubling of the previously mandated six days.

The NRL and rugby union haven’t followed the AFL’s 12-day rule, but have instituted their own return-to-play protocols for concussions that require medical clearance.

Donnelly said there were a number of reasons women were at higher risk than men, including having less neck strength.

“Female athletes generally have shorter and narrower necks, and lower head mass – their heads are smaller and less dense. Neck strength is a protective factor against concussion, so women may be more susceptible for this reason,” he said.

But it wasn’t only football or other contact sports that were the problem for athletes.

Equestrian activities, for example, had a much higher concussion rate than any of the contact sports, he said.

Under-reporting was also rife, Donnelly said. Only seven of the 63 girls who had a history of concussion told a medical professional, and of those, only two told a GP.

He said the study was repeated at a boys school.

“There we found the most common cause of concussion was mucking around,” he said.

“They’d get injured going down to the beach and pushing each other around, then someone would hit their head.

“We’d ask what they did about it, and the answer was nothing because they didn’t want to get in trouble.”