Premier Annastacia Palaszczuk told parliament another five cases were confirmed overnight, all overseas-acquired and detected in hotel quarantine before the travellers were taken to hospital.

That lifts the total number of active cases across the state to 41 – the highest it has been since the end of the first wave in the pandemic – and comes after Palaszczuk’s calls for a remote quarantine system failed to gain the support of the Morrison government.

While authorities stick with hotel quarantine as the first line of defence, more than 13,000 frontline workers have been vaccinated and protocols continue to be reviewed with every new strain of the novel coronavirus discovered.

However, a recent influx of infected travellers from Papua New Guinea has raised concerns that remote communities in Cape York and the Torres Strait could be at risk. An outbreak there would not lead to the same rapid health response seen in more populated areas.

D’Ath said the mobile staff would be able to test symptomatic people and provide up-to-date information on infection control and restrictions needed to keep communities safe.

The closest major hospital in Cairns is already under pressure and was this morning on ‘code yellow’ alert due to a lack of available beds.

D’Ath acknowledged there had been “unprecedented demand” for emergency department treated but said most related to lower, category five issues that could be dealt with elsewhere. 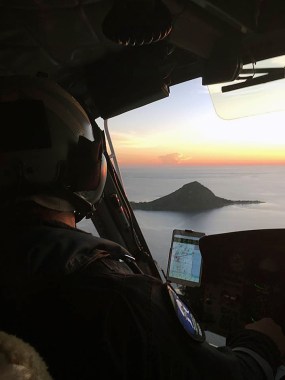 With COVID-19 here to stay, the time has come for better surveillance

Nonetheless, the government has provided another $25 million to ease pressure on public hospitals, including by making available beds in the private sector.

D’Ath has also held talks with the Australian Medical Association Queensland and the Royal Australian College of General Practitioners.

The boost for the health system came as Palaszczuk announced COVID-19 restrictions in Queensland would be eased further from 1am Saturday, with larger gatherings allowed in homes, outside venues, and camp sites ahead of Easter holidays.

“This is yet more evidence of our lives and economies getting back to normal,” Palaszczuk said, adding that Queenslanders had kept each other safe and would support each other in the economic recovery.