The government called for submissions on the five-year, post-implementation review last year, and quietly published its report on a website this week.

Overall, the government found the agreement, known as ChAFTA, had “met its broad objective of expanding economic opportunities for Australian businesses and consumers”. 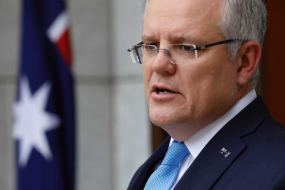 However, the government cautioned that the review was not intended to consider more recent trade tensions, and that such agreements operate in complex environments.

“In considering outcomes, it should be recognised ChAFTA was the result of a negotiated outcome between sovereign nations,” the report said.

“While the conclusion of ChAFTA represented an overall ‘win-win’ for Australia and China, this does not mean all stakeholders got the outcomes they wanted, particularly for agricultural product exports to China.”

Even some of the the positive submissions highlighted the difficulties with operating in the China market, such as the range of perceived non-tariff barriers, business uncertainties, the erosion of Australia’s competitive position, and “China’s actions up to and during 2020 relating to beef, barley and other Australian imports, which stakeholders saw as undermining the spirit and intentions of ChAFTA”.

“Stakeholder submissions also noted what they considered to be shortfalls in ChAFTA provisions, and the perceived deficit between actual outcomes under ChAFTA compared to what may have been possible with more open dialogue between China and Australia, together with timely and effective implementation of ChAFTA review and committee mechanisms,” the report said.

The review acknowledged Australian manufacturing, including the steel, copper, plastics, chemicals, textiles, clothing and footwear industries, had face increased competition from Chinese imports. Car manufacturing would have been more affected had companies not decided to cease making cars in Australia.

Original government forecasts on the likely benefits of ChAFTA extended to 2035, however it is unclear whether it will remain in place.