A development application lodged yesterday for the $190 million Kangaroo Point Green Bridge reveals a design meant to “touch lightly” on its landings at the corner of of Alice and Edward Sts and at Scott St, Kangaroo Point, on the other side of the Brisbane River.

The bridge will have a distinctive single mast rising above near the city side of he river supported by four “legs”, allowing a pier to form around the main deck.

The structure has been deliberately designed to maximise new views to inner city landmarks and vistas along the Brisbane River.

“The overall form of the bridge is conceptualised as a series of threaded jewels suspended over the water, stretching across the Brisbane river with elegance and apparent weightlessness, connecting Kangaroo Point and the City Centre,” documents lodged with the DA state.

Brisbane City Council has already decided the bridge will have a navigational clearance height of 12.7 metres, which is no lower than the Captain Cook Bridge.

Council aims to award a contract for the design and construction of the 470-metre long bridge by the middle of the year, with building beginning as early as late 2021 with a completion date of late 2023.

Construction of the second green bridge, at Breakfast Creek, is expected to get under way next year.

The remaining bridges will link Toowong and West End, St Lucia and West End and a fifth location yet to be determined. 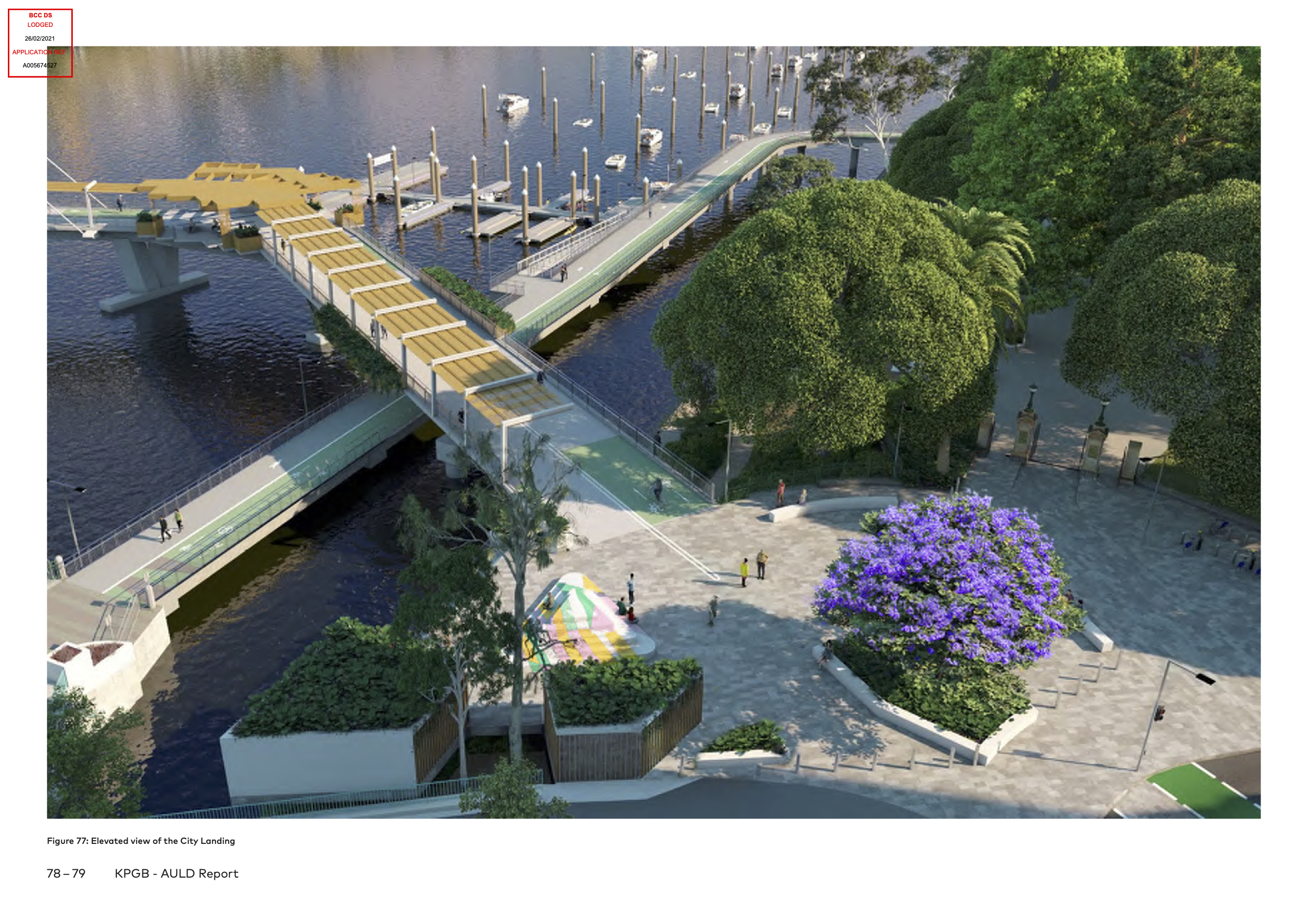 The Kangaroo Point green bridge is expected to care for more than 6000 cross-river trips each day.

Lord Mayor Adrian Schrinner has talked up the bridges as a solution to the surge in cycling and pedestrian activity in Brisbane, a trend that has only accelerated with the COVID-19 pandemic.

He said even with the ease in travel restrictions during the pandemic, many people had made lifestyle changes which mean demand for active transport options like green bridges would increase.