A parliamentary inquiry into Australia’s latest bid to foster a space industry has attracted keen interest from global giants.

Northrup Grumman told the inquiry Australia had made progress in recent years but its industry was “still comparatively embryonic when viewed through a global lens”. It argued governments need to be more proactive and look for sustainable growth.

“The overarching detail and coordination between federal and state governments, industry and academia is, at this stage, insufficient to truly harness the potential growth of the industry in a way that will deliver strong economic outcomes for Australia,” Northrup Grumman wrote.

“Industry requires a greater degree of certainty to invest at the level required to achieve the government’s growth goals for the sector.”

Northrup Grumman said Australia should prioritise capacity-building, with local small-to-medium enterprises backed by experienced players, “resisting the temptation to overreach and instead focusing resources on sovereign pursuits that will achieve real capability and economic benefits for the nation”.

But Virgin Orbit, in its submission, called on Australia to shoot for the stars – or planets, to be exact.

“Australia should pursue a joint mission, leveraging Virgin Orbit’s beyond-Earth-orbit launch capabilities, to a destination beyond Earth orbit, such as cis-lunar space, Venus, Mars, or beyond,” Virgin Orbit argued.

“In addition to providing a near-term milestone achievement for the country’s new Space Agency, such a mission would provide access to space for startups in Australia, and would help bolster the Australian aerospace industrial base, furthering Australia’s position in analytics and science. “

Virgin Orbit, which uses an air-launch model using modified 747-400 aircraft, said the Australian government should purchase its own aircraft to support such missions, invite local companies to construct the ground equipment, and look for cost-sharing arrangements with those who might have payload.

The Federal Government has a strategy to diversify the economy, triple the size of Australia’s space sector and grow an additional 20,000 jobs by 2030

The Queensland Government has its own strategy, aiming to make the state a leading centre for launch activities, ground systems, Earth observation, niche manufacturing, robotics and automation for space by 2025.

In the last state election campaign, the major parties both called for Abbot Point to be considered as a potential ground launch facility, and backed the commercial ventures of Gold Coast company Gilmour Space Technologies.

But the market settings may still need changing. Gilmour Space, Equatorial Launch and Southern Launch, in a joint submission, called for less red tape and the abolition of launch permit application fees to bring Australia in line with other markets. 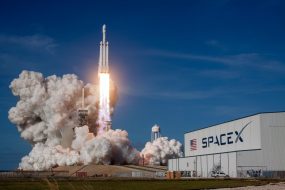 No parking: Why three space probes are all about to land on Mars

Queensland University of Technology, in its submission, argued the Federal Government was wrong to prioritise funding for companies over funding for the university sector. It also questioned whether mining companies, for example, would co-invest in early-stage space research and development as claimed.

“Despite the success of companies like Fleet and Gilmour Space Technologies in raising venture capital, options to access capital in Australia are limited,” QUT argued.

“A government fund in the vein of The Biomedical Translation Fund, properly linked to university commercialisation offices and focused on providing significant early-stage funding for space companies, would assist development and commercialisation. “