A report into an outbreak last month at Brisbane’s Hotel Grand Chancellor where a cleaner contracted COVID-19, resulting in a snap three-day lockdown of the city, is due to be released later on Friday.

The joint police and health department investigation is unlikely to pinpoint any individual mistake or deliberate breach of protocol.

Queensland Premier Annastacia Palaszczuk says the report will reveal that the virus spread via the hotel’s corridors.

“This virus is actually just circulating in the corridors so it’s a wake-up call, it’s happening in Western Australia, Victoria and Queensland, so we’ve got to do more – our quarantine is our last line of defence when it comes to protecting Australians,” she told Nine’s Today program.

The Premier said the report is set to recommend people in quarantine must wear masks when they open their doors to receive meals, put out rubbish or change over their linen.

She said the virus is so hard to contain within hotels, the longer-term solution is moving quarantine out of major cities, so if outbreaks occur they don’t spread quickly in urban areas and trigger lockdowns.

Palaszczuk is taking her proposal to set up a network of outback or regional quarantine facilities in vacant mining camps and other locations to national cabinet later on Friday.

“This is why I’ve been calling to have quarantine in other locations, away from your city centres where everyone’s got to travel back in from,” she said. 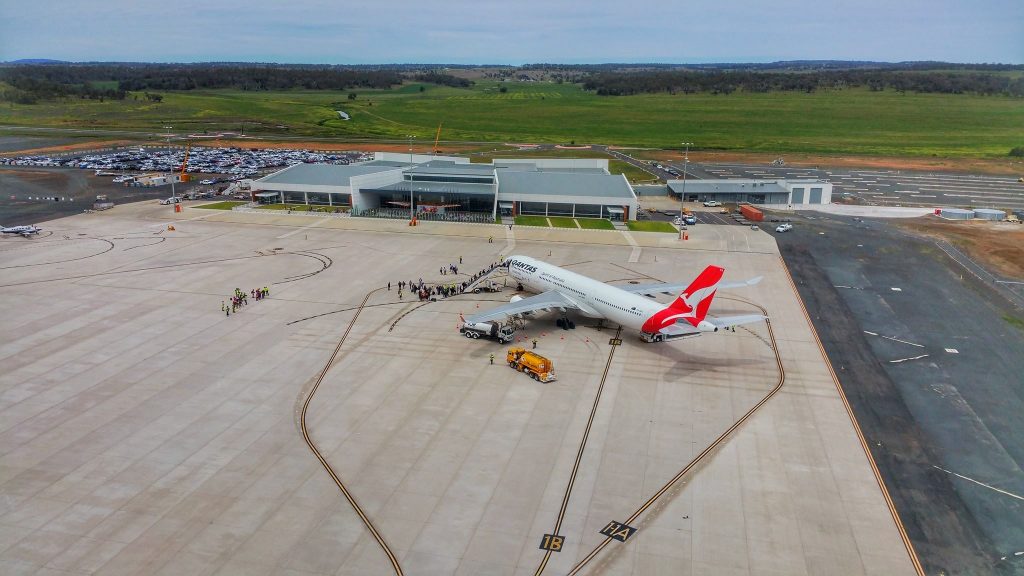 Prime Minister Scott Morrison will today examine more closely a proposal to quarantine overseas arrivals at Toowoomba’s Wellcamp Airport, but says it’s unrealistic to think there could be anything to replace the hotel quarantine system to allow people to safely enter from overseas.

Morrison said that with the option of a mining camp facility in Gladstone now off the table, the government was considering a facility at Toowoomba’s Wellcamp Airport for “supplementary capacity”.

He said he would be writing to Palaszczuk regarding the proposal, which is understood to offer 1000 rooms for travellers and 300 for staff.

Arrivals at the privately-funded airport in southern Queensland would go straight from the tarmac to the quarantine facility for checks.

The prime minister will meet with state and territory leaders for national cabinet on Friday, amid calls for more creative ways to quarantine returning Australians and greater federal oversight of quarantine.

Labor health spokesman Mark Butler said Morrison can’t “sit on his hands” and wait for solutions from the states.

“The Constitution is very clear – national quarantine arrangements for people returning from overseas are the responsibility of the Commonwealth government,” Butler said.

Morrison told reporters his government was open to “good proposals” to supplement the hotel system.

“(But) it remains the case that the most effective way to deliver at the scale that Australia needs … (is) hotel quarantine,” he said.

“That remains the advice I have from my experts and the alternative is not that clear to me.”

The Grand Chancellor was shut in January after six people linked to the quarantine facility tested positive for the highly contagious UK strain.

Police have been investigating the cleaner’s case and suspected transmission between guests on the hotel’s seventh floor.

Opposition health spokeswoman Ros Bates said it was concerning the government hadn’t released the report as soon as it was completed last week.

She hoped the report will pinpoint a clear breach so the government can learn from it and avoid repeating it in future.

“Is this government going to do what it normally does and put it through the spin-cycle, deodorise and sanitise it before it comes to the people of Queensland,” Bates said on Thursday.