Tara Brown, 24, was killed by her ex-partner Lionel Patea in a horrific domestic violence attack after she dropped their three-year-old daughter off at day care in Molendinar on September 8, 2015.

Patea pursued and ran Ms Brown’s car off the road before he bashed her almost 30 times to the face and head with a steel water hydrant cover while she was trapped in her upturned car.

He pleaded guilty to Brown’s murder and was sentenced to life in prison in 2017.

A coronial investigation by Deputy State Coroner Jane Bentley into the death of Brown has revealed police failed to investigate her complaint properly after she sought help from officers at the Southport police station to get a domestic violence protection order five days before she was murdered.

The actions and inactions of police officers at the station have been the subject of an internal police investigation by the Ethical Standards Command (ESC).

It comes a week after the deputy coroner criticised police and social workers for mishandling the case of Fabiana Palhares, a pregnant Brazilian expatriate who was bludgeoned to death by her ex-boyfriend on the Gold Coast.

Bentley noted the fatal attack on Brown was the culmination of a long history of domestic violence committed by Patea, but there was a significant escalation of violence 10 days before her death.

Brown wanted to report one particular incident from August 30, 2015, where Patea pinned her down on a bed, put scissors to her neck and threatened to stab her, leaving her fearful for her life.

“Ms Brown was scared for her life and was crying,” Bentley said.

“This torment lasted for between 10 and 20 minutes and only ceased when Mr Patea’s aunt arrived at the house and intervened.”

On the day Brown went to the police station with her mum and lawyer to report Patea’s escalation behaviour, she had received over 270 text messages and calls from him between 3:00am and 1:00pm that day.

One said: “U COLD HEARTED DOG U CAN GET F****D … IM LOOSING IT TARA SERISLLY IM A SINGLE DAD IF U WANNA DITCH US IM GUNNA MAKE U FEEL LIKE U WISIH U NEVER HAD UR DAUGHTER.”

The deputy coroner found the constable did not consider the fact that she had been sent hundreds of messages in the space of hours to constitute domestic violence.

“Ms Brown showed the constable the threatening text messages that Mr Patea had sent her,” she said.

“He looked at some but considered that there were no direct threats of violence.”

Bentley said police refused a request from Brown to speak with police in a private room about Patea and instead was forced to stand at the front counter to speak with the constable.

The deputy coroner said Brown had seen a member of Patea’s family outside the police station and was fearful they were watching her and would report back to him.

Bentley said the constable Brown had dealt with also failed to take statements from her mum or solicitor who accompanied her to the station that day, despite them witnessing the abuse Patea had inflicted on her.

She said the constable also failed to accurately document the threatening scissor incident.

“Ms Brown reported that Mr Patea held scissors to her throat and threatened her, but the constable’s recollection and reporting of events differed dramatically from that of the solicitor and Ms Brown’s mother, who were also present,” Bentley said.

“He recorded that scissors fell out of Mr Patea’s pocket after he pushed her onto the bed and that it was not a violent push.

“Ms Brown was reluctant to sign a statement about the events.

“The constable spoke to his shift supervisor, a sergeant, and both concluded that they had no evidence to confirm that DFV had occurred.”

Bentley said instead of recording the matter as a domestic violence occurrence, the constable recorded it as intelligence in the police database and had not investigated the complaint further or made an DVO application.

“It is clear that the frontline officers on duty that day lacked a comprehensive understanding of applicable legislation and policies,” she said.

“They also failed to identify the risk that Mr Patea posed to Ms Brown.”

Brown was instead instructed to make a private domestic violence application, which she did at the local magistrates court late that day.

Bentley said the police officers who spoke to Brown failed to understand or realise that at least 27 out of the 40 intimate partner homicide lethality risk factors were present at the time of her death.

Brown’s stepfather, Jonny Gardener, said her family was absolutely amazed and distressed that the lethal risk factors were missed. 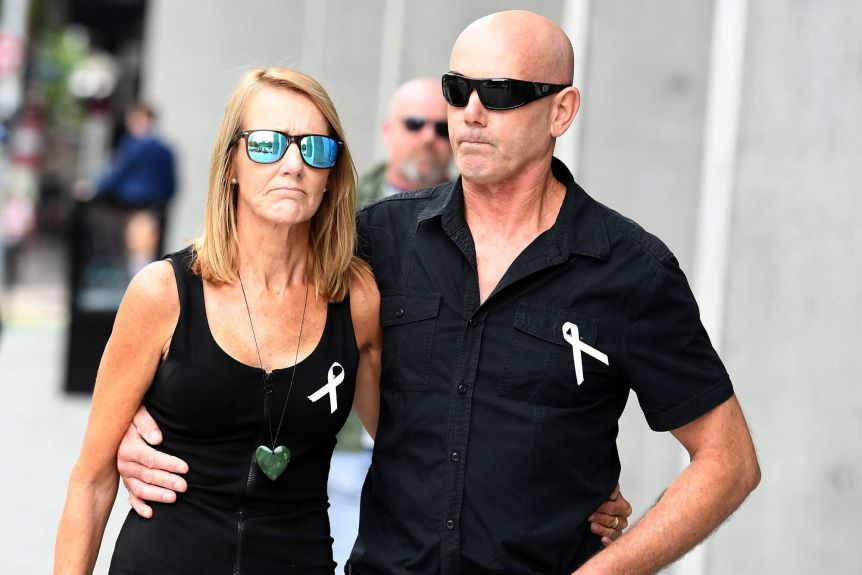 “There was massive indicators that were was domestic violence and that evidence was largely ignored,” he said.

The deputy coroner said the constable told ESC investigators that his understanding of the police database was so lacking that he could not access the relevant historical information about Brown and Patea.

The ESC investigation also discovered a raft of failings, including that the shift supervisor sergeant was unaware of the Domestic Violence Protective Assessment Framework checklist used by police to determine the seriousness of DV incidents, which was implemented in 2012.

The sergeant also told the internal police investigation it was “commonplace for women to make false allegations [of] DFV [domestic and family violence] to further their position in relation to Family Court matters”.

The ESC investigation found there was sufficient evidence for the constable to make an application for a domestic violence protection order (DVPO) on behalf of Ms Brown and he failed to investigate the complaint properly.

It found his failure was a breach of discipline and there was sufficient grounds for disciplinary action to be instituted.

The police investigation also found the shift supervisor sergeant failed in his duty to properly supervise the constable or to ensure action to investigate the allegations of DFV were taken which was a breach of discipline and here was grounds for disciplinary action.

The Not Now, Not Ever report released in 2015 included several recommendations directed at Queensland police to improve police officer’s understanding of the dynamics of domestic and family violence and to strengthen options for perpetrator accountability.

In a statement, the Queensland Police Service (QPS) said as a result of the internal investigation, two members were the subject of disciplinary action, with one officer disciplined and the second retired prior to this occurring.

“As noted, the QPS response has also been the subject of coronial proceedings as well as the ‘Not Now Not Ever’ report,” a QPS spokesperson said.

“The QPS learnt a number of lessons from this incident and has taken action as a result.

“The main area of concern from the ‘Not Now Not Ever’ report was cultural issues within the QPS, which the service has worked hard at addressing and improving.”

Bentley acknowledged the QPS had adopted all recommendations from the report and had significantly improved its procedures.

“Whilst it is impossible to determine whether the tragic outcome for Ms Brown would have been avoided if QPS had addressed the issues adequately, it is clear that Ms Brown was not assisted as comprehensively as she could have been, had the information provided to QPS been dealt with appropriately,” she said.

“However, I accept that since the death of Ms Brown and the ‘Not Now, Not Ever’ report, there have been significant improvements throughout the Queensland Police Service in relation to procedures surrounding identifying and preventing domestic and family violence.”

There has been a raft of organisational changes, including the appointment of a deputy commissioner as a DFV Cultural Change Champion, the establishment of the State Domestic, Family Violence and Vulnerable Persons Unit — to provide specialist advice and enhanced operational support — and improved training, education and professional development for officers.