More than 50 people, including friends, family and local police, gathered about 6:00pm yesterday near the intersection of Vienna and Finucane roads, where the fatal crash happened.

Flowers and teddy bears were piled up on the footpath, as young mothers, senior citizens and other members of the community were seen paying tributes.

Danielle Leadbetter, aunt of Katherine Leadbetter, said the vigil was a “beautiful representation” of their caring community. 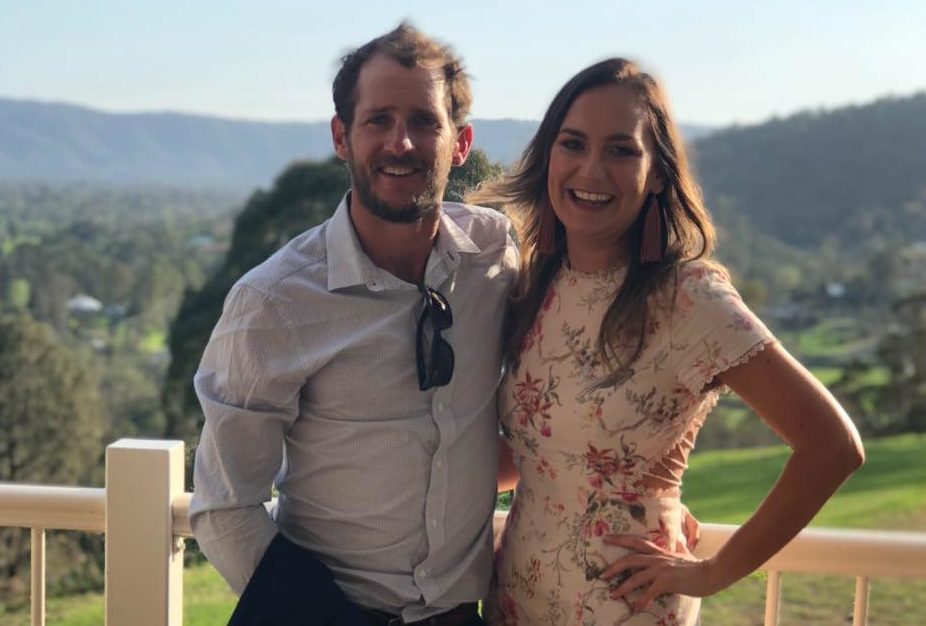 “Everything that took Kate was evil … this is kindness.

Danielle Leadbetter recalled her memories of Katherine being a bridesmaid at her wedding.

“I want Kate to be remembered as a beautiful, happy, loving young girl — that’s the way I remember her … especially on my wedding day,” she said.

“I just remember her as my little bridesmaid — she was cute and adorable.”

Redlands City Councillor Tracy Hughes said the emotional outpour from the community was heartfelt and intense.

“It is genuinely raw — true emotion,” she said.

“I was here early today, and the procession of folk have been coming through all day.”

Resident Nikki Kemp said the spot was popular with residents for walking dogs and she had thought the area would be safe.

She said she attended the vigil to show her support for her community.

“For this to happen in such a local area, where I live, is heartbreaking,” Kemp said.

“I just hope this can affect what happens in the future, so there’s nothing like this ever again.

“That’s why I am here tonight, just to pretty much show my support and love for everybody in this area — not just this area — but for Brisbane as well.”

Another resident, Maria Karageorgiou, said the event was daunting and showed the fragility of life.

“I thought you should feel safe walking your animal and then that happens … you’re not even safe to walk out of your house,” she said.

Olivia Harry, who also lives in the area, said the support from the small but well-knit community was beautiful.

“It’s just beautiful, the community coming together,” she said.

“We brought some flowers and candles and a little toy for the baby — everyone is so heartbroken by what’s happened.

“It’s a small area … everyone knows everyone around here.”

Danielle Leadbetter called upon Queenslanders to contact their local MPs and campaign for change to deter young offenders.

“No more loss of lives, no more families being killed, because young offenders want to have that moment of fame,” she said.

“It’s one thing to be outraged on social media, but it’s another thing to go to your member of Parliament and say, ‘I want change.’”

A 17-year-old male, who was allegedly driving a stolen four-wheel-drive that killed the couple as they walked their dogs just before 5:30pm on Tuesday, was charged with two counts of murder.

The teenager, from the Logan suburb of Waterford West, was remanded in custody after the matter was briefly heard in Brisbane’s Childrens Court on Wednesday afternoon.

He was unable to apply for bail due to the nature of the charges and the matter was adjourned until March.

Police are urging anyone who might have seen or filmed the vehicle between 4:00pm and 5:30pm on Tuesday to come forward.