The 17-year-old from Logan, who cannot be identified, has been remanded in custody and did not appear as the matter was mentioned briefly in the Children’s Court on Wednesday.

Family were left devastated after Brisbane couple Kate Leadbetter, 31, and Matthew Field, 37, were killed while walking their dogs on Australia Day.

Police are waiting for confirmation of Kate Leadbetter’s pregnancy and Assistant Commissioner Brian Codd said there is provision for offences relating to the killing of unborn children.

“That is certainly something we’ll be considering as part of the ongoing investigation,” he said.

Police allege the 17-year-old boy ran a red light and collided with a truck at an intersection before the 4WD rolled and ploughed into the couple who were crossing the road.

They both died at the scene on Finucane Road in Alexandra Hills and it’s alleged the teen fled before stealing a set of keys from a nearby house.

He was then arrested by police after being disturbed by the resident.

“Here’s two people going about their business innocently on Australia Day, walking their dogs, they should be entitled to do that,” Codd said.

“To have them ripped away from their families is an absolute tragedy, and I can assure you it’s impacted very heavily on the first responders and witnesses who faced that.” 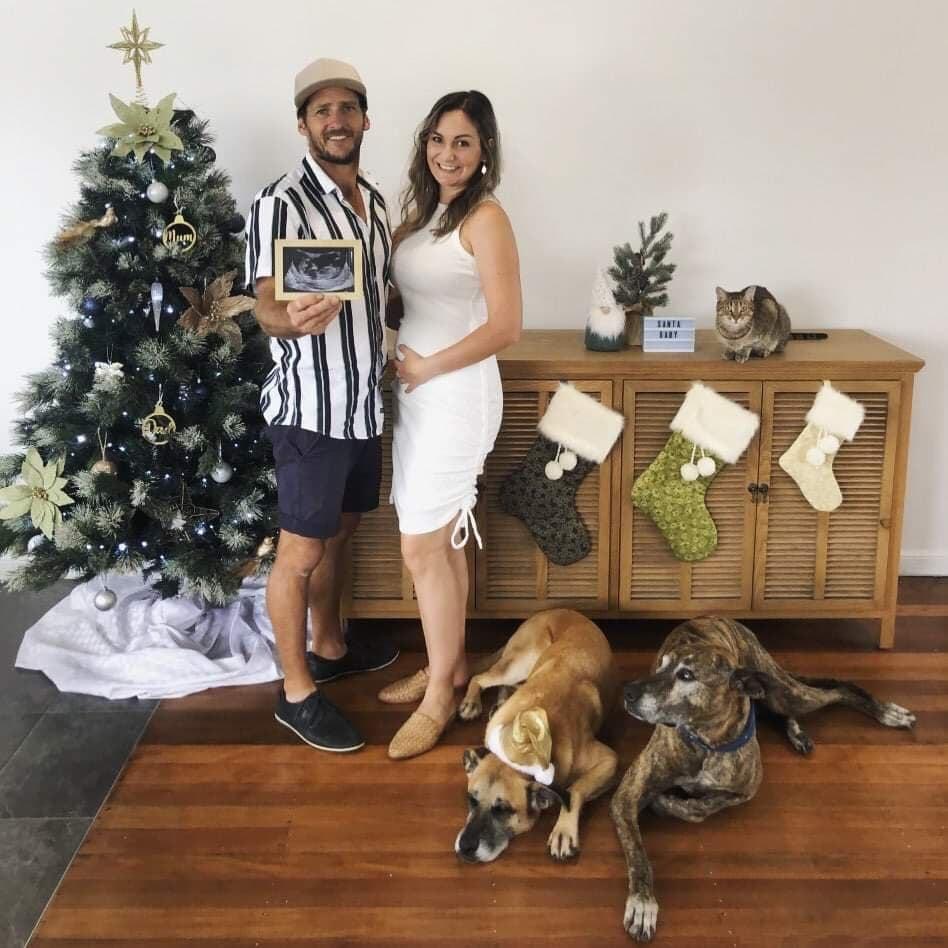 A Facebook post on a Queensland lost pets page issued an urgent call to help locate the couple’s dog, Frankie, that reportedly ran from the crash scene.

It will be alleged the boy deliberately collided with another car at the same intersection shortly before the couple was killed.

Police believe the Landcruiser was stolen from a home in Cleveland earlier that afternoon.

The 17-year-old was charged with two counts of murder as well as offences relating to dangerous driving while under the influence of an intoxicant and burglary.

Outside court, the teen’s lawyer Patrick Horgan said it had been a “very traumatic experience for everyone involved” and declined to comment further.

Horgan strongly objected to media applications to be present as the matter was heard, saying it could be prejudicial to the teen’s right to a fair trial.

His objection was overruled by magistrate Rosemary Gilbert.

“They are charges which are of an extremely serious nature,” she said.

“There is in my view good reason to allow he reporting of he proceedings today.”

The teen has been remanded to reappear by videolink in March and could face further charges relating to the death of an unborn child.