Cindy Low, Kate Goodchild, Luke Dorsett and Roozi Araghi died when their raft collided with an empty raft and flipped in October 2016. A coronial inquest heard evidence of a litany of issues with the ageing, modified and failing equipment at Dreamworld.

Ardent Leisure was last year fined $3.6 million after pleading guilty to three breaches of workplace, health and safety laws brought by Queensland regulators. The appeal period has now passed, meaning Ardent Leisure has accepted the penalty as it seeks to regain public trust in Dreamworld.

But shareholders in Ardent Leisure Group still want the company held to account for its behaviour before and after the 2016 incident. In a class action, they have asked the Federal Court to have Ardent Leisure compensate them for financial losses due to an inflated share price before, and the exacerbated losses since, the four people died.

The amount being sought by the shareholders is unclear, and theirs is only one of the lawsuits against Ardent Leisure. The company’s share price fell from $2.35 before the incident to 10 cents last year, and has barely recovered.

Documents filed in the Federal Court argue Ardent Leisure executives failed to ensure Dreamworld responded to previous incidents on the ride, released adverse safety audits, or implemented proposed safety measures over a 10-year period. That is despite the company making positive public statements that gave the public, and investors, confidence that any safety issues were well-managed.

“(Ardent Leisure) did not have systems in place which maintained a safe environment for guests at Dreamworld,” state the documents filed on behalf of the shareholders. 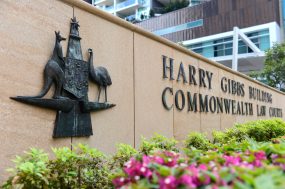 In late December, lawyers for the shareholders updated the court claim, including litigation funding agreements. A case management hearing is scheduled for March.

Last week, InQueensland revealed the legal costs for a pelvic mesh class action came to almost $40 million, payable by the respondents unless they win an ongoing appeal. Shine Lawyers, which won the first round of the case, is not believed to have engaged a litigation funder.