Gold Coast surfboard shaper Steve Del Rosso has been making boards for more than 30 years, but he has never seen a year like 2020.

An increase in the number of people surfing during the coronavirus pandemic, coupled with difficulty sourcing manufacturing supplies, has led to a surfboard shortage on the coast, according to the veteran shaper.

“[There’s] definitely a surfboard shortage at the moment,” he said.

“I think because we’re struggling to get the materials, it’s slowing down all the production, and then with more people surfing, demand is bigger than it has ever been, and we’re really struggling with stock.” 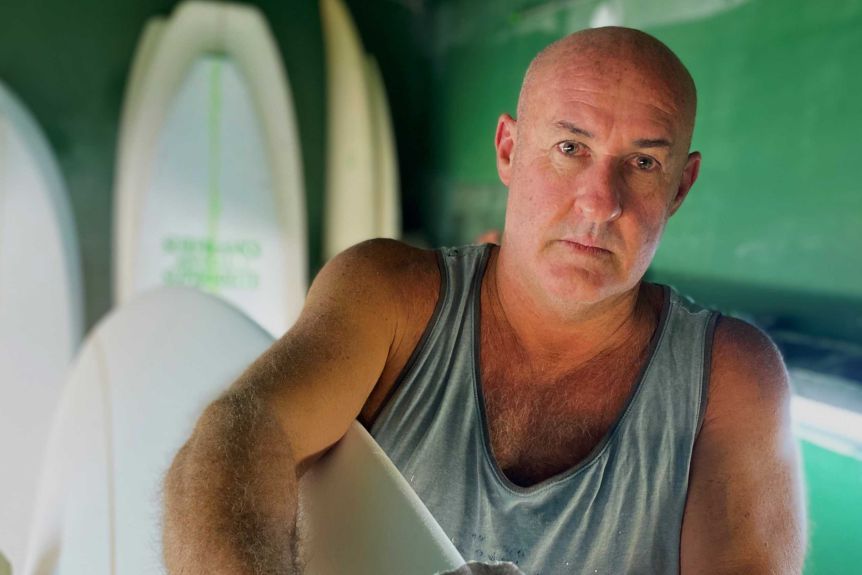 Del Rosso said wait times for custom boards had blown out from a week to more than three months, with many major manufacturers stopping Christmas orders months ago.

“International companies are buying up Aussie materials, the blank foams and fibreglass have also been an issue, leaving a shortfall here,” he said.

Retail data from ActionWatch, which provides figures from the surf and action sports sectors, said sales of mid-sized boards were up 151 per cent on 2019.

Del Rosso said he believed a number of factors had contributed to the sharp increase in surfing’s popularity, including that people could do it while safely socially distancing.

“People can’t travel overseas so they have more money to spend, and also more people are working from home and then with JobKeeper too, we’ve noticed a massive increase in people in the surf,” he said.

Gold Coast draughtsman Alex Piccolo is one person who’s found himself paddling out a lot more during the pandemic.

Prior to COVID-19 he was lucky to find time to surf on weekends, but now he’s working from home, he often goes out in the morning when he’d usually be commuting.

“Working from home gives me more time to schedule my time. I save time not having to drive to the office or having breaks in the office,” he said.

But, he adds, it did take him a while to get his hands on a new board.

“I did order a new board but it was a long wait, about two months,” he said. 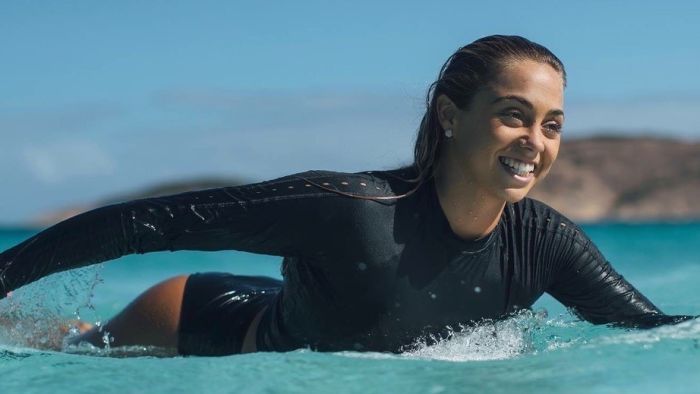 Pro-surfer Ellie Brooks says during COVID-19, the surf is the busiest she’s ever seen it. (Photo: ABC)

Australian professional surfer Ellie Brooks said during COVID-19, the battle for waves in Queensland had been tougher than ever before.

“With more people you’ve got to be more energetic and feisty out in the water because everyone is frothing and everyone is keen to get a wave,” she said.

“For a while there it got really aggressive. We’re lucky on the Gold Coast we have so many breaks,” she said.

Brooks said she was aware of some shapers having backlogs of 1,700 boards they were trying to produce by Christmas.

“A lot of my friends have struggled to to get boards, it’s been ridiculous,” she said.