After Premier Annastacia Palaszczuk’s announcement opening the borders to Sydney residents on Tuesday, and Victorians a day later, phones at Sunshine Coast tourism outlets have been running hot.

Property manager Sue Willis said many of those landing at Sunshine Coast Airport would travel 30 minutes north to Noosa, after the region faced so much uncertainty.

“When we came into this back in March, we thought we were going to have three months and we’d be back to normal.”

She said “millions of dollars worth of bookings” had to be scheduled and rescheduled to the end of the year, desperately hoping Victorians would be free to return.

“We also know that Victorians spend a lot more per head than Queenslanders do — I’m sorry it sounds crazy, but it’s true.”

Willis said one property on her books rented for “about $100,000 a week”, and it had had three bookings since confirmation that borders would reopen from December 1.

“Normally that money would go offshore,” she said. “The people coming — at least two of the families — would normally be on a superyacht in the Mediterranean right now.

“So we’re bringing some really good money into the economy and we’re really looking forward to the future.” 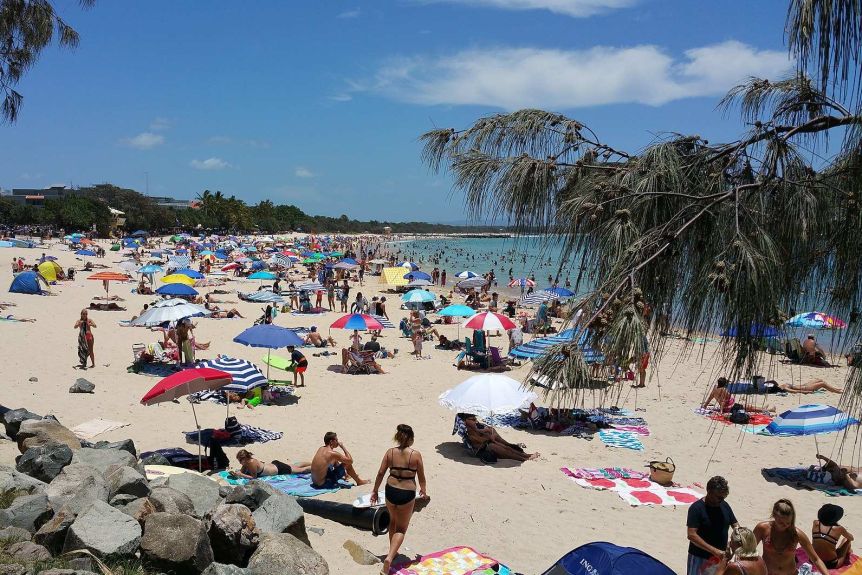 It’s an extraordinary turnaround after earlier this year, when the Noosa Chamber of Commerce and Industry warned the local economy would lose up to $600 million if the borders were closed only until September.

“Our businesses and their employees cannot cope with another three months of this fiscal haemorrhaging due to interstate borders being closed,” it wrote in June.

Visit Noosa chief executive Melanie Anderson said if borders had remained closed in the lead-up to Christmas, visitor numbers could have been down by more than half.

“It would have actually meant a lot of cancellations and a lot of empty rooms while people have already got their Christmas plans in place,” she said.

“It would have been hard to come back from that.”

Tourism Noosa’s Vynka Hutton said accommodation providers were almost at capacity in what would be a welcome boost for business in the region.

“They really needed this pick-me-up to get them through another four to six months,” Ms Hutton said.

“We’re very excited to welcome them back, and particularly going forward into February, March to keep our tourism industry going.

“Bookings are looking very strong — there’s still some availability in the Noosa region, but I would get in quickly.”

“Phones are running hot. It’s going to be busy … there’s an excited, nervous tension,” he said.

“They’re not just booking one sitting, they’re booking every day, so doing three dinners, four lunches and they want to get it all locked in now.

“Noosa’s going to be on steroids.”

Ingold said the restaurant was still unable to run at full dining capacity, so staff were feeling well prepared for the border rush.

Melbourne couple Josef Goldbaun and Neesa Solewicz said they could not bear spending another minute in Melbourne having lived through many months of strict lockdown.

The pair decided to endure the two weeks of hotel quarantine on the Gold Coast so they could escape to the Sunshine Coast for a holiday, where they have now been for two days.

“It was terrible, the lockdown felt like you were in jail for six months, couldn’t do anything,” Mr Goldbaun said.

“We’re here just to totally get out of Melbourne; the atmosphere there was bad, full of frustration, couldn’t visit people, couldn’t see family.”

The couple said it was a stark contrast to Noosa’s Hastings Street, where they could walk freely.

“We got out of quarantine a week ago and went to a [Noosa] apartment and finally freedom,” Mr Goldbaun said.

“We have more freedom to walk around, don’t have to have masks on — it feels liberating.

“We managed to book our place just before the announcement with the borders and now you can’t get in there any more.”