The case has become a battleground for both sides of the debate over Queensland’s coal production and the opening up of the Galilee Basin, but has also led to unprecedented actions from activists and the company in pursuing their claims.

Adani, which is currently developing the Carmichael mine in the Galilee Basin, had previously made an unsuccessful application for an “Anton Piller” order from the Supreme Court to raid Pennings home in search of information. While that failed it was successful in getting injunction from the courts to prevent Pennings using any confidential information he may have had.

Adani’s strategy followed previous calls by Pennings’ Galilee Blockade for people to seek employment with Adani and pass on information about its activities. 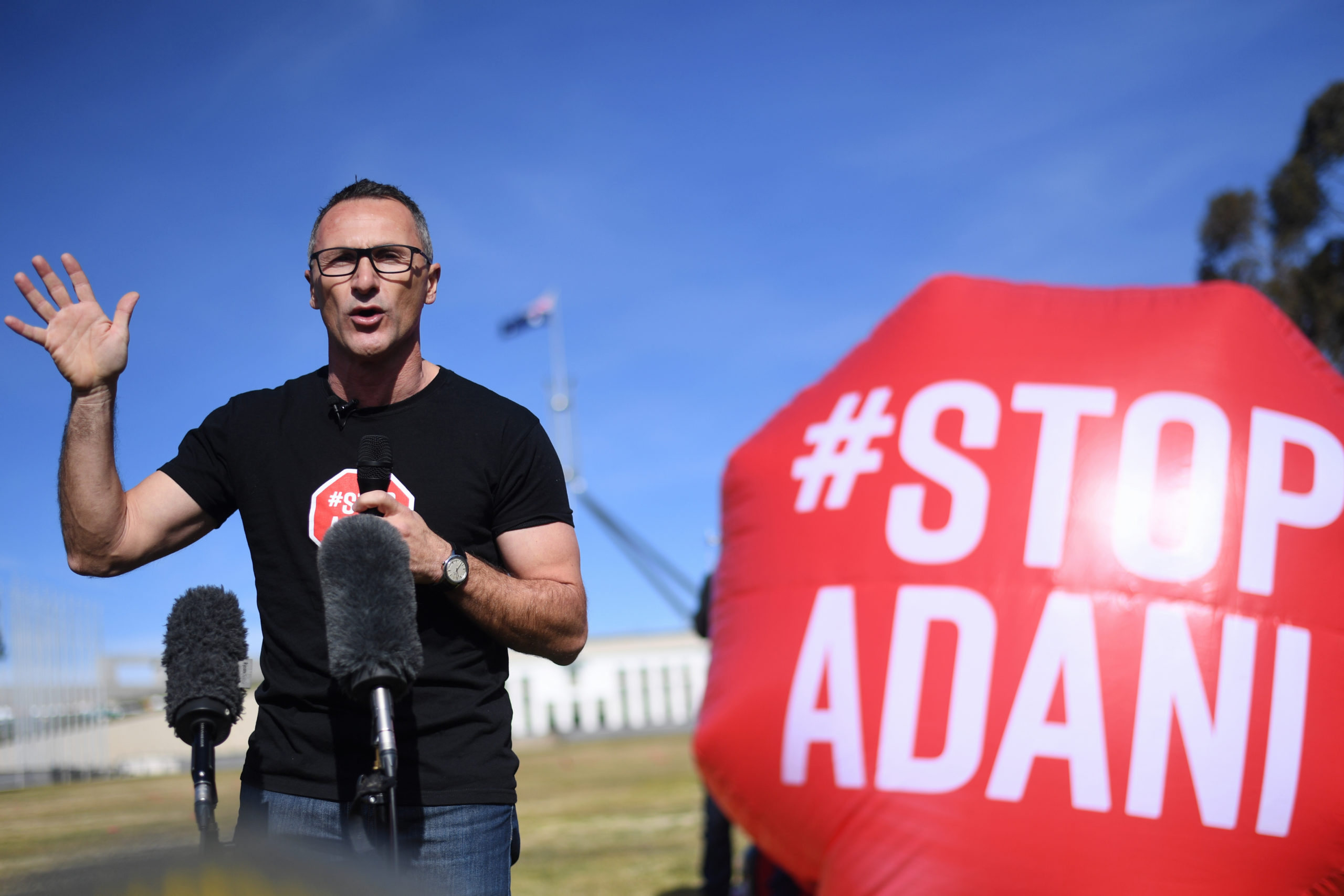 The Greens’ anti-Adani roadshow was a watershed moment in the last federal election. (AAP Image/Lukas Coch)

Adani said its actions were about protecting its rights to carry out legitimate business activities free of intimidation and harassment, but Pennings said Adani’s “goons” also followed his wife and took photos which included his nine-year-old daughter.

“Adani’s goons followed my wife despite the fact she’s never been to a Stop Adani protest. Taking photos of our nine year old daughter walking to school is extremely creepy and completely abhorrent,” Pennings said.

But Adani said it had legally collected information “through various means in support of our legal proceedings”.

“Any surveillance activity related to the relatives of Mr Pennings was an effort to determine the time of day to carry out a search order that would see the least disruption to residents if it was granted by the courts. Our court proceedings relate to Mr Pennings alone and we are actively trying to avoid disrupting his family where possible,” the company said.

Adani continues to hold a civil damages claim against Pennings and the activist has raised about $190,000 through crowdfunding to fight the claim in court.

“We are unapologetic for exercising our legal rights and we will use all legal means available to us to protect ourselves, from individuals who act unlawfully.

In the latest steps, activists were claiming victory after Lloyd’s of London firm Apollo, which has written insurance for Adani in the past was not planning to provide any further insurance for the mine.

That decision followed activism by the #StopAdani campaigners.