The Rhodes Scholarship gives young people from around the world a chance to study at Oxford University in England. 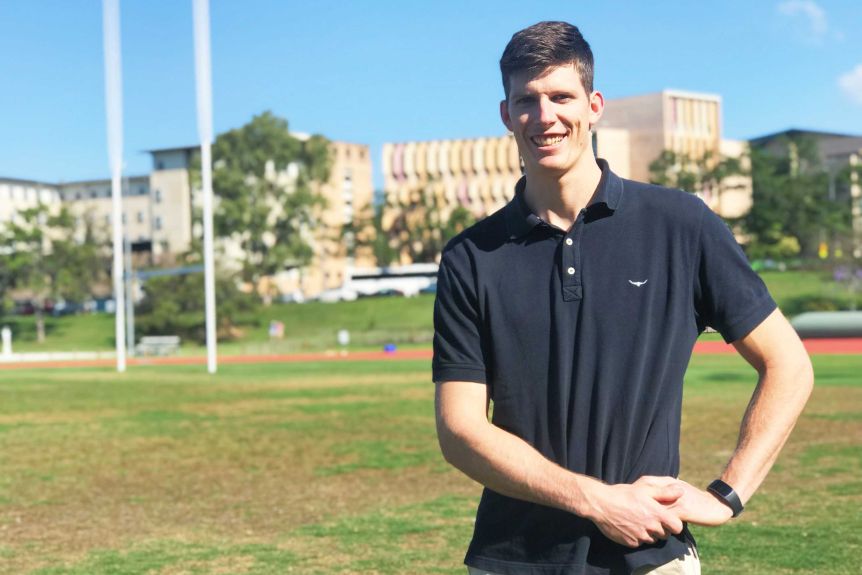 The 26-year-old played 56 games for the Brisbane Lions, but was forced to retire from the AFL in 2016 after an incident at training left him seriously concussed and affected his memory and mobility.

He was nudged in the back as he went for the ball, stumbling forward, with his forehead colliding with the knee of a player coming the other way.

He was knocked out for 15 seconds, but lost all memory of the incident and the succeeding three weeks.

As a result, the then-22-year-old was told not to play any contact sport for the rest of his life.

Since then, he’s thrown himself into his studies.

“After my football career ended on medical advice, I began studying aerospace engineering, a discipline I am passionate about and in which I want to make a difference,” Clarke said.

“Hypersonics is an area of active aerospace research which can radically change the way we travel around the world and improve access to space.”

Clarke plans to do a Doctor of Philosophy in Engineering Science at Oxford’s Thermofluids Institute, modelling hypersonic pulse tunnels.

He has been a consistent high achiever at UQ, and is an ambassador for the university’s Queensland Brain Institute, a role promoting concussion awareness.

Clarke also assistant coaches for the Western Magpies, where he focusses on developing the game knowledge of young key position players, and proper body positioning in aerial contests.