Tuesday’s storms brought 72mm of rain across Brisbane, with flash flooding reported in several areas during the city’s wettest October day for a decade.

BOM senior forecaster Peter Markworth told ABC Brisbane that today could be just as bad, with more thunderstorms in the forecast.

“It’s very much a carbon copy of what we saw yesterday, with showers and thunderstorms to pop up through the mid-morning and then start to roll off towards the east coast as we get through the afternoon,” Markworth said.

“We are expecting super cells further out west, potentially making it over towards the coast. 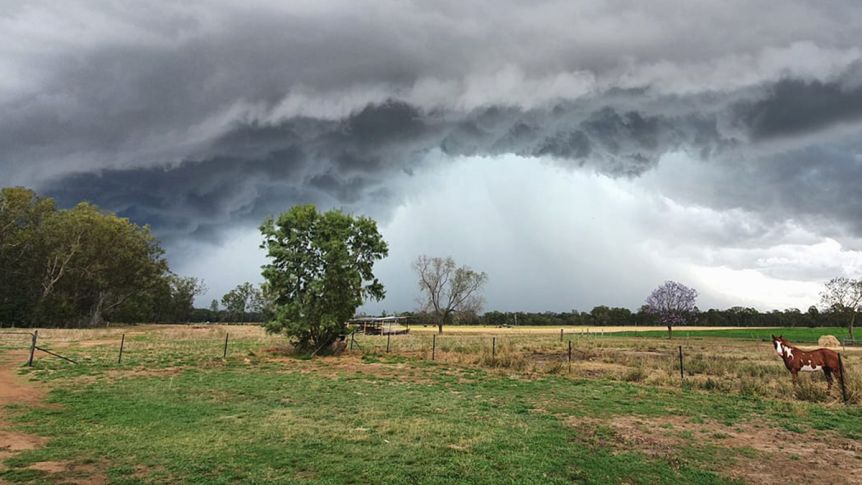 “[So] we should expect a very similar situation to yesterday where we saw a bit of squall line move across with the heavy rainfall that fell across Brisbane city and suburbs.”

Markworth said Brisbane and the southeast region could see more hail, although not as severe as earlier this week.

“Hail and damaging winds become slightly less of a risk, but we are expecting more of that rainfall,” Markworth said.

“[Hail] will be something to watch [because] those really small isolated cells are usually the strongest ones, especially if they are moving directly east rather than from the north-east as they combine, so we can expect heavy rainfall.”

The rain could continue into Thursday, before some drier weather arrives for the rest of the week.

“[Tomorrow there will be] lingering activity through the early morning, perhaps another bit of a band of showers and storms as a trough moves off shore, so expect that to happen overnight — we should see a little bit of rainfall associated with that as well,” Markworth said.

“That lingering activity should be whipped away off the water by mid-morning [Thursday] and then expect quite dry conditions with a difference in humidity, and fairly clear conditions for the rest of the afternoon.”

Brisbane can expect a top temperature of 27 degrees Celsius today, with 28C forecast for Thursday.