Colin Boyce, Incumbent LNP member for the seat of Callide, has won the backing of his two main rivals – Pauline Hanson’s One Nation and Katter’s Australian Party without having to strike a blow.

One of [ancient Chinese military strategist Sun Tzu] famous quotes was that, ‘The supreme art of war is to subdue the enemy without going to battle’,” Boyce told the ABC.

“That is exactly what I have done in Callide.”

At the last state election, the two conservative minor parties seized about 39 per cent of the primary vote in the sprawling central Queensland electorate between them.

Boyce said he believed their decision not to stand candidates in Callide this time indicated they “agree with the way I approach the problems associated with politics and that I represent my community well”.

“I think you’ll find it highly unusual.” he said.

“That’s not a normal thing that would happen in the political cycle, I believe.”

But he denied he would jump ship to either minor party.

“Absolutely not,” he said.

“I joined the National Party when I was 20 years old. I am firmly committed to the LNP and always have been — any suggestion otherwise is just absolute nonsense.”

The LNP backbencher caused a stir two months ago when he crossed the floor over his party’s support for a mining rehabilitation bill, with One Nation and KAP also voting against the legislation. 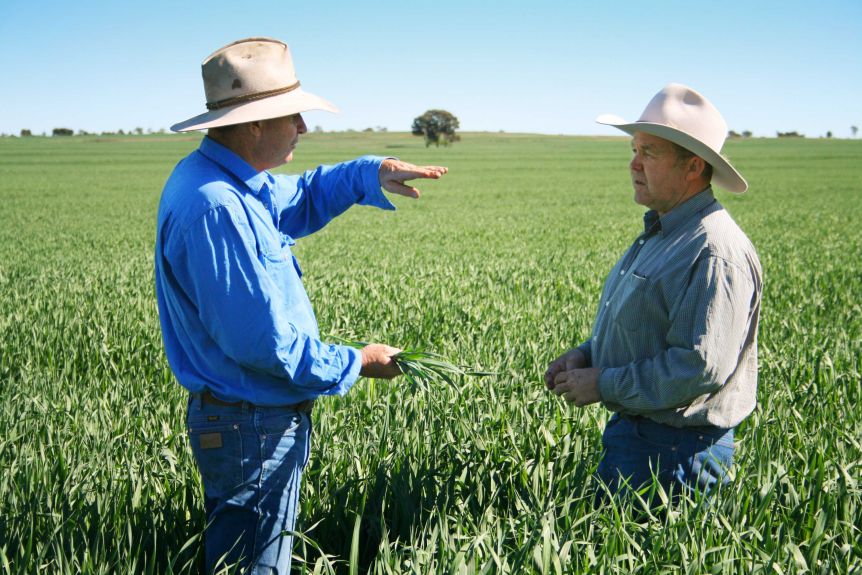 Colin Boyce (right) is adamant he will remain with the LNP. (Photo: Supplied: Colin Boyce)

KAP leader and Traeger MP Robbie Katter called Boyce an “ally”, saying they had been impressed by his “principled” stance on reef regulations.

“We felt MPs like him should be encouraged to stand up for their electorate and deserve to be supported,” Katter said.

“It was important for us to demonstrate to the wider public that we’ll work with people in other parties, provided they’re prepared to stand up against their party on strong principled issues.

“We’re fighting for our lives in remote western Queensland — towns are literally dying — so we’re desperate for allies in that fight and Colin Boyce is an ally.”

Last month, One Nation executive member James Ashby told News Corp the party was not running a candidate in Callide because “you don’t unseat someone who exhibits those qualities”.

Boyce said with neither One Nation nor KAP candidates running against him, he was confident he would retain his seat, which he holds with a 11.6 per cent buffer.

“They are my competition out there. We don’t fight the Labor party, we fight the split right vote,” he said.

“I’ve removed that factor now, so on paper I should win comfortably.”

Former Labor speaker John Mickel — who is now a Queensland University of Technology adjunct associate professor — agreed the decision not to run a candidate in Callide was “odd”, particularly for One Nation, which in 2017 reached 43.9 per cent after preferences there.

“It seems to be a massive oversight and missed opportunity on their part,” he said.

“And it fits with a pretty low-energy campaign around the state.”

Once held by former LNP deputy premier Jeff Seeney, Callide has been dubbed the state’s “economic engine room”, with a large population of people who worked in agriculture, mining and the resources sector.

As well as the Labor Party’s candidate Gordon Earnshaw and the Greens’ Anthony Walsh, there are also two independent candidates running for Callide this state election — Loris Doessel and Adam Burling.