In the first month, more than 1.65 million Australians withdrew $13.2 billion from their superannuation. 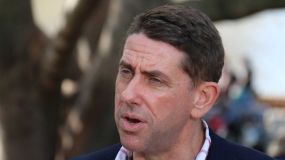 It comes as the boards of QSuper and Sunsuper continue to discuss a merger and the Queensland Government undertakes its own drawdown of superannuation funds.

Treasurer Cameron Dick has outlined plans to take $1 billion from the defined benefit fund, to help repay debt, however Opposition treasurer spokesman Tim Mander has questioned whether that would exacerbate the state’s superannuation liabilities. Mander is also critical of actuarial audits being switched from yearly to three-yearly, with the next not believed to be due until 2022.

Former treasurer Jackie Trad proposed establishing a Queensland Future Fund to, among other things, pay down state debt. She intended to seed it with $5 billion from the defined benefit fund, however the recession prompted Dick to scale that back to $1 billion, with the notional balance made up by transferring various state assets into the fund.

Recent legislative changes require the government to hold assets that are at least equal in value to the accrued liability in relation to defined benefits. That means existing assets will replace funds held for investment, albeit with Labor maintaining its anti-privatisation stance.

QSuper, meanwhile, has offered members advice on how to rebuild their retirement savings after the early withdrawal of $10,000, including making additional contributions, salary sacrificing, or through voluntary after-tax contributions.

Queensland public servants have more job security than workers in other sectors, safeguarding not only their finances but that of QSuper. However, the upcoming state election will likely see a political debate over the prospect of redundancies and the need to rein in the budget.