A simple $25 Facebook post of a series of Gympie sunsets, which included an image taken by Liam Hemsworth, has done more for the town’s tourism than any other campaign yet.

Tourism development manager Andrew Saunders said it was of “enormous value” for the area when the Hemsworth brothers shared photographs from when they visited the region.

Saunders was at the helm of Gympie tourism in 2018 when a focus group found that a Penthouse article from 1997 described the region as a “hell town” and that it was still having a negative effect.

Even though the article has been discredited, along with its author Paul Wilson, the tourism report suggested there was still a “negative lingering sentiment towards Gympie”.

Saunders declined to reveal how much the council spent on hiring external consultants to try and revitalise the region’s image and create a tourism blueprint for 2019–2024.

However, he said nothing had the same instant effect as the photographs shared by the Hemsworths.

The Hemsworths can choose to holiday anywhere in the world and yet this is one of their favourite destinations,” Saunders said.

“Anything I could do, or any operator could do, is far, far less [effective] than a post [on Instagram] from those guys.” 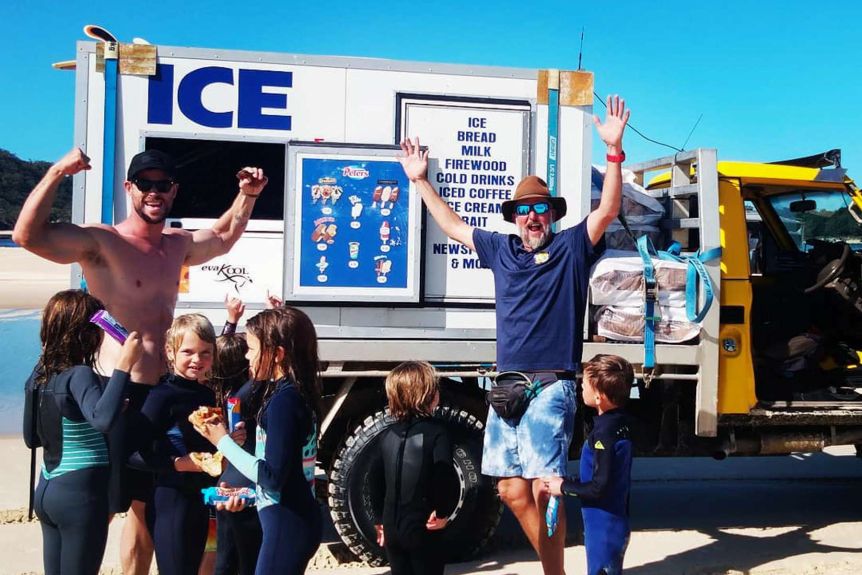 While Chris and Liam Hemsworth have homes in idyllic northern New South Wales, the brothers have been known to enjoy holidays at Gympie’s Rainbow Beach and Double Island Point on Queensland’s Sunshine Coast.

Saunders said there also seemed to be more visitors to the region following that kind of publicity.

So when he saw the interest in Gough’s photo he began looking for others and came across a stunning red sunset taken by Liam Hemsworth.

Saunders included the photo in a collage of other “glorious sunsets” in a Facebook post with links to each photographer.

Saunders said the Hemsworth brothers have a combined Instagram following of more than 54 million, and any photographs shared by them from the Gympie region has a far bigger impact than anything the council can achieve on its own.

“These photos have a positive impact on visitation to the region and to the town,” Saunders said.

“I sent him a direct message saying, ‘Thanks, it’s a wonderful picture’,” he said.

“I asked for the original for our use and I did say in the message if his current career didn’t work out, he could consider one as a photographer.