Spain is initially allowing in 1500 holidaymakers from Germany as the Madrid Government works out how to handle mass tourism before opening up more fully in the coming weeks.

Hundreds of German sunseekers, the first tourists to visit Spain since borders were closed in March, also arrived on the island of Mallorca on Monday.

The Schengen area of 22 EU countries plus Iceland, Liechtenstein, Norway and Switzerland operates control-free crossings. But for three months they have been mostly closed.

Officials hope lifting internal border controls will allow a gradual reopening to other countries from July and revive a tourism industry that flatlined during the lockdown.

The sector makes up almost 10 per cent of the EU economy and even more in Mediterranean countries. 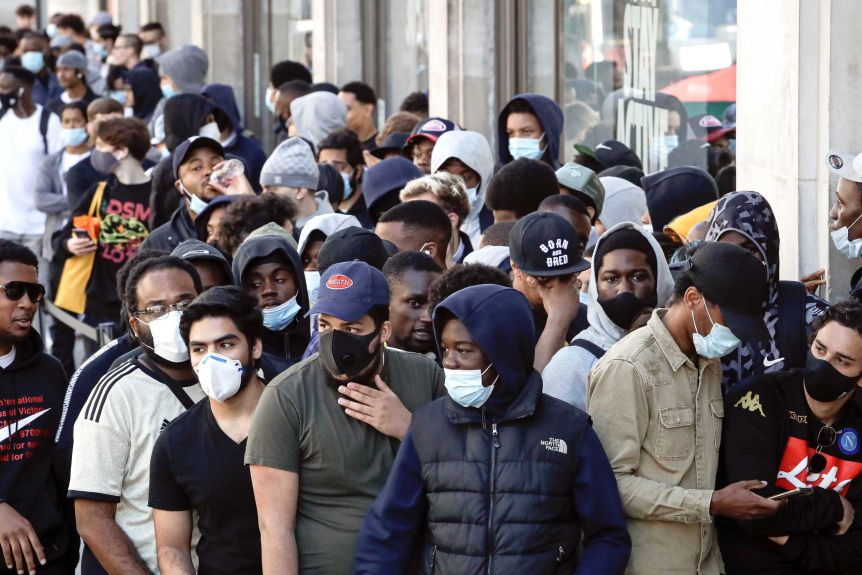 Long queues of shoppers snaked outside some stores in England from early on Monday morning as non-essential shops reopened their doors after 83 days of lockdown.

Department stores, clothing retailers, electrical outlets and bookshops have been closed since March 23. when British Prime Minister Boris Johnson imposed a lockdown to limit the spread of coronavirus.

While outdoor markets and car showrooms reopened on June 1, Monday is the big return to business for retailers, who are desperate to get the tills ringing again.

The reopening only applies to England, with stores in Scotland and Wales waiting for guidance from their own administrations on when they can resume trading. Non-essential stores in Northern Ireland reopened on Friday.

Getting shoppers spending again is key to Britain’s recovery after official data on Friday showed the economy shrank by a quarter throughout March and April.