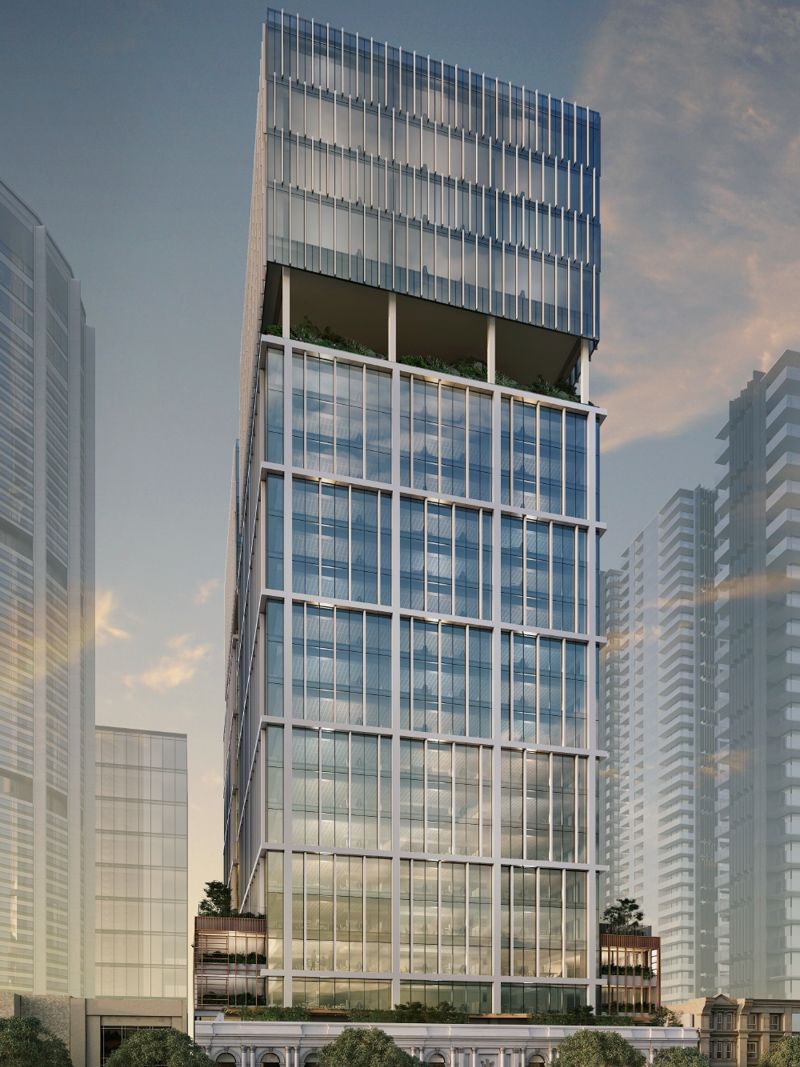 How the two buildings will look once completed.

Architects have called it the first full “building join” of two separate office towers in Australia.

“The owners of the buildings [Ashe Morgan and DMANN Corporation] decided against knocking them down and asked us to create this vision,” director of Fender Katsalidis architect Mark Curzon told ABC Radio Brisbane’s Rebecca Levingston.

“We strengthened columns to give it [the building] the overall power to hold everything in place.

“It’s not easy but we’ve worked closely with structural engineers to work out the strength of the existing buildings and their weaknesses.”

Rather than use the conventional method of joining the buildings with a skybridge, the buildings have been merged from top to bottom using a base podium.

An infill is placed in the 20-metre gap between the buildings, as well as removing the two facades and replacing them with one near-new tower with a floorplate of 1800 square metres.

“Despite nothing of this scale taking place in Australia previously, we’ve found a way to add value to the site through a cutting-edge process,” Curzon said.

“We’re leading the way for more environmentally-friendly reuse while meeting objectives by creating large floorplates that would otherwise be unattainable in this CBD location.”

Keeping the heart of the building

Curzon said a lot of effort had been made to unite them both structurally and aesthetically to create the new 26-storey building.

“It will feel like one beautiful new building and it’s taken us a long time and effort to unite the floor plates and that’s been the benefit of linking them — to produce fantastic floor plates high in the sky,” he said.

Although not the easiest option, Curzon said “the return-on-investment” was worth the time and commitment to the project.

“It’s not a cheap move compared to demolishing two perfectly good buildings but there’s lots of return on investment,’ he said. 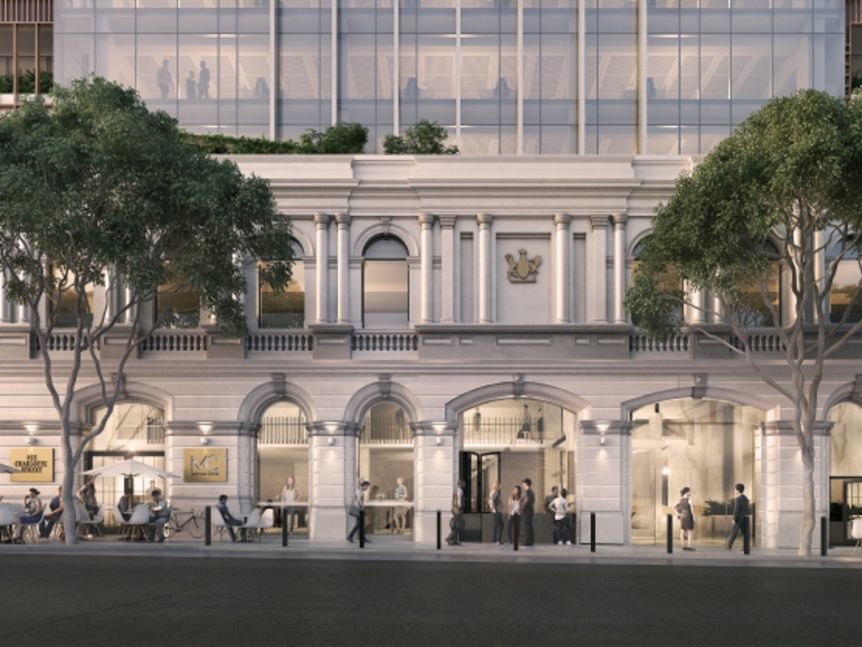 “The fact we’ve done it means it’s commercially viable and I’m sure it’s more efficient to knock them down and build new ones from a financial point-of-view.”

The same process has been used in New York in One Soho Square where a 15-storey building built in 1904 was merged with a 13-floor building constructed in 1927.

Curzon said the restoration of the heritage Charlotte Street facade would adhere to Brisbane’s heritage guidelines.

“There are beautiful components like the existing heritage building on Charlotte Street and we’ve maintained the materiality so that the lobby’s have a unique quality to them.”

The building is set to be completed by Hutchinson Builders by mid-2021.