Earthmoving equipment has been assembled on a strip of grassland now fenced off between a busy shopping complex and Kedron Brook. It signals the start of the $26 million Everton Park Link Road, the first stage of a two-stage project designed to improve traffic flow and safety at the intersection of Stafford and South Pine Road, in Brisbane’s north.

However, it is also the first work to be undertaken on the long-preserved North West Transport Corridor, as Brisbane City Council considers whether its future lies with rail, road, busway, cycleway, walkway, or a combination of all modes of travel.

Heading inbound, the dormant corridor starts at Carseldine and travels south to Everton Park, where it splits off west to the link road site, and east, around Sparkes Hill, to end near Alderley train station.

Considered a future urban thoroughfare since the 1960s, the corridor was preserved in the early 1980s in expectation that it would one day become a four-lane, median-divided road to help share the traffic burden of the northern suburbs. 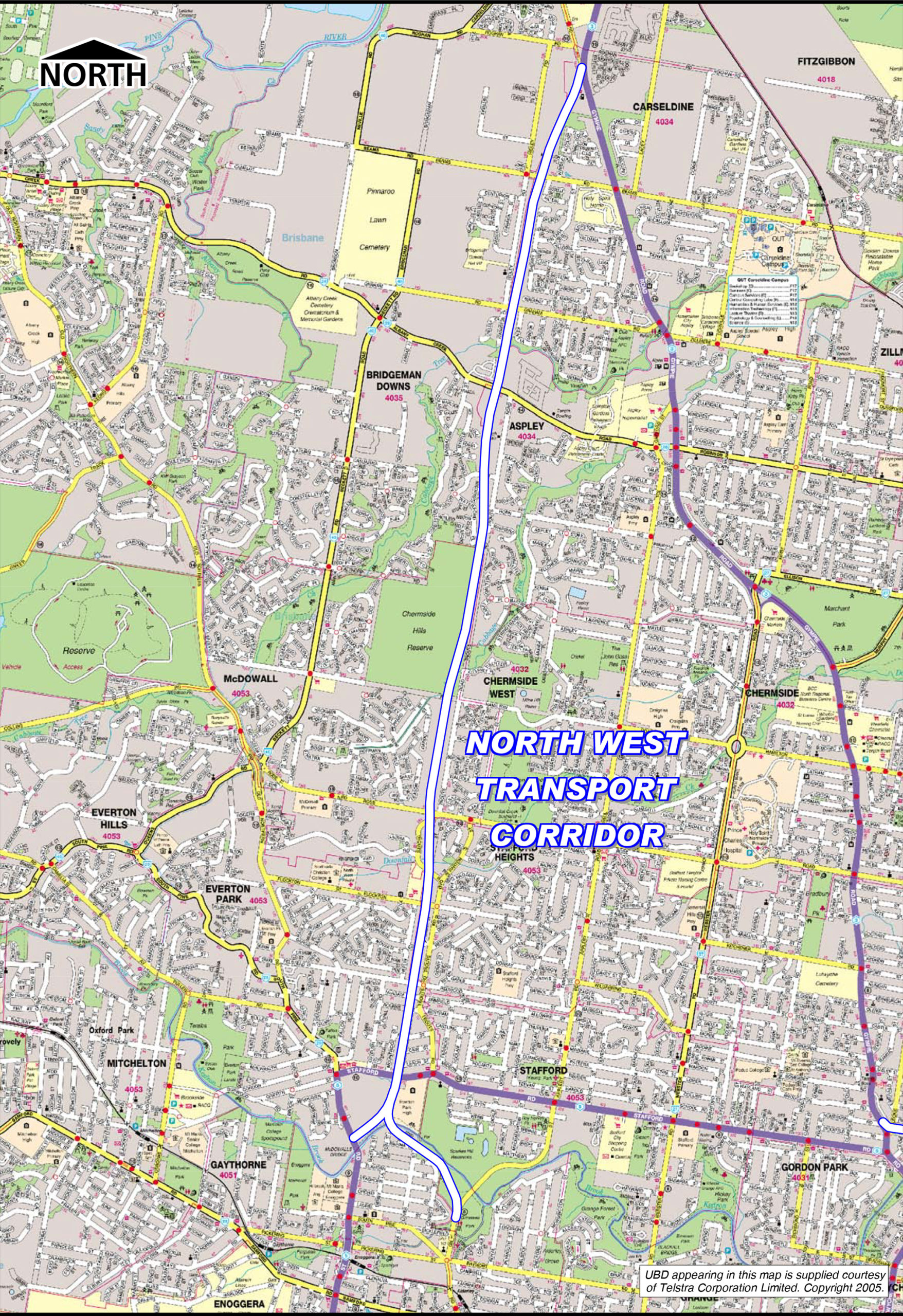 Taking up where that strategy left off, the Brisbane City Council obtained federal funding to develop a business plan, which could include a public transport connection as far north as Strathpine station. Like the previous strategy, it will also look at linkages south to Toowong.

“The response from residents during the first phase of community consultation was incredibly encouraging with more than 3400 responses to the online survey and poll with overwhelming support for better public and active transport as well as road improvements.”

The spokesman said the consultation report would be released this year and contribute to “potential solutions” being developed for a business case due in 2021.