Women across regional Queensland have reported higher rates of homelessness, financial insecurity and fears for their safety months before the coronavirus pandemic added further stress to communities across the state.

The grim findings are detailed in a report released this week by YWCA National Housing, which surveyed 1039 women across regional Australia to determine their access to safe, affordable housing.

One in eight women in regional Queensland on moderate to low incomes, defined as less than $70,000 per year, reported being homeless in the last five years. Two per cent were homeless at the time the study was conducted in late 2019.

Based on the research, which surveyed 300 women living outside Brisbane, the rate of homelessness is in line with the study’s national average of 12 per cent, better than regional NSW which recorded 17 per cent but worse than regional South Australia, which recorded the nation’s best result at eight per cent.

YWCA National Housing and Property Development director Jan Berriman described the outlook for women in regional Queensland as “dire” and likely to worsen as the economic and psychological fallout from COVID-19 escalates.

Berriman is calling for a combined effort across government and the private sector to tackle what she says is a rapidly unfolding emergency.

“We need to urgently double and diversify affordable housing options in the regions or face a tsunami of homeless women and children,” she said.

Her call comes less than a fortnight after the Queensland government held a virtual summit on domestic violence, a leading cause of women’s homelessness identified in the report.

Berriman agrees with the experts that domestic violence rates will rise about six per cent this year, based on financial and lifestyle pressures that are accumulating off the back of natural disasters like drought and bushfires and the economic contraction from COVID-19.

“Domestic and family violence is the leading cause of homelessness for women in Australia, and in regional areas the impacts are even more severe because social services and supports may be limited and strained to start with,” she said.

While the outlook on homelessness paints an appalling picture for women, Berriman is convinced the numbers could be even higher, given the reluctance of many women to seek support and reveal their hardship.

She said the last Australia wide census compiled by the Australian Bureau of Statistics reported women’s homelessness nationally at 1.7 per cent, underscoring her calls for more reliable data on the reality facing thousands of Australian women.

“One quarter of women who had been homeless, either in the past five years or currently, did not share their situation with any family member or friend, reflecting the likelihood of a much higher level of homelessness than previously understood,” Berriman said.

“This is the first national study of women’s access to housing outside the nation’s capital cities and it clearly shows an urgent need for more safe, secure and affordable accommodation.”

One in five Queensland research participants, 20 per cent of the survey sample, knew of at least one woman who was currently homeless, which can be defined as living outside a dwelling and moving between short-term accommodation such as ‘couch-surfing’ or renting in boarding houses, caravan parks or motels.

The report found many women sacrificed daily essentials to meet their housing payments with 30 per cent reporting they went without meals in the past year and 44 per cent refraining from heating or cooling their homes. 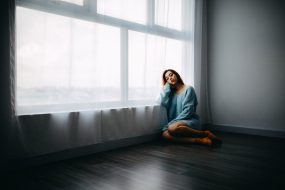 Suffering in silence: Why summit must give rural women a voice

“But this research demonstrates we need to innovate on a much larger scale to meet demand.

“Government, philanthropic, corporate and community organisations need to partner to create and increase the supply of social and affordable housing options whilst funding housing support services across the country.”

Berriman said the research was partially funded by the Commonwealth Department of Industry, Innovation and Science through the Building Better Regions Fund Community Investments Stream Round 3.

YWCA National Housing is the only national women’s housing provider in Australia, currently providing more than 150,000 nights of affordable accommodation to women through their owned and operated properties in Victoria, Queensland and Northern Territory.