When 33-year-old cystic fibrosis patient Jordan Trieger received a double-lung transplant, it was meant to be a second chance at life.

But like 40 per cent of patients who undergo a transplant, Trieger developed a bacterial infection and his body started rejecting his new organ.

What made his case even more difficult to treat was the fact his body was not responding to traditional treatment options like antibiotics or further surgery.

“We didn’t really know what to do — I wasn’t getting better [despite them] giving me several different kinds of different antibiotics,” Trieger said.

He was dying and his medical team were out of options. 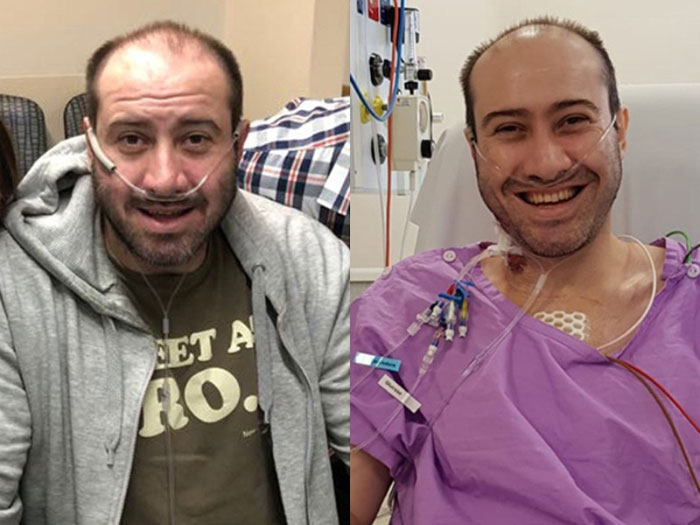 Then his doctor at Brisbane’s Prince Charles Hospital, Professor Dan Chambers, remembered a chance meeting with University of Queensland medical researcher Dr Tim Wells, who had been pioneering a new treatment for drug-resistant bacterial infections.

“The bacteria I work on — pseudomonas — is actually known as one of the critical pathogens that we need new antibiotics for because the bacteria is generating resistance to all the ones we have currently,” Wells said.

“What they’ve done is induce a mechanism in us which makes us make anti-bodies — which are normally good things — but in this instance they actually block the bug from being killed,” Chambers said.

That was where Wells’s research came into play, and a technique called “plasmapheresis”, which involved “washing” the blood of all antibodies and replacing them with healthy ones.

After a fast-tracked green light from the hospital’s ethics committee, the experimental treatment went ahead for Trieger, with the results instantaneous.

“This is the first time that plasmapheresis was used on someone that had cystic fibrosis and in this case, a lung transplant, to directly target that bacteria for killing,” Wells said.

“I had a very nervous few days — and I’m sure Jordan did as well — as this plasmapheresis happened, because we had all the evidence we thought we needed to show that this would work, but whether it actually would work in a real human was unknown.

For Trieger, it was a risk worth taking. 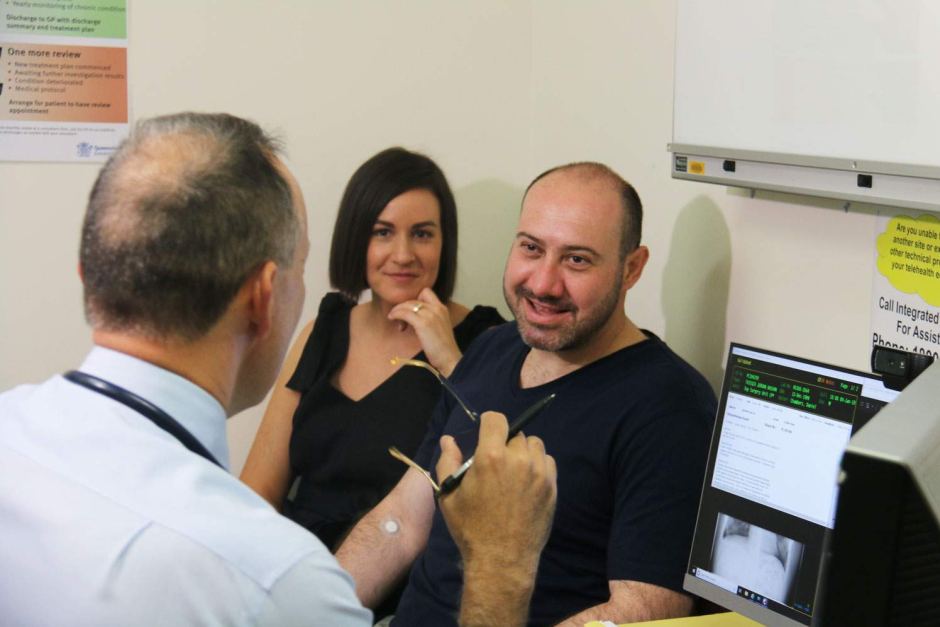 “When the blood tests came back and they said it’s working, all of us were like ‘wow’ — it’s such a euphoric, amazing feeling,” Trieger said.

Even his doctor was surprised by the sheer speed of his recovery.

“He [Trieger] had such an incredible recovery literally within days of that treatment … he was out of hospital I think the following week and he’s never come back,” Chambers said. Trieger’s case will now be published in international medical journals and he said he was looking forward to his new life.