Ian Taylor sells high-end jet skis from his four-bedroom waterfront townhouse in a quiet suburban cul-de-sac on the Gold Coast.

What the 43-year-old does not advertise is that his other source of income has come from setting up shell companies, which have been used by money launderers, arms dealers and Mexican drug cartels.

His business allowed customers to hide their true identity by providing nominee directors and shareholders to obscure who was really behind the shell company.

These directors and shareholders included his current and former wives, friends, associates and residents of tax-haven countries.

“Often the shell companies are used simply to open up bank accounts in other parts of the world,” says Gerard Ryle, the director of the International Consortium of Investigative Journalists (ICIJ).

What Taylor did is not illegal, but some of the companies he helped set up, under the control of third parties, have been tied to crimes around the world.

“He’s never been able to be stopped because he’s never actually done anything illegal,” Ryle says.

“There is a flaw in the system … he’s driving a bulldozer through that flaw.” 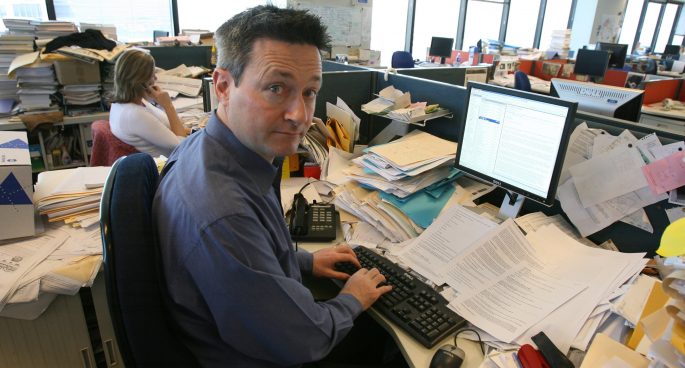 Taylor is just one of the Australians mentioned in a leak of highly secret United States Treasury documents.

The leaked files show more than $US2 trillion ($2.7 trillion) in suspected dirty money moving through the global financial system.

That includes more than $200 million in transactions flowing through Australian banks.

Reporters at Buzzfeed News obtained the documents and shared them with the ICIJ, which partnered with more than 100 news organisations, including the ABC, to analyse the documents.

“No one’s ever allowed to see them outside of the government … they just don’t ever make it into the public sphere,” says Anthony Cormier, a reporter with BuzzFeed News.

The FinCEN files reveal trillions of dollars in transactions flagged by US financial institutions’ internal compliance officers as possible money laundering or other criminal activity.

Suspicious activity reports reflect the concerns of watchdogs within banks and are not necessarily evidence of any criminal conduct or wrongdoing.

They show banks blindly moving cash through their accounts for people they cannot identify, failing to report transactions with all the hallmarks of money laundering until years after the fact, even doing business with clients enmeshed in financial frauds and public corruption scandals.

Authorities in the US, who play a leading role in the global battle against money laundering, have ordered big banks to reform their practices, fined them hundreds of millions and even billions of dollars, and held threats of criminal charges over them as part of so-called deferred prosecution agreements.

A 16-month investigation by ICIJ and its reporting partners shows these headline-making tactics have not worked.

Five of the banks that appear most often in the FinCEN files — Deutsche Bank, Bank of New York Mellon, Standard Chartered, JPMorgan and HSBC — repeatedly violated their official promises of good behaviour, the secret records show.

“These banks are allowing the worst of the worst to use their accounts as a way to wash their money,” Cormier says.

“This system is not working. Criminals are allowed to move money around the world without being stopped and the banks are allowing it to happen because they’re happy to take profits,” Ryle says.

In 2016, the Australian regulator, AUSTRAC, asked FinCEN to send information about hundreds of Australian entities mentioned in the Panama Papers.

“Probably the largest single file is titled The Australia Report, which goes into hundreds and hundreds of pages of transactions,” Ryle says.

The dossier contains 114 suspicious activity reports made by US financial institutions related to 57 Australian individuals and companies including Taylor and his former partner.

It shows US banks including HSBC, CitiBank and Deutsche Bank filed more than a dozen reports to FinCEN mentioning shell companies linked to Mr Taylor, but many of the transfers had already been processed. Again, the reports are red flags raised by bank staff and are not necessarily evidence of wrongdoing.

Another states “the transactions appear to be unusual” because “the sources of the funds, beneficial owners, physical address, and the line of activity of the suspects could not be verified”.

One suspicious activity report filed by a bank in New Jersey flagging suspicious wire transfers totalling US$21 million ($29 million) notes: “Ian Taylor was questioned in connection with an investigation by the New Zealand and Thai authorities into the illegal shipment of weapons from North Korea.”

This was a reference to a planeload of weapons seized at Bangkok airport en route from North Korea to Iran in December 2009.

The cargo was listed as oil-drilling equipment.

Instead, police found 30 tonnes of explosives, rocket-propelled grenades and components for surface-to-air missiles being transported in breach of United Nations sanctions.

Two companies, GT Group and SP Trading, both linked to Taylor and his father, were connected to the scandal.

SP Trading, which was incorporated only a month before the incident, leased the plane.

In a PowerPoint presentation to potential clients, Taylor used the episode as a case study to demonstrate how the shell company structure protected those involved.

He also said in the presentation that after the incident, New Zealand introduced new regulations to tighten company incorporations, but told clients even that “would not have prevented” the episode.

Detective Inspector Craig Hamilton from New Zealand’s Financial Crime Group told the ABC: “There was certainly a robust review and a large number of his companies were struck off.”

“We’ve really tried hard to develop a framework that makes it much, much harder for companies to be abused by criminals in that way.”

Months after the incident at Bangkok Airport, a number of companies associated with Mr Taylor were involved in the largest money laundering scandal in the history of the US Bank Secrecy Act.

More than $US378 billion ($519 billion) was laundered through Wachovia Bank by the Mexican cartels, including the Sinaloa cartel.

Taylor was the founding shareholder of another company, S-Profit, that later went on to supply $60 million in weapons to the South Sudanese government at the height of the nation’s bloody civil war in 2014.

In a report by Amnesty International in 2017, it found some of the weapons included thousands of machine guns, mortars, rocket-propelled grenade launchers and millions of rounds of ammunition.

Taylor told Amnesty International he had no knowledge of this.

Despite regulations being tightened, another New Zealand company linked to Mr Taylor has been running a foreign-exchange scam, taking millions of dollars from investors around the world.

Taylor’s wife Taya Burnett is the director of Advanced Global Markets Limited, the New Zealand-listed company behind the scam.

“The director appeared to be nothing more than a nominee — a person whose name would appear on the directorship in return for a fee,” says private investigator Ken Gamble, who was hired by a Portuguese man who lost more than 3 million euros ($4.9 million).

“One would ask, ‘Why is [Taya Burnett] on that company and what’s she doing there?’” Mr Gamble says.

“And why is she still the director after the company has been involved in a very serious crime?

“How can somebody be allowed to set up shell companies and sell them like hotdogs out of a stand at the back of a rock concert and yet not have responsibility for what those companies do?”

Taylor was banned from being a director in the UK in 2015, after one of his companies was involved in a 3.2-million-pound ($5.7 million) land-sales scam where many investors lost their money.

In a phone call with the ABC, Taylor declined to be interviewed but said he was no longer involved with shell companies and he was not aware his wife was the director of Advanced Global Markets Limited. Ms Burnett did not respond to questions.

A data analysis of the FinCEN files by the ICIJ found banks routinely processed transactions without knowing the ultimate source or destination of the money.

There has been a huge increase in the number of reports filed by Australian financial institutions to the regulator, AUSTRAC.

That figure has more than doubled since 2018, in the wake of the financial services royal commission and a series of high-profile breaches of anti-money laundering legislation by Australian banks.

“The financial sector is the front line of defence and we need to work with them,” Mr Collett says.

“Banks — any businesses — regulated under the [Australian Money Laundering] Act have an obligation to report a suspicious matter when they have reasonable grounds to form the view that the action is suspicious.”

Former AFP officer John Chevis, who has advised the United Nations on anti-money laundering and counterterrorism, says AUSTRAC and its equivalent watchdogs around the world are “overwhelmed” by the huge volume of suspicious transaction reports.

“If the Australian anti-money laundering system isn’t broken, then it’s certainly straining under the weight of illegal money that’s flowing through our banks,” Chevis says.

“The banks and financial institutions in Australia are observing suspicious transactions and reporting those to AUSTRAC.

“Now, unfortunately, what happens next is that those transactions are not stopped.”

The Australian Banking Association said banks had invested millions in improving reporting capabilities and they worked closely with law enforcement and regulators.

“No Australian bank would knowingly process a criminal transaction,” a spokesperson said.

Since being banned from being a director in the UK, Mr Taylor has kept a low profile on the Gold Coast.

He told the ABC he was now selling jet skis, not shell companies, and he was sick of the “scumbag media” printing lies about him.

When he was asked about how his shell companies were linked to millions of dollars funnelled through a US bank for a Mexican cartel he said: “Explain to me how I’m linked to it.”

He said he had done nothing illegal, then hung up.

Private investigator Gamble says the legality of shell companies is a problem.

“If somebody is a director of a company and they don’t know what that company is doing, I think that should be illegal,” he says.

“The whole system needs an overhaul.”