“There is a hair’s breadth between triumph and tragedy,” Michael Knight said.

Twenty years after the ceremony, the former NSW minister for the Olympics feels comfortable laughing about the moment that came so close to disaster.

Anyone who watched the event would remember the well-publicised wobbles — the cauldron getting stuck for almost four heart-stopping minutes on its way to the top of the stadium.

But few know that delay almost led to the “sacred flame”, which had travelled all the way from Olympia in Greece, snuffing out as more than two billion people watched.

Four minutes is a long time in show business, and the cauldron was never meant to spend so long in transit.

“The cauldron ran off bottled gas and it had a limited life expectancy while it was on bottled gas,” Knight told the ABC.

“Only when it ascended to the top of the stadium did it join the permanent gas line.” 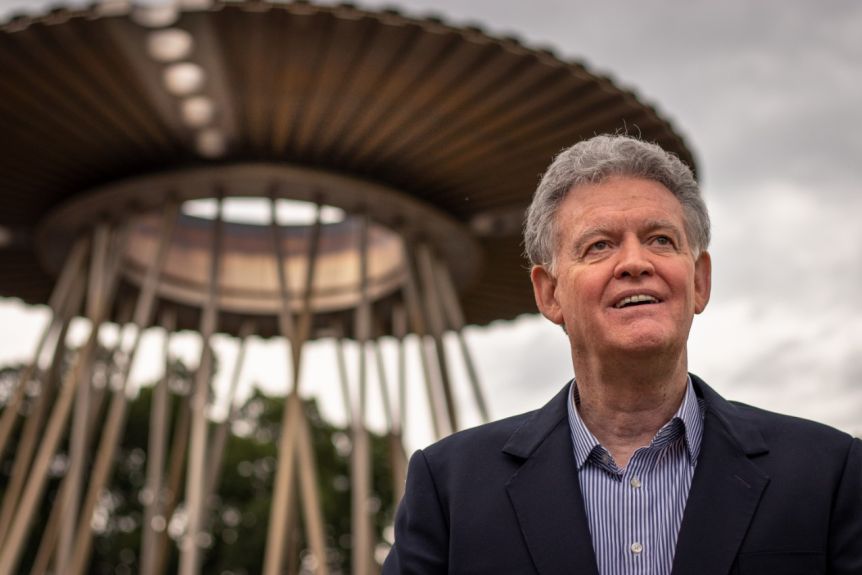 The night before the ceremony, secret rehearsals were under way to make sure the show went off without a hitch.

“After Cathy’s two rehearsals, one of our senior executives, Colin Ging, went round and said, ‘You’ve got to top up the gas bottles,’ Knight said.

“And the guys with the bottles said, ‘Oh look there’s a tonne of gas.’

That order turned out to be the hair’s breadth.

After the initial glitch, the cauldron was able to travel up to the top of the stadium where it burned for the remainder of the Games.

But the day after the opening ceremony an inspection of the gas bottles showed how close organisers had come to being an international embarrassment.

“They were completely empty and had been running on vapour at the last minute,” Knight said.

“That’s how close we came to the sacred Olympic flame, lit by the sun’s rays in Olympia, carried through Oceania, carried by over 10,000 torchbearers around Australia, almost dying out on international television with the whole world watching,” he laughed.

Knight said Cathy Freeman had an earpiece so she could take instructions from the event’s director. But at that moment, the communication stopped.

“She said, ‘All I heard was, ‘Cathy, hold your position, we’ve got a problem’,” Knight recalled.

“And then after that, all [she] heard was swearing.”

The ancient Gods above Mount Olympia must have been watching over Sydney that night to keep the flame alive.