We’re down here. In southeast Queensland.

Election campaigning by both major parties has largely forgotten Queensland’s most populous region.

There have been some good announcements for southeast Queensland, but mentioning the word “Brisbane” seems to be anathema.

But here’s the rub.

The state’s own forecasts say about two million more residents, needing 800,000 new homes, will live in the state’s southeast in the next 25 years.

That’s 50 to 60 additional state electorates in southeast Queensland (on today’s average of about 33,000 electors per state seat).

So, what does southeast Queensland want?

We want the major parties to commit to resurrecting the “delayed” South East Queensland City Deal.

We want their commitment to long-term planning, with local, state and federal governments working cohesively to deliver the infrastructure and services to sustain Australia’s third-largest urban region and the State’s economic powerhouse.

How about it leaders? Can we have your word?

We’ve been waiting for announcements that are focus-sed on propelling our economy forward, and this week there were some delivered.

The LNP’s plan to make Queensland the recycling state is one we strongly welcome as it is forward-leaning into emerging sectors, that will deliver jobs and industry growth for the future.

As we go into the last week of the campaign, we’re hoping there are more announcements focused on business growth opportunities that will deliver support across all regions. 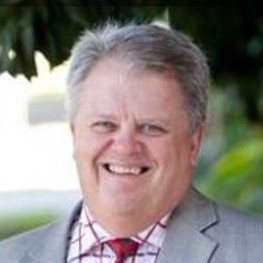 When the major parties match each other’s policies it is a sure-fire sign the competition is tight and that is what we have seen this week as we edge closer to polling day.

Labor has announced plans to build a second Bruce Highway after spending the bulk of the campaign criticising the LNP’s Bruce Highway expansion plan.

The LNP, meanwhile, has matched Labor’s $600 million commitment to the Works for Queensland program for regional councils and a similar program for councils in the southeast. Both parties are also duking it out over hospital announcements in crucial seats like Cairns and Pumicestone.

Regional Queensland seats and the marginals in southeast Queensland were always going to be crucial this election and this week is proof of just how critical they are to both sides. Expect more of the same next week.

TAFE Queensland provides the training you can trust, something it has done for more than 130 years. Our recovery from the COVID-19 crisis will depend on investment in publicly provided, high-quality training and vocational education.

Labor’s commitment to free TAFE training for people under 25 years old, which also has no parallel in LNP policy, will ensure young people who have been hardest hit by COVID-19 in the jobs market can take up quality publicly provided training for jobs now and in the future.

TAFE barely survived relentless attacks from the Newman LNP government in which the opposition leader was a Minister. TAFE was defunded and stripped of its building assets and hundreds of teachers.

While Labor still needs to do more to fund TAFE properly, the evidence is clear that Queensland cannot afford to let TAFE fall back into the hands of an LNP state government.

Both leaders started the last fortnight of the election campaign with forthright statements in their official campaign launches about the importance of the resources sector to Queensland’s COVID-19 recovery.

At its launch, the LNP re-stated its commitment to keep royalty taxes on resources at current levels for the next 10 years to stimulate large-scale investment and create new jobs, and to grant approvals for New Hope’s New Acland Stage 3 mine project if elected. The QRC continues to urge Labor to match these measures.

At its launch, Labor committed to free TAFE and apprenticeships for Queenslanders under 25, which will be welcomed by the state’s critical and growing mining, equipment, technology and services (METS) businesses. This announcement delivered on a request in the QRC and AMEC’s joint Resources Industry Recovery Agenda to address resources-related skills gaps and training needs to ensure an adequate supply of skilled workers, including statutory ticket holders, so this is great news for our sector.

The Queensland Resources Council is currently updating its economic contribution data for each of the 93 state electorates. Every MP elected on 31 October will be able to thank the resources sector for keeping men and women working and earning in their local community. 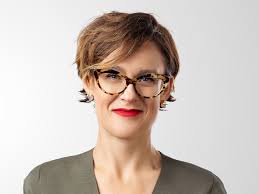 This election should be about competing visions to pave the journey out of the worst economic downturn since the great depression, including ensuring our wellbeing and financial security, creating jobs and making sure there is a strong social services sector that can provide a safety net when times are tough.

This week, policies aiming to get people who have additional barriers to engage in work and supporting kids in the classroom show some indication of a vision for a better Queensland. On the other hand, introducing policies to punish young people who are out at night fails to provide a vision for a more equal and prosperous state.

We were encouraged by the LNP announcement of a policy to get older and long-term unemployed people back into work. This is a step in the right direction, and we look forward to further detail.

Labor’s policy to invest in more teachers and teacher aides in our schools, as well as programs that would see psychologists, GPs and other allied health staff at state schools across Queensland is welcome and an important step forward.

We were shocked by the LNP proposal to impose a youth curfew. We’ve all experienced limitations to our basic human right to freedom of movement this year and can’t see any reason why such a limitation should be imposed on young people permanently. This policy includes fining parents of young people that don’t comply with the curfew and will disproportionately impact people already experiencing disadvantage.

It’s just a week until polling day and more than one million Queenslanders, a third of eligible voters, have already voted at pre-poll or applied for a postal vote. The clock is ticking for the major parties to do what the community sector has advocated on for many years – a major investment in building social housing that would create good, secure jobs and transform the lives of so many in our state.