The Italian-inspired destination has taken the opportunity to overhaul its interior vibe, maximising its riverside location with a coastal-chic, Amalfi-inspired makeover. What’s more, the kitchen is now turning out a suite of appetising antipasti, house-made pasta, ocean-fresh seafood and from-the-farm proteins. Here’s what’s on offer …

While most of us are trying to forget the dismal drizzly weekend that saw Brisbane’s waterways surge and tides flow over the banks of the Brisbane River, Michael Tassis has been dealing with the repercussions of the devastating weather event for the better part of six months.

Two of Michael’s riverside eateries, Massimo Restaurant & Bar and Opa Bar + Mezze were inundated on that fateful weekend, causing thousands of dollars of damage and forcing both restaurants to close until they were repaired. Opa reopened to the public in June and now, after a complete interior refurbishment, Massimo is also officially open once more.

Tassis and his team have taken the opportunity to resurrect Massimo with a whole-new concept. Yes, Italian cuisine is still the core culinary focus, but the Massimo crew has elected to make the most of this rebirth by imbuing the venue with a stylishly sunny disposition.

The Amalfi Coast has become the main source of design inspiration – a fitting choice considering Massimo’s proximity to the water. The Clui Design-crafted makeover does away with much of the restaurant’s original aesthetic.

Yes, the layout remains familiar (with its bar and casual seating down one end, and cushy banquettes and curtained booths at the other), but the team has done away with the original charcoal-grey cushions and replaced them with vibrant orange-and-white-striped variety – a colour shift that instantly ups the vibe.

Timber tables have been replaced by an array of white-topped and gold-trimmed settings, while the walls have been given a lighter lick of paint.

In the kitchen, Massimo’s chefs have retooled the menu, which is broken up into some easy-to-navigate categories to make curating your dream feast a cinch. It all starts with antipasti, featuring snacks like house-made focaccia, whipped ricotta dip, slices of mortadella and caprese di bufala.

Up next is an oyster selection, with some of Australia’s most moreish molluscs topped with the likes of raspberry vinegar pearls, pickled cucumber or simple mignonette. Raw and cold entrees like beef tartare with truffle stracciatella and marron from the tank with ceviche dressing are available alongside a selection of hot entrees, such as veal and pork meatballs, eggplant parmigiana, baked scampi, chargrilled lamb racks and more.

After these delights, the plates get larger. Helpings of house-made pasta like gnocchi alla Sorrentina and lobster spaghetti segue into hearty mains like sauteed mussels, bistecca, porchetta and beef cheek in the pot. On Fridays, Saturdays and Sundays, Massimo pulls out all the stops for a bottomless lunch deal, with a range of banquets available alongside two hours of bottomless wine, sparkling and beer. 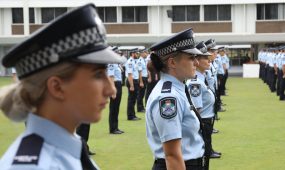 Police culture tolerates racism, sexism and homophobia - and it's a hard habit to break 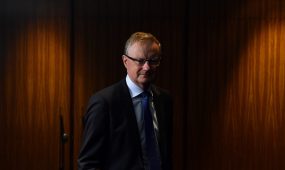