Anchored by a grounded approach that spotlights comfort, community and conscience, Butler packs a lot into a small package. Butler Wine Bar will officially open next Thursday July 7 – we were lucky enough to take its food and drink menu for a test drive. Read on to find out more …

The genesis of Butler Wine Bar – South Brisbane’s new intimate drinking den – was sparked with a simple question, “Why not us?”. When The Lune Co.’s top brass – siblings Kate and Cameron Reid, Melbourne restaurateur Nathan Toleman and Lune general manager Ryan Butler – were putting the finishing touches on its massively successful croissanterie at the base of The Standard in South Brisbane, a vacant spot adjacent to Lune’s dispensary beckoned. To hear the team tell it, this slim space was practically screaming out to be turned into a bar.

With Fish Lane filling in and West End’s buzzing Boundary Street strip just a short stroll away, this gem of an opening was an opportunity ripe for a savvy operator to seize – so the crew asked itself, “Why can’t we be that operator?”. Though some may initially scoff at the idea of a business known primarily for its croissants making the jump into the booze game, the move is far from far-fetched. Nathan’s The Mulberry Group operates Melbourne venues Hazel and Dessous, while Cam himself previously ran Sydney bar Ching-a-Lings, indicating an established pedigree when it came to thinking up, and running, nighttime joints.

More recently, The Lune Co. has worked to bolster its internal structure to better support deviation and exploration into other aspects of the hospitality industry, employing the same exacting precision as they do when making a croissant in other areas. Lune’s Fitzroy-based cruller specialist Moon was the first example of these newfound creative juices in action, Butler is the second.

Presented with an opening to not only complement Lune’s daytime trade with a concept geared towards the after-dark market, but also be a part of the fabric of Brisbane’s thriving nightlife, The Lune Co. team snatched the space for its own use, beginning work that is now only a week away from completion. While not aiming to reinvent the wheel, The Lune Co. team is looking to subtly subvert expectations by offering an experience that is a little bit different. When putting in place the conceptual building blocks upon which Butler Wine Bar would be built, the team settled on three Cs – comfort, conscience and community – as its guiding principles. Comfort relates to both Butler’s interior and its offering, the latter of which we’ll touch on soon. The high-ceilinged 50-sqm venue is incredibly slender, immediately lending it an intimate feel.

That’s exactly the vibe that Greg Lamb of Brisbane-based architecture firm Hogg & Lamb has honed in on with his interior design scheme, deftly working around the spatial limitations (including two structural columns in the middle of the space) to create a moody-yet-energy-filled atmosphere that feels close but never claustrophobic. Butler’s sturdy bar, which stretches almost the entire length of the space, is where most guests will be seated.

Roughly 15 stools run from the cocktail-making station near the entry and past the open kitchen before looping at the far end, where guests can perch beneath shelves of wine. Two banquette tables, each large enough to seat a group of four are cloistered in the back, while an alfresco space will be activated out front for breezy hangs.

The material palette, consisting of mirrored surfaces and perforated Armourply timber, contrasts with a muted olive-green scheme, which is visible on the stools, shelves and on Butler’s exterior. In terms of comfort, the space is flexible enough to cater to different vibes on different nights, no matter if you’re seeking a quiet solo moment or an animated conversation with the bartender or neighbouring clientele. Conscience comes into play when discussing Butler Wine Bar’s offering. This relates primarily to where the team sources its product, how it is grown or produced, how many food miles it travels and how the fodder is utilised. In the kitchen, head chef Jane Kim has created a menu that champions proximity, seasonality and sustainability where possible, sprinkling Korean inflections across Butler’s punchy offering of small snacks and share-style dishes. The menu kicks off with spiced nuts with anchovy, cashew hummus with crudite and filo pastry tarts topped with mushrooms and tarragon mayo.

From there the portion sizes grow with dishes like chicken-liver parfait with sourdough, prawn tartar with macadamia cream, cheese puffs with comte bechamel and pork belly topped with gochujang and puffed buckwheat. Of special note are the spiced madelines, which come with a decadent brandy caramel sauce for dipping. Being a wine bar, one can already assume that Butler is amply stocked with top-notch drops.

The team has curated a list of roughly 100 wines from mostly Australian producers, with new grapes and expressions being added regularly. The driving force behind the list was accessibility and approachability, with a by-the-glass list featuring a clutch of familiar new-wave makers such as Jilly Wines, Konpira Maru, Jauma, Mac Forbes and Ochota Barrels. “It’s not about reeling off a tome of information to that person new to wine,” says Ryan. “We’re going to get you something you love and have a great moment.”

Likewise with the cocktails – a yet-to-be-finalised mix will feature timeless recipes enhanced with shrubs and bespoke syrups. As for the final C, community, The Lune Co. crew is looking to position Butler as a welcoming space for folks on both sides of the bar – opening early in the week as a haven for their hospo peers while also investing in building up and its own training staff. It’s a neighbourhood bar, open to everyone – even if they aren’t from the neighbourhood. 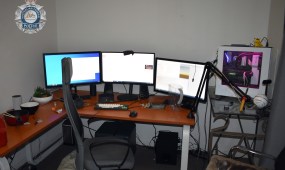 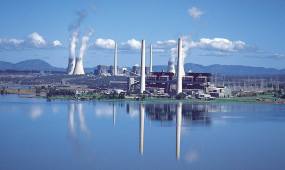 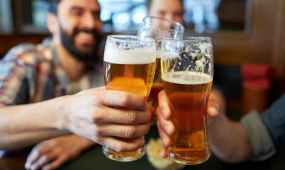 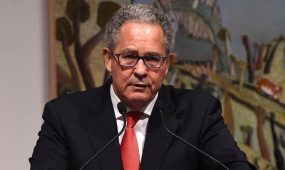 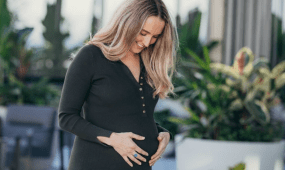