Tributes are flowing in for the Queensland icon who revolutionised swimwear and simultaneously charged the Gold Coast with its famous summer sizzle and risqué reputation.

“I did what I did, and that was it. You can’t have regrets can you,” Stafford said in one of her last interviews marking her 100th birthday.

While Frenchman Louis Réard invented the bikini in 1946, it was Stafford who popularised the controversial swimwear design.

While living on the Gold Coast and running a Surfers Paradise beach hire business, Stafford emerged early as a trend setter.

She had begun making two-piece swimsuits with tie-sides for herself and her daughters that had begun attracting attention.

But it was in 1952 that she changed the face of swimwear in Australia forever.

Sydney model, Ann Ferguson, wearing one of Stafford’s two-piece swimsuits trotted down to Surfers Paradise beach to catch some sun, only for John Moffatt, the Gold Coast’s first professional lifeguard, to demand Ferguson cover herself up and leave the beach immediately.

The shrewd designer cleverly turned the incident into priceless publicity by sending five models back down to the beach in bikinis.

It was a national sensation, and the orders for the Stafford bikinis started flooding in from across Australia and internationally from Hawaii, Japan and Hong Kong. 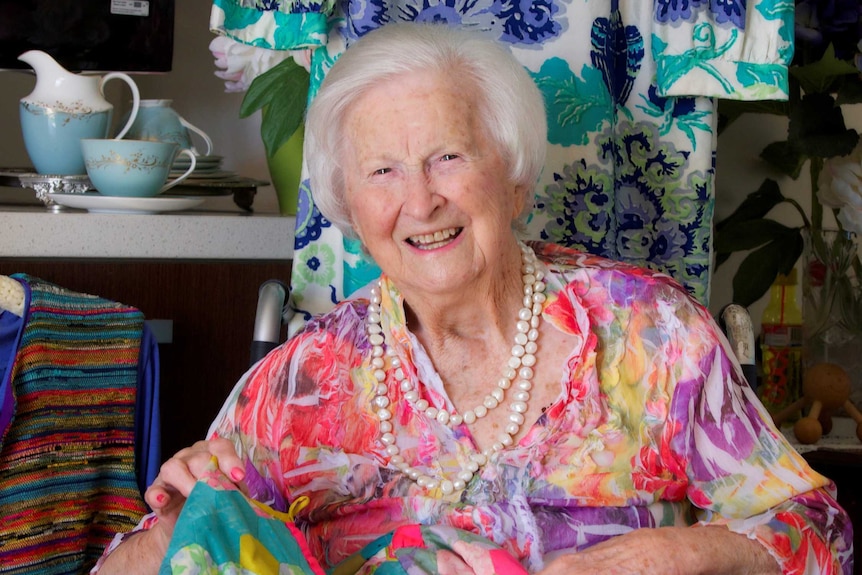 “I never paid for publicity, the media came to me,” Stafford told ABC Gold Coast in 2020, reflecting on her glittering career.

“I mean, it was quite incredible … I just had a name that was an entry to everything.”

It is acknowledged the Stafford bikinis helped the Gold Coast beaches shoot to international fame while propelling Stafford’s fashion empire based on swimwear, daywear, evening wear and menswear to the heights of the fashion world.

“It’s not just bikinis, it’s other garments made in Surfers Paradise. It’s recognised now as a testing ground for holiday fashion,” she said.

By the 1960s, Stafford designs were the hallmark of high fashion, and the business was the second biggest private industry on the Gold Coast, after sand mining.

She sold her bikinis through her own network of boutiques and supplied more than 400 other shops.

Stafford is survived by four of her children and six great-grandchildren.