After 33 years playing cello with the Queensland Symphony Orchestra, the opportunity to write a new work for the company’s  75th anniversary concert, and perform it in the world premiere this Saturday, is a celebration on many levels for Young.

“It was pretty much my first rehearsal that I made a loud comment that the piece of Waltzing Matilda we were doing was rubbish and, that I could do better in my sleep,” Young said.

“And the CEO said, “Good. You’ve got three days. So being young and stupid, I said, “Sure”.

“So I just did them an arrangement at the time. Looking back at it now, it was rubbish. But it basically started me on a journey of doing a lot of orchestrating and writing for QPO (Queensland Philharmonic), and then when we amalgamated with QSO, so I started doing it for them as well.

“I was very, very chuffed that they asked me to do this, because I have been doing it for so long…it really did feel like a thank you and a handshake and thank you very much for all you’ve done.”

Composing the Fanfare was a rare opportunity for Young to use and be inspired by the orchestra’s full dynamic range of instruments.

“It means I get to write for all of the instruments in QSO, not just the small group that I usually write for, I do a lot of stuff for a 13-piece ensemble because that’s what we tour all around Queensland,” , he said.

“Other than that, they’ve never actually had an opportunity for me to write for as big an ensemble.

“It’s a 75th anniversary, so I thought I’m going to write a celebration piece and a Fanfare seemed the obvious choice for that.

“It basically opens up more opportunities for you because you’ve got a bigger palette, as it were, you’re painting, you’ve got more colours. And it just meant, I wanted to write something loud because I had all those fantastic options. We have an amazing brass section and wind section, and incredible percussion and so I really wanted to write something that was very exciting-sounding and to play as well.

“We’ve got Sarah Meagher who I’ve been playing with for many, many years, probably about 30 years. She’s actually playing the principle oboe in my piece and so I’ve got a couple of solo’s of her.

“I have actually snuck a little section in the middle of a piece where it has just the cello section accompanying this beautiful horn solo, as a little bit of a tribute to, I suppose, what I’ve lived for the last years playing in an orchestra. It’s been amazing to be able to write for these incredible players.”

Young’s creativity knows no bounds. He also produces music songs and shows for children for his label Spotty Kites, as well as the Symphonic Santa Christmas show for QSO. If you look carefully you may even see his cheeky smile behind the Santa costume at the Lord Mayor’s Christmas Carols.

He’s also an accomplished chef and was in the top 24 for Masterchef in 2011. He still caters events and designs and bakes celebration cakes. 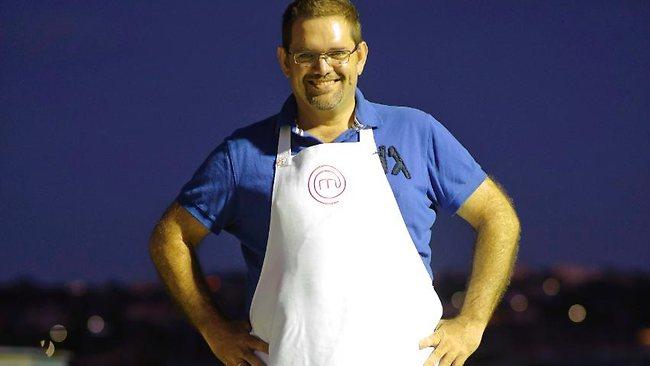 “I’ve actually just been asked to help at the Four Winds Festival in Bermagui. It’s a chamber music festival down there.

“A friend of mine’s running that and she’s actually asked me to come and help do some catering down there and maybe somehow try and get some music and food stuff in there too.

“It is wonderful. That’s the good thing about an orchestra like QSO though; we do get to do so many different things. We’re doing opera and ballet and kids’ shows and tours and main stage concerts and rock concerts and musicals and… everything, everything you can possibly think of, we get to do, so we’re very lucky.”

He’s hoping Queenslanders will take the opportunity to celebrate the 75th anniversary concert on Saturday at QPAC, with performances at 1.30pm and 730pm, which will also be livestreamed a range of regional centres around the state.

He says it’s also an opportunity to celebrate supporting the arts in the hopeful spirit of emerging from covid times.

“I’ve got friends and colleagues in most other states. Melbourne and Sydney have been decimated.

“We have just been incredibly lucky by the way that our government has handled the situation. So there really is no reason not to go to a concert at the moment. They’ve got a lot of Covid safe things at QPAC and I think it’s a very safe environment.”

The program conducted by Johannes Fritzsch also features favourites as requested by concert goers and QSO musicians, with masterpieces such as Beethoven’s Symphony No.5 and Holst’s The Planets through to popular movie music like Star Wars.

QSO Favourites will be livestreamed to Proserpine Entertainment Centre, Empire Theatre in Toowoomba, Edkins Park in Longreach, The Wellshot Hotel in Ilfracombe, Outer Barcoo Interpretation Centre in Isisford, and even the Riverside Theatre in Parramatta.