It may still be known for bikinis, models and the antics of the rich and famous, but a former Gold Coast “Golden Girl” is turning back the clock to showcase the glitter strip’s halcyon days of high glamour.

The retrospective offers a glimpse of a time when the Gold Coast was considered the high-fashion capital of Australia and people travelled from all over the world for the city’s glamorous boutiques and trendsetting high-end designer wear.

Former model, “Golden Girl” and much-photographed meter maid, Deborah Miller, said the event would pull together Gold Coast fashion through the decades and showcase garments and accessories from some of the Coast’s iconic designers, along with models and top-end retailers who turned the seaside city into an avant-garde hotbed of high fashion.

Featuring an original Gold Coast meter maid bikini, models from the 1950s and 60s including Bette Arkinstall and Thea Willams, and the creations by designers and boutique owners Ivy Hassard, Helen Walder and Sonia Stadiotto, the retrospective aims to revive the opulence and allure of the dazzling era. 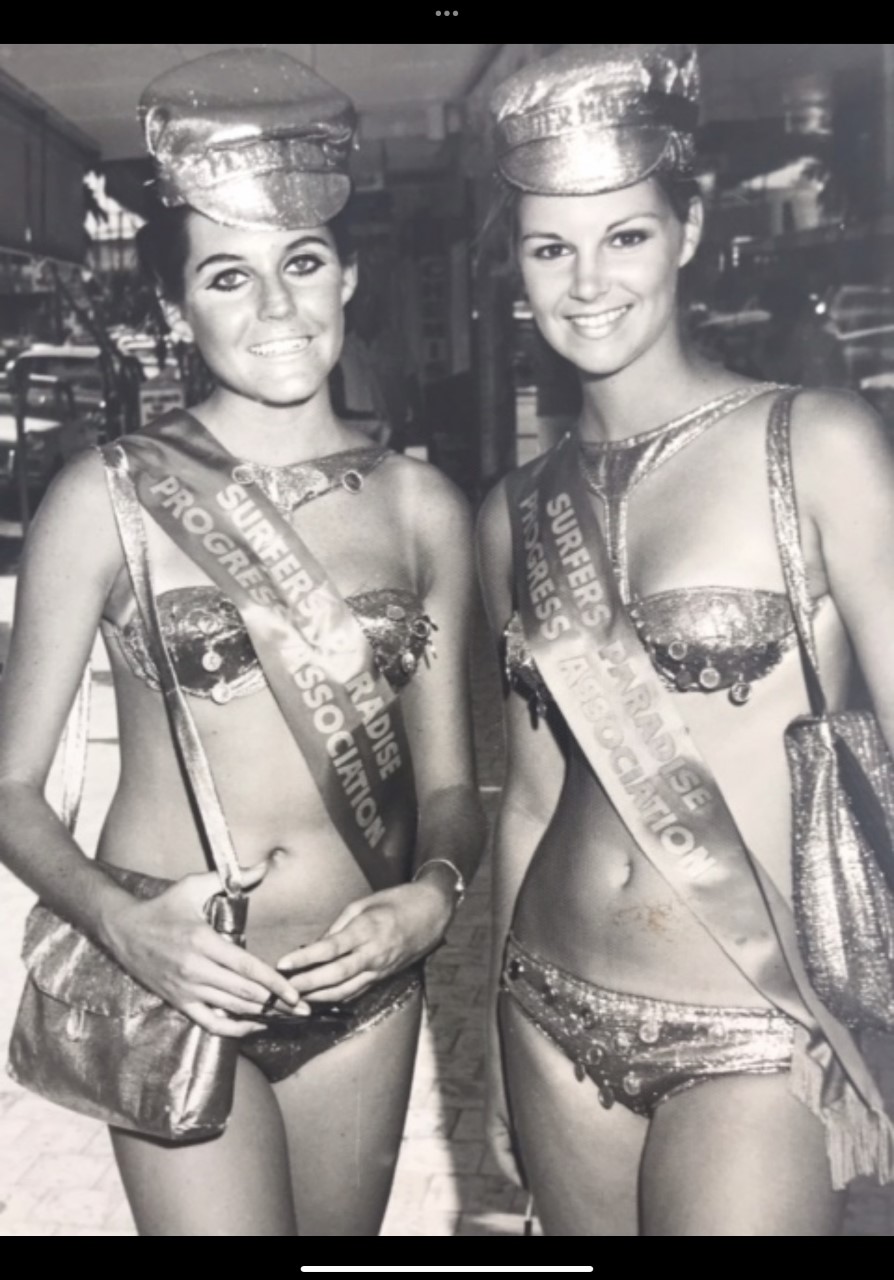 Miller said she had also secured a replica of one of the first creations of iconic Gold Coast bikini designer Paula Stafford and some original Stafford garments from the 1970s.

While Frenchman Louis Réard invented the bikini in 1946, Stafford, who is now 102 and still living on the Gold Coast, is credited with introducing the “two-piece” to Australia and in the process helping put the famous-for-fun beach destination on the map.

Stafford and the Gold Coast famously made international news in 1952 when model Ann Ferguson was warned off the beach for a wearing a Stafford two-piece swimsuit, only for the designer to turn it into a PR stunt by sending five models to the beach in bikinis.

“We may not have been having the most glamorous time of it lately, but I thought this would be a great way to start 2022 so we can celebrate and not forget how glamorous this place really was,” Miller said.

“Orchid Avenue was the only place to shop. Everybody went there and the beautiful boutiques and all the fabulous fashions, that’s what people came to the Gold Coast for.

“It’s got such a high fashion history. A lot of people have been here for so long but don’t know anything about the history.” 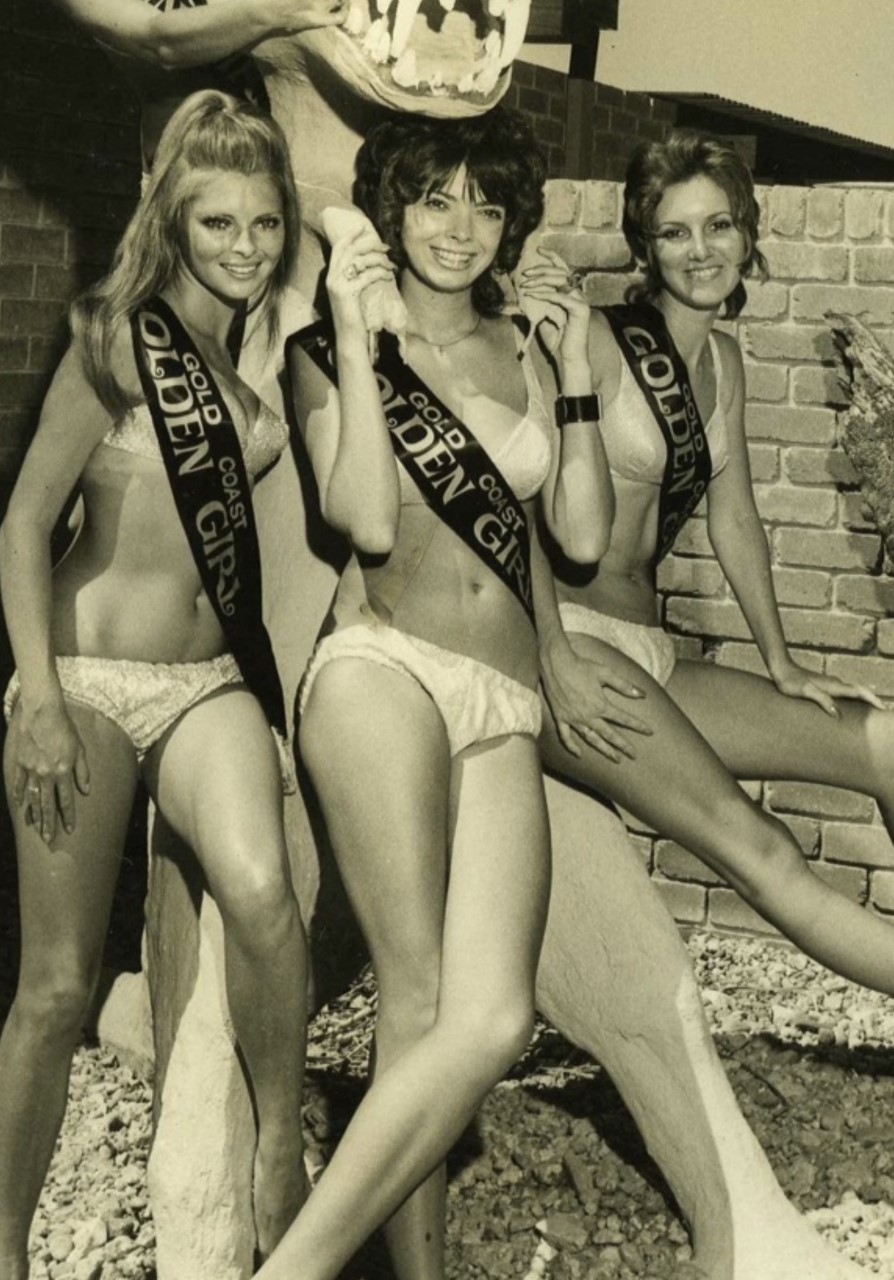 Miller has been an enduring identity throughout the Gold Coast’s fashion journey as a model who then started her own Gold Coast model agency and then owned boutiques.

She was one of the original “Golden Girls”, who represented the local council under influential and flamboyant mayor Sir Bruce Small in the 1960s and 70s.

“I was one of the girls who travelled with Bruce Small in 1969 after the big cyclones to promote the Gold Coast. I ended up for four years just doing all the promotions throughout Australia, over in Asia, throughout Canada and New Zealand and New Guinea,” she said.

“Then I was a Golden Girl employed by the Gold Coast city council, it was like a meter maid, but we were also put on TV and radio and we would have to go in place of the mayor and make speeches all over the place.

“Then in the early 1970s I was doing a lot of overseas tours with Paula Stafford and we’d be doing these sold out shows, but they always wanted a meter maid for the drawcard.

“So somewhere along the line Paula talked me into being the meter maid. It was really quite funny because I had never actually been a meter maid but I had to wear the outfit just so everybody could come and take photos of me as the meter maid in the little, tiny gold suit.”

Miller said the retrospective, called Flashback and is being held at Main Beach on February 4, would also be filmed to record the era and slice of Gold Coast history.

She said it was also a way to honour some of the influential women who had helped create the Gold Coast’s lasting fashion image.

Among the women being honoured was Ivy Hassard, one of Australia’s first and fastest female pilots, who was instrumental in bringing high fashion to the Gold Coast.

Hassard was a doyenne of the Surfers Paradise social scene and gained international renown for some of the most flamboyant Gold Coast high fashion looks, including for an annual event called the Gold Coast Concours d’ Elegance in which designers were tasked with creating outfits to match the most exclusive cars of the day.

Among them were Hassard’s 1967 entry called “The Poodle Bride”, a white veil and a white jumpsuit with full-length white ruffles from ankle to upper thigh.

“So many of our friends are no longer here or are getting old and the time to do this is before we lose everybody,” Miller said.

“Everybody wants to see what the 50s and the 60s looked like, and the fashion all the way through every decade. It really was an amazing time and we have to honour it because it’s surprising how little there is now that reminds us of back then.”