A homecoming story on and off the stage, Frozen arrives at QPAC in February for its premiere season, bringing with it local star Monsma.

“I’ve performed at QPAC but never as a lead character. I’ve been doing this show for over a year now, but when I get home I will feel like the dream has come true,” Monsma told InQueensland.

“Frozen is a story all about family and all about love. I give all of this love out every show and it will be so nice to receive it back at home.”

The show itself is a cultural phenomenon, adapted from Hans Christian Andersen’s fairy tale ‘The Snow Queen’.

The Disney animated film earned over USD$1.28 billion at the box office after its release in 2013, becoming the highest-grossing animated film before Lion King roared onto screens in 2019.

Frozen on Broadway opened at the St. James Theatre in March 2018 with the highest box office advance in Broadway history.

After a year touring Sydney and Melbourne, the Broadway hit will now reach the river city in February 2022 with an all star cast. 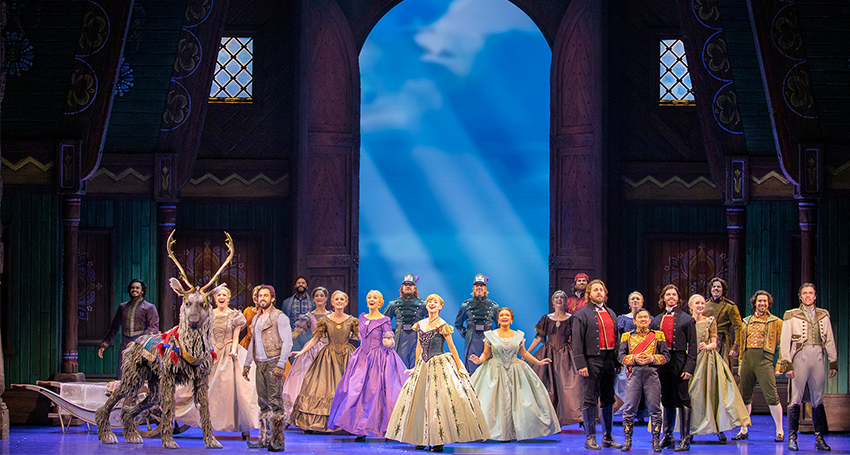 Monsma, the 24 year old Gold Coast local playing Anna, attributed her success to her sister and her training at the Griffith Conservatorium of Music.

“When I was eight or nine years old I watched Annie at what is now HOTA and my sister was playing the lead role.

“I remember sitting there and just being absolutely mesmerised by the show and theatre in general. From there I did a lot of community theatre around all around the Gold Coast until I got into the Con where I studied musical theatre.

“I definitely always had the calling in me, I was just lucky that my parents were so supportive because it is a big risk trying to pursue musical theatre.

“Going to the Griffith Conservatorium changed my life. I had the best time that the Con, it’s an amazing institution. The programme director Professor Paul Sabey is a world class teacher.

“His training is so specific and goes beyond what you need to work in the industry. The musical side of things, harmony work, it’s so collaborative, it’s a safe environment to fail and then grow,” said Monsma.

Monsma said the role of Anna called her name, and auditioning for Disney was a lengthy but enjoyable process, with Monsma ultimately landing the role.

“I am biased because I’ve always wanted to be a Disney princess, but Anna is different, she’s got so much strength and charisma. She really doesn’t need a man and I love that part of her. She’s such a funny character which is really fun to play with,” said Monsma.

“Anna has taught me to lead from the heart. She is a big role to play and I’m thankful for my training which has given me the stamina to do it. But I have learned that if I approach life by leading from the heart then I’ll be okay.”

The Australian principal cast also features Jemma Rix in the role of Elsa, Matt Lee as Olaf, Thomas McGuane as Hans, Sean Sinclair as Kristoff, Aljin Abella as Weselton and sharing the role of Sven, Jonathan MacMillan and Lochie McIntrye.