VERDI is a celebration of one of the world’s most revered composers, using the full force of Opera Queensland’s talent supported by 50 Opera Queensland Chorus singers and the Queensland Symphony Orchestra (QSO)

Rosario La Spina, a tenor with Opera Queensland who is used to performing Verdi’s repertoire, said the works are some of the most technically demanding.

The concert will include some of the composer’s most renowned works such as La traviata, Macbeth, Il trovatore, Rigoletto, Don Carlo, Nabucco, La forza del destino (The Force of Destiny), Otello, Falstaff and Aida.

“I find his music to be beyond incredible. It’s exciting, it has passion, it’s fiery when it has to be and he wrote so well for the human voice and for every voice type.

“He also puts a lot of demands on the singer. Verdi and Mozart I would say are the two most difficult composers to sing, they are technically the most difficult.”

La Spina was a brick layer before he was an opera singer, suffering an injury in his early twenties that allowed him the time to pursue opera as a career.

“I was working as a brickie, and my sister kept telling me I should get back to singing, until I suffered a nasty accident where I cut my arm pretty badly.

“The accident gave me time to think about it, so I went for a few lessons so that my sister would stop annoying me, and waited for them to tell me I was no good.

“Then one thing led to another and I was at the Griffith Conservatorium of Music and away we go from there.

“Singing and bricklaying are similar in that they are both very physical, at the end of a three hour show you know you’ve earned your day’s pay, and brick laying was the same.” 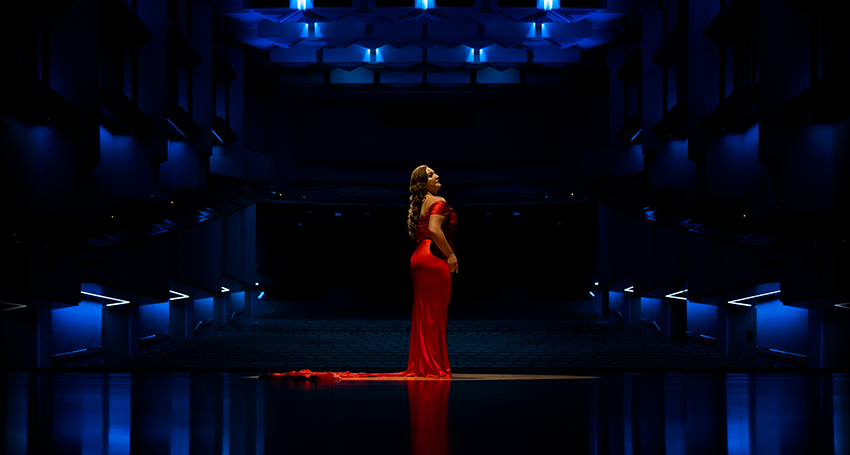 La Spina, who is of Sicilian descent, said that the virtues of Verdi was the great patriotism that inspired many of his works.

“I’d say he’s a great patriot. Back in the day, they used his music as a patriotic cry for the country because it has a march type-feel which is very uplifting.”

The performance will be supported by almost 50 members of the Opera Queensland Chorus as well as orchestral backing by the Queensland Symphony Orchestra (QSO) led by Principal Conductor Johannes Fritzsch.

“One thing we’re very fortunate to have in Queensland is the Queensland Symphony Orchestra. They are one of the best orchestras in the world, and I’ve sung with a lot of orchestras around the world,” said La Spina.

“They are passionate people and they always give 110 per cent. We are very fortunate to have such a fantastic Symphony Orchestra.

“They are great players, you can see the intensity they play with. When I listen to them rehearse the result is these beautiful colours emerge where the players are individually great but so in sync.

“Johannes [Fritzsch] is a wonderful man and a very knowledgeable man, you’re always in good hands with him and he runs a very tight ship.”

Opera Queensland Chief Executive and Artistic Director Patrick Nolan said VERDI was an extravaganza to celebrate one of opera’s most revered and respected composers.

“How better to pay homage to Giuseppe Verdi than with a glorious, full-scale production featuring some of Australia’s finest opera singers, a powerful chorus and the might and majesty of the QSO, led by Johannes Fritzsch. Viva Verdi!”

VERDI will run across two performances on Saturday 20 November at QPAC’s Concert Hall.