Three years in the making, the Bundaberg Regional Art Gallery has curated a special exhibition to document Broadhurst’s extraordinary life.

The queen of re-invention, Broadhurst was a singer in East Asia, a French fashion designer in London, and renowned textile designer in Sydney, before being murdered in her studio at the age of 78.

A mercurial and ambitious woman, Broadhurst sang herself out of the outback in the 1920’s as a singer travelling across China and South-east Asia.

She went on to run the Broadhurst Academy, a finishing school in Shanghai, before moving to London and changing her name to ‘Madame Pellier’, a French designer responsible for clothing the rich and famous before the outbreak of World War II.

Returning to Australia some years later, Broadhurst travelled the country creating landscape paintings that were hung in every major Australian city.

Broadhurst’s enduring legacy arrived in the form of her handprinted wallpaper business created in 1960s Sydney.

She produced over 500 glamorous and eccentric designs which are part of the furniture in worldwide design archives, and were included in lines from high-end fashion houses such as Kate Spade.

Broadhurst’s life came to an abrupt end in 1977, found murdered in her Paddington studio next to two empty cups of tea, by a still-unknown perpetrator.

One of Australia’s best known unsolved cases, the cold case was reviewed by the NSW Police’s Unsolved Homicide squad in April 2021. 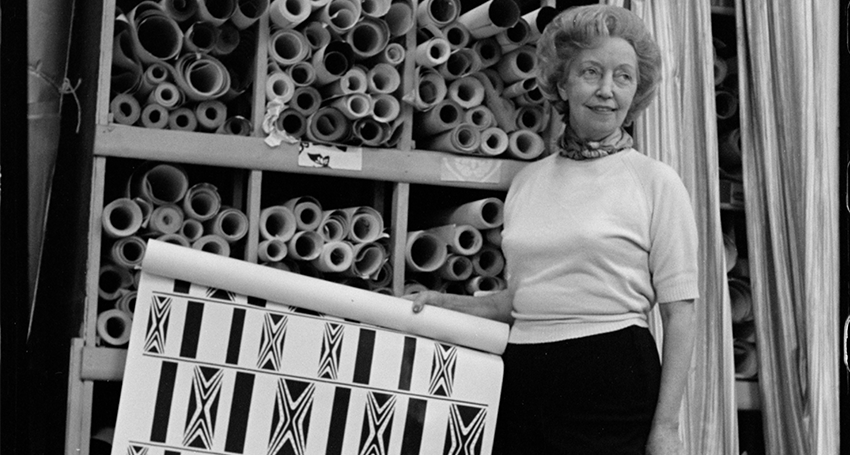 The creation of the Broadhurst exhibition was inspired by the gallery director’s grandmother who had shared stories about a ‘Flo Broadhurst’ from her years in Mount Perry.

“My curiosity was ignited, and for the last three years I have been curating this exhibition about Florence Broadhurst, and the role that this region played in moulding this creative, independent character whose designs and life are still talked about internationally today,” said Bundaberg Regional Art Gallery Director Rebecca McDuff.

“We have many different pieces from Florence’s collection that will be on show as part of the exhibition,” McDuff said.

“It has been carefully curated to ensure that each piece tells a story about her influential life.”

“Our galleries team continue to work hard to bring exclusive exhibitions to Bundaberg for our community to enjoy,” Cr Learmonth said.

The exhibition opens at the Bundaberg Regional Art Gallery on the 13 November and runs until 6 February.