In its third year, the Brisbane Portrait Prize is a celebration of the people who make the river city special and is set to hang all 75 finalists in Brisbane Powerhouse on Wednesday.

Director of Canberra’s National Portrait Gallery and Chief Judge of the 2021 Prize, Karen Quinlan said it was her privilege to judge the competition.

“It is an opportunity for arts audiences to show the artistic community support, to get behind new works, new ideas, and new conversations,” she said.

“Particularly off the back of 2020, which was undoubtably one of the most difficult year of Australians, but offered such a varied range of subject matter.

“The Prize will be a chance for people to come together, find common links and shared experiences by exploring the individual through the eyes of the artist.” 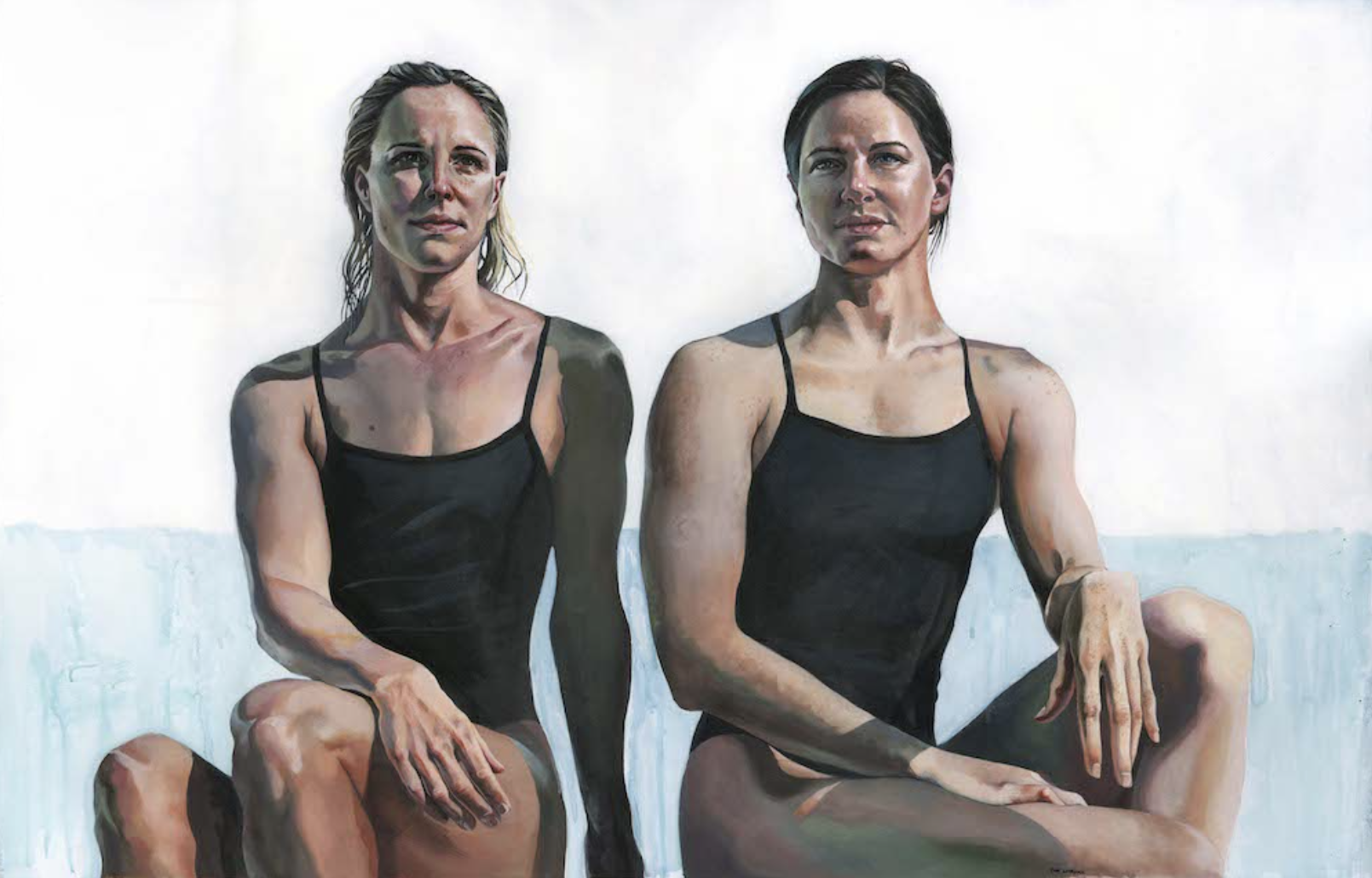 A Path of Focus: Portrait of Cate and Bronte Campbell. Ink and Acrylic on Paper (Image: Brisbane Portrait Prize)

This year’s finalists include portraits of public figures such as Olympic swimmers Cate and Bronte Campbell by artist Tish Linehan.

The Campbells have represented Australia in three and four Olympics and Linehan said their portrait reflected the strength, wisdom, and focus of the Campbells.

“Sisters Cate and Bronte Campbell have travelled the path of competitive swimming together, sharing the spirit of determination, courage and focus along an immeasurably challenging road,” said Linehan.

Wood said the work was collaborative, once he shot the image he asked Numpty to embellish the work in his own style.

“For this particular shot I had some expired film that had been poorly stored and the backing paper was leaving artefacts on the negative and I thought this would be the right type of look for the portrait of Numpty.”

The winner of Brisbane Portrait Prize is set to be announced on 6 October.

Lord Mayor Adrian Schrinner said this year is the third year of the competition and it continues to grow in renown.

Artists will have a chance to share in $87,000 in prize money which will be awarded across seven categories, including the $50,000 Lord Mayor’s Prize, Digital Portraiture Prize, The Courier Mail People’s Choice Award, Performing Arts and Music Industries Award, Sylvia Jones Prize for Women Artists and the Packing Room Prize.

The Brisbane Portrait Prize Exhibition opens at Brisbane Powerhouse on Wednesday 29 September and the Winner is to be announced on 6 October.