There were fireworks over the river and fireworks in QPAC’s box office over the weekend, with 69,000 people emerging to watch the Sunsuper Riverfire close out Brisbane Festival’s three weeks of arts, music, and culture.

Brisbane Festival Artistic Director Louise Bezzina said she was overjoyed, and not surprised, at the extraordinary success of this page-to-stage production of Trent Dalton’s beloved novel.

“We are so privileged to have had this opportunity to co-produce this seminal work and to finally present it to the world. It has been a shining light of our 2021 program,” said Bezzina.

“The curation of the 2021 Brisbane Festival had at its heart two things: community and celebration. Boy Swallows Universe encapsulates both elements and I’m proud that we could present this heartfelt and ultimately joyous Brisbane story featuring so many of our incredibly talented local artists and arts workers.” 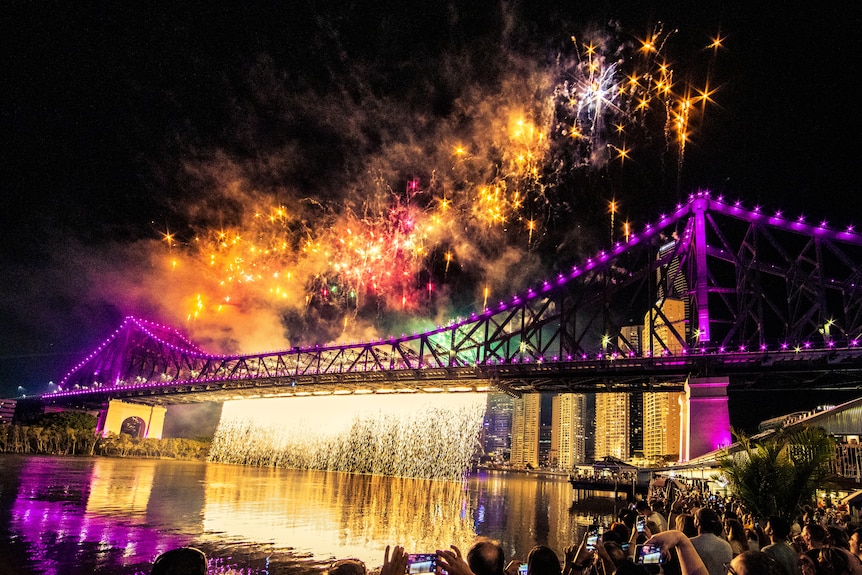 Bezzina said the Sunsuper Riverfire was an uplifting end to the hugely successful 23-day event.

“Brisbane Festival is a celebration of everything we love about Brisbane so I was delighted that we could bring the city together – in person and in spirit – to enjoy Sunsuper Riverfire which is a wonderful community celebration,” Bezzina said.

“The Festival’s Brightly Brisbane vision speaks to a sense of pride in our city; of celebrating our landmarks, lifestyle and those elements that make it unique.

“We are so grateful to have this bright, unifying celebration for Brisbane with a program that focused on positivity, resilience, hope and triumph over adversity.”

The Festival, which prides itself on its extensive free programming, illuminated the corners of the city with some much needed artistic relief.

Brisbane Festival Chief Executive Charlie Cush thanked the city for embracing the Sunsuper Riverfire and said its ongoing support was an exceptional show of trust and confidence in Brisbane Festival.

“A massive shout-out to Sunsuper for bringing tonight’s much-loved fireworks event to Brisbane for the 10th year in a row,” Cush said.

“I am also thankful for our Festival team and 150-strong volunteer force as well as our many partners and sponsors for helping us deliver a safe, exciting and world-class event.”

“Brisbane Festival was the much-needed celebration residents and visitors were craving after a tumultuous 18 months and I am so pleased we could share with them a Brightly Brisbane Festival where more than 70 per cent of the program was free.”

Brisbane Festival will return in 2022 to fill the city with art and music performances from 2 – 24 September.