Michael Gow’s Away has captured the attentions of audiences for 35 years, including La Boite’s first run of the show in 1997 directed by Sue Rider.

Written in 1986, the production is about youth and domesticity writ large amidst an Australia in transition.

Away follows three families packing their cars for a summer holiday in the Gold Coast’s glitter strip before a damaging storm arrives to cause havoc.

Daniel Evans, the multi-award winning director bringing Away to the stage this year, said the play has remained timely because of its ability to ask big questions while drumming up nostalgia for a past era.

“It’s quite nostalgic, it seems like life is simpler. A summer holiday at the Gold Coast on the beach, in the caravan park, before huge high-rises or before the invention of air conditioning. It’s got a throw back quality about it.

“That pervades the humour in the play. It’s like we’re laughing with our past selves.

“I think the comedy helped maintain its classic quality. You recognise the old caravan park, you recognise the tremendous 1960’s fashion, the amazing explosion that was music at the time. We are also finding ourselves as a country.

“Politically you’re looking at a really interesting period – the referendum, the production of the contraceptive pill, huge changes in public education. It’s almost a coming of age tale for the nation,” said Evans.

The play also arrives at a time where the sanctity of live theatre exists on shaky ground, programming Away can be seen as an ode to theatre as the story feeds off the audience’s memory.

“People have tried to adapt this play into a film but it never worked because it incorporates your experience of your Australian summer into the work,” said Evans. 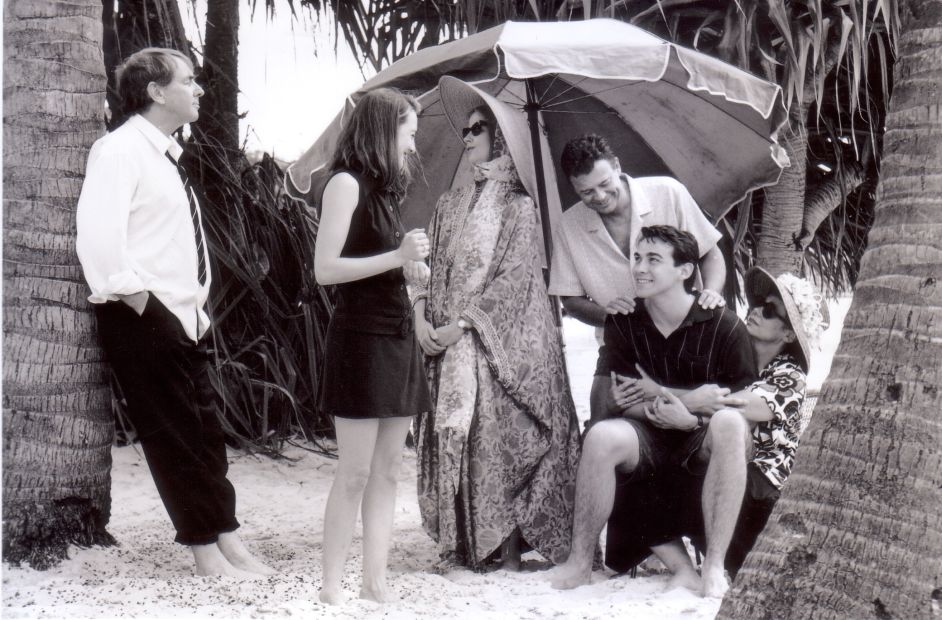 “It captures the beach side, the campground and caravans, in such a visceral way that the audience’s memory completes the onstage world.

“Especially in this period of time, you can’t replicate the experience anywhere else. To sit in a room with hundreds of bodies and for your heartbeat to sync up with the rest of the audience to share a live story being conjured in front of you is irreplaceable.

“Doing this play at this time, some things definitely refract brighter than other things based on where we are in the world.

“It’s about hanging on to what you’ve got in desperate circumstances. What have we all had to draw on to get through this time? It’s connection, it’s family, going away in your own backyard, which is all we can really do at the moment.

“This play speaks with sparkling clarity about what we’re going through right now,” said Evans.

La Boite Chief Executive and Director Zohar Spatz described Away as a play that “every Australian can relate to”.

“Michael Gow’s Away is a modern masterpiece and one of our country’s most loved and iconic plays,” Spatz said.

“Funny and very moving, it prompts us to consider what is ultimately most important in our lives, which couldn’t be more timely.

“With Daniel Evans at the helm and an ensemble company of Queensland’s finest actors, audiences can look forward to a witty and wonderful escape to welcome in the summer.”

Away runs from 25 October to 13 November at La Boite’s Roundhouse Theatre.