The festival will be the last for AFCM artistic director Kathryn Stott, who said the festival was renowned for combining world-leading music and world exclusive artist collaborations, all situated in tropical North Queensland.

“This is my final Festival as Artistic Director and I have almost been stopped in my tracks from bringing you what I see as my last gift to AFCM – a program called Carnival with the emphasis on celebrating everything AFCM has in abundance,” she said.

The program will feature 133 works, 112 composers, and four world premieres played by 40 Australian musicians as well as three ensembles including the Goldner String Quartet and three local groups including the acclaimed Dancenorth.

Opening night will see Deborah Cheetham perform Nginda Ngarrini Bi Ngya, a brand new work specially commissioned for the AFCM, performed in the language of the Wulgurukaba in acknowledgement of the traditional owners of the land.

Cheetham said Nginda Ngarrini Bi Ngya translates to ‘you have arrived’ and will be performed as part of AFCM’s opening night concert Parade alongside 23 musicians.

“Each and every day we draw strength from the country on which we live. On this continent, we celebrate the oldest and longest continuing music practice in the world,” she said.

“This piece written for and premiered by the Goldner Quartet, is a continuation of that practice. The Wulgurukaba translation of the text was provided by senior elder Aunty Virginia Wyles and I am deeply grateful for her guidance and wisdom.

“I intend this work to be performed as an invitation for all who hear and for those who perform it. Nginda Ngarrini Bi Ngya speaks of our arrival as visitors to this place. It is an invitation to deepen our connection to the land by coming to know and understand the rich and beautiful culture of its first people.”

There will also be a return performance by internationally acclaimed didgeridoo player and long-time friend of the festival, William Barton. 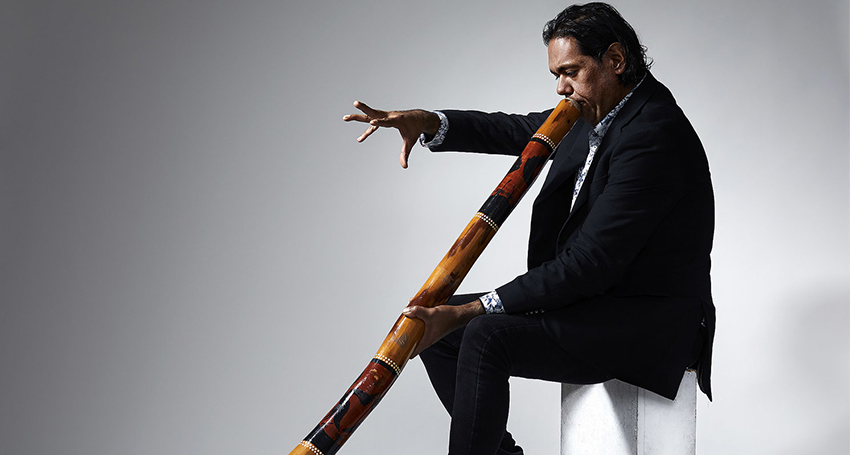 Barton will perform in three events throughout the festival, the Queens Gardens Concert, the Sunset Series Concert and the Sounds Like Paradise Dinner held on Magnetic Island.

“The AFCM holds a special place in my heart, I premiered a number of my works there, and I have always dreamt of returning to perform a combination of pieces from my current portfolio which I have performed around the world on some of the greatest stages, as well as those formative pieces from earlier years,” he said.

“I am looking forward to creating some premiere addendums to key pieces, music that hasn’t been heard before using didgeridoo, voice and guitar.”

The AFCM 30th anniversary program also includes a 250th anniversary tribute to Beethoven that was postponed in 2020, featuring two world premiere concerts, Dancenorth’s responsive choreography to Tolstoy’s novel, The Kreutzer Sonata, as well as Roderick Williams’ Not Here Yet, performed by soprano Jacqueline Porter and Kristian Chong on piano.

Tourism Minister Stirling Hinchliffe said the AFCM was a boon for Townsville’s reputation as a regional cultural destination.

“AFCM presents an incredible program of events each year,” he said.

“What makes this event so special is the opening night concert and its acknowledgement of Townsville’s traditional custodians and their language and culture in the Year of Indigenous Tourism.

The Australian Festival of Chamber Music begins on 23 July and runs until 1 August, for more information on tickets and programming visit their website.