Now, 47 years later and a few hundred metres away at QPAC, she will play her final concert for the orchestra in Epic Sounds with didgeridoo star William Barton.

“I have seen many changes over the years, beginning in the orchestra rehearsal venue in 1974 which was a very unsuitable room above a nightclub that was neither air conditioned nor soundproofed, to excellent facilities now in the ABC building right next to QPAC,” said Atkinson.

“Looking back briefly, I have been privileged to perform as a soloist many times with the Orchestra, both in concert and in recordings, and I’ve been lucky enough to premiere a few harp concerti.

“I would like to acknowledge the many extraordinary artists I have had the privilege to work with, the conductors that have been inspiring, but most of all my musician colleagues who every day hold the standard of excellence and the spirit that is Queensland Symphony Orchestra,” she said.

Atkinson said that during Covid-19, one of the most challenging but memorable periods for the Orchestra, she got a taste of a quieter home-based life which cemented her ideas of retirement.

“Life offers new challenges and interests for me now, so I am really pleased to be leaving with the Orchestra in such a good place, artistically and managerially,” she said.

“I got the opportunity to increase my teaching which is at the forefront of my activities. I’m actually really busy even without playing in the Orchestra because I’m training my students on the pathway to their own Orchestral careers.

“The orchestra has been a second home for me, and one I won’t be leaving totally – I will definitely be joining the audience. So, it’s not adieu but au revoir!” said Atkinson. 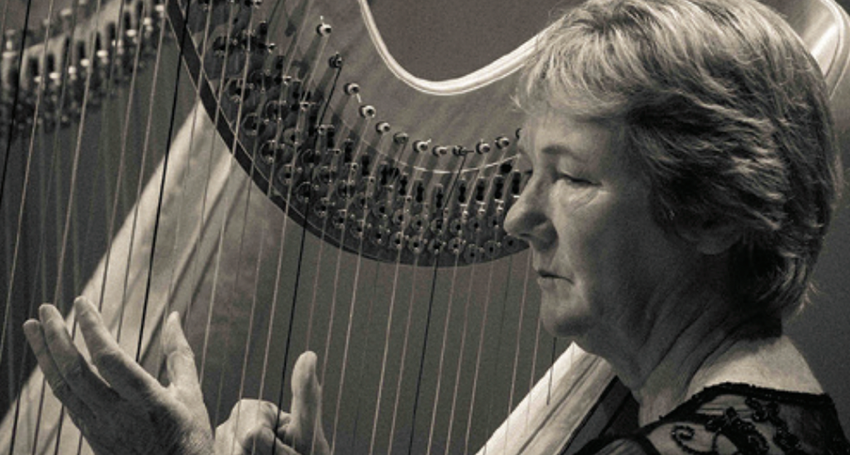 “It is hard to imagine the QSO without Jill. She is first on stage, first at the venue, first to tune and first to every orchestral rehearsal call. Jill loves music, is a passionate musician and has passionate opinions,” said Kathryn Close, Cellist for Queensland Symphony Orchestra.

The show, Epic Sounds – Music that Soars, will feature acclaimed didgeridoo player William Barton’s latest composition Apii Thatini Mu Murtu (To sing and carry a coolamon on country together) as well as Verdi’s Overture to La Forza del Destino and the Fifth Symphony by Sibelius, conducted by Benjamin Northey.

“In addition to what will surely become a legacy orchestral piece in William’s new work, this concert also presents an opportunity to honour the distinguished career of the Orchestra’s Principal Harp Jill Atkinson, playing her last concert after 47 years with Queensland Symphony Orchestra,” said John Kotzas, Chief Executive of QPAC.

“What an astonishing achievement and a fitting final performance to be First Harp for Verdi’s Overture that features a beautiful moment to celebrate the instrument’s ethereal quality.”