The travelling exhibition, which opens at Brisbane Powerhouse on Saturday, shows the winners and contenders across eight categories of photojournalism, documenting the year in photographs.

The exhibition will feature the winner of the 2021 Photo Contest’s World Press Photo of the Year, Mads Nissen’s image The First Embrace.

Viva Bem implemented ‘The Hug Curtain’ in August 2020 to allow vulnerable elderly residents to hug people, following five months of isolation from the outside world and limited physical contact inside the home.

From these, an independent jury of 28 photography professionals selected a group of winners and nominees which share a diversity of perspectives across the most pressing world issues in 2020.

The winner for the best Photo Story of the Year, was award to Habibi by Italian photographer Antonio Faccilongo. 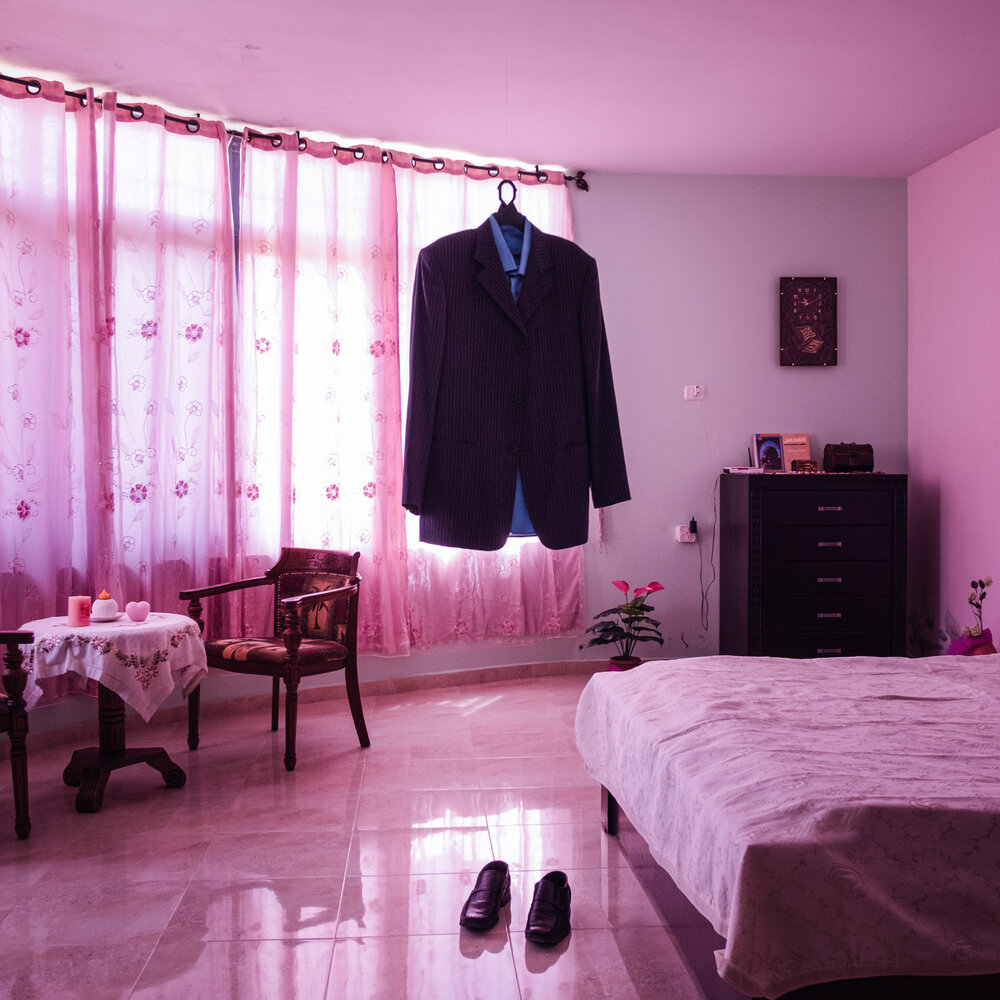 Kobar, Palestine: In Iman Al Barghouti’s bedroom, she hangs the suit of her husband, Nael Al Barghouti, who is the longest-serving prisoner in Israeli custody, having spent 41 years in prison. (Image: Antonio Faccilongo/Getty Reportage).

In Habibi, Faccilongo documented the lives of Nael al-Bargouthi, the longest serving Palestinian inmate in Israeli jails, and his wife Iman Nafi, who keeps all his belongings in place at their home despite al-Bargouthi’s life sentence.

Habibi documents the impact of the Arab-Israeli conflict on Palestinian families with a focus on love and perseverance over violence and weaponry.