There aren’t many music nights in Brisbane where you see the DJs hauling crates of records through the dance floor to the stage, far less where those records are personal collections of original vinyl which date back 60 years.

Soul in the City has been running for 15 years and is a haven for those who have loved northern soul since its inception in 1960’s Britain, a movement that celebrates underground soul music that didn’t see enough recognition.

Gary Williamson, resident DJ and organiser of Soul in the City, is part of a community who spend their weekends at the Polish Club in Milton dancing to northern soul and Motown records until the wee hours of the morning.

Most DJ’s have record collections worth tens of thousands of dollars, with some whose collections are worth over $50,000.

Northern soul originated in the late ’60’s in Northern England from the mod movement, played out of venues such as Manchester’s Twisted Wheel, Blackpool Mecca, and the Wigan Casino.

“The records from the northern soul scene are the people who never made it onto big labels like Motown. That is part of the beauty of it for people, they are spinning records no one has ever heard before,” said Williamson.

“It’s easy to play off a laptop or play second issues, these people have paid thousands for one record and waited 20 years to own it. I have massive respect for that” he said.

“You’re playing an original format but also paying respects to the artists who never made it. I find it touching that they get recognition later on in life because of northern soul. It’s amazing how many people love these records 60 years on, just as much as when they were first recorded.

“For an underground scene to last 60 years says a lot about the pull of the music and how good it actually is – it really puts a hook in you.” 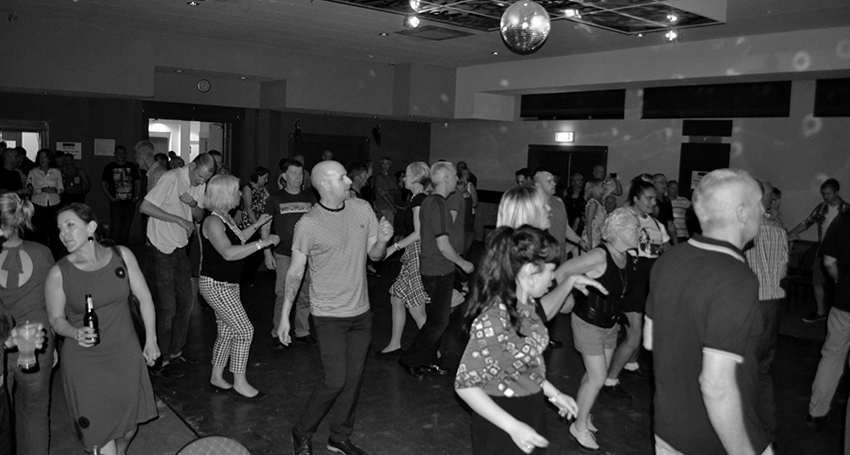 A packed dance floor at Soul in the City. (Image: Gary Williamson)

Soul in the City was started in 2004 by Steve and Elaine Griffin who had experienced the movement in the UK and brought it over to Brisbane, 17 years later there is a community of hundreds of people around Brisbane who travel far and wide to attend northern soul nights.

May 1 will be the first time in 16 months that Soul in the City has been allowed a full dance floor since December 2019 and as a result, tickets flew out of the door.

“There are some people who don’t come if they can’t dance. Northern soul is about dancing from the outset,” said Williamson.

“Some might find it kind of odd to see a guy in his 50’s going out on the dance floor when there’s no one else there but people love it, in 15 years I’ve never seen any aggravation at these nights because people enjoy themselves too much.

“It’s a great thing to see people get up and let go. Once you step out of your comfort zone, it’s a liberating thing to dance the way you feel.”

Williamson said Soul in the City has attracted an increasingly diverse crowd over time, including young people who love soul music.

“We’ve always tried to take people in and make them feel as welcome as possible. If we don’t get the next generation into this kind of thing then it’s going to die,” said Williamson.

“The night is a labour of love, it’s not something we’ve ever done for recognition or money, it’s just a night where people love the music.”

Williamson said the most popular example of northern soul, Frank Wilson’s Do I Love You (Indeed I Do) is also the most expensive record ever sold. With only two copies in existence, one sold at auction for £25,742 (AU$ 45,890).

Soul in the City runs bi-monthly at the Polish Club in Milton. For more information, visit their Facebook page.