The Palaszczuk Government has made a raft of new announcements for arts sector, giving for arts organisations to achieve certainty around state government funding until 2025.

The Government has also announced a new approach to arts touring that it said would make it easier for organisations to tour throughout Queensland and offer access to diverse arts and cultural experiences for audiences and communities throughout the state.

The latest funding plans follow the announcement of the Creative Together 2020–2030: A 10-Year Roadmap for arts, culture and creativity in Queensland, and the two-year action plan Sustain 2020–2022, which were announced in the lead-up to the state election in October.

“There’s so much more work to be done in this space because the arts sector is very much a part of our economic recovery, so I’m thrilled,” Enoch told InQueensland.

Enoch said the Organisations Fund was a central component of the Palaszczuk Government’s investment in the arts and cultural sector and would be essential in the delivery of Creative Together.

“The arts is key to delivering our plan for economic recovery, each year injecting $8.5 billion into the state’s economy and employing more than 92,000 Queenslanders,” she said.

She said the Organisations Fund would supports more than 400 full-time equivalent positions and help deliver more than10,000 activities “that engage, entertain and inspire more than 2 million people annually”.

“This future-focused fund is part of Queensland’s plan for economic recovery, providing investment in diverse and emerging organisations that are innovative, investment-ready and responsive to audience demand,” she said.

Enoch said the fund had been structured to include a dedicated pathway for small or emerging operators to transition into a multi-year fund, “while also supporting established Queensland arts and cultural organisations who deliver a substantial program of activity”.

“This new approach offers certainty and ensures a strong pipeline of arts organisations to support important social and economic outcomes including job creation and regional development across the state,” Enoch said.

The Organisations Fund 2022-2025 will offer two bands of funding, one for applications of up to $100,000 a year for emerging organisations with a focus on innovation, and the second band applying to established not-for-profit arts operations, which can apply for funding of more than $100,000 in annual funding.

The Government said the four-year funding investment would provide critical assistance to to help the industry recover from the effects of COVID-19 and help support the sector to deliver programs, festivals, exhibitions and events throughout the state.

The minister also announced a new fund to be introduced later this year, which is specifically aimed at supporting emerging First Nations performing arts organisations with multi-year funding.

“The new fund will be a focus of the First Nations Arts and Cultures Panel when it is established later this year, to extend support for First Nations performing arts.”

The Organisations Fund 2022-2025 is a competitive program and submissions will be assessed by an independent panel. The application process is in two stages with an initial Expression of Interest which closes 22 February, followed by an invitation to shortlisted applicants to submit a full application.

Enoch said the changes had been made following extensive consultation with arts organisations.

“The two touring funds will invest in touring performing and visual arts projects throughout the state, providing a range of performances, exhibitions, workshops and arts in education programming including artist-in-residence programs in regional areas; and will also support regionally based artists to tour to Brisbane.

“This funding will provide a quick turnaround for applicants and will be responsive to the many great touring opportunities as they become available,”  Enoch said.

She said Creative to Go had supported 38 projects and 468 artists with funding of $592,165 to offset the costs of delivering live performances and engagement activities in regional venues; and Play Local had provided funding of $864,385 to 55 live music and performing arts venues throughout the state to host performances by Queensland acts and artists. 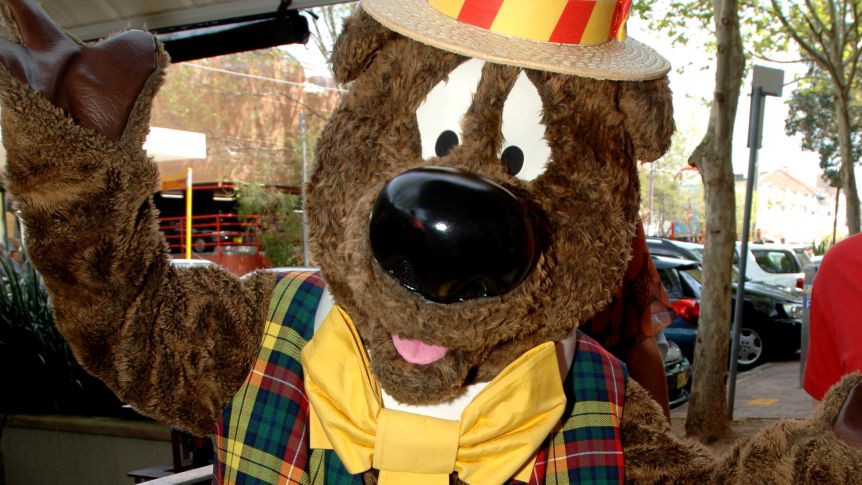 One of the funding recipients of last year’s Creative to Go funding, Ozpix Entertainment, secured $20,000 to help present its production of Put on your Dancing Shoes, which featured Humphrey B Bear and included performances in remote communities including Winton, Stonehenge, Jundah, Windorah, Eulo, Cunnamulla, Tambo, Blackall and Longreach.

Ozpix’s director and chief executive Craig A Kocinski said without funding, it would not have been economically viable to have toured the show regionally.

“In Winton, 25 per cent of the entire shire turned up to see Humphrey,” he said.

The minister said the new funds would contribute to a robust touring framework, help employ Queensland artists and arts workers, and align with the regional priorities highlighted in the Government’s road map.