The program for this year’s five-day festival, which is hosted by the Queensland Museum and runs from March 24-28, plans to deliver hope, wisdom and wonder, centred around the theme “Extremes and Adaptation”.

With the events of the past year ushering in an unprecedented era of global change, the program aims to answer one of the biggest questions facing humanity: How does science, technology, engineering and maths (STEM) hold the key to overcoming current and future challenges for the good of all people and our planet?

This year’s World Science Festival Brisbane will feature the most expansive program since it first kicked off in the city in 2016, with an innovative series of digital events set to take place in tandem with live programming.

This year’s program will cover topics ranging from combating pandemics and natural disasters to tackling climate change and Australian bushfires; planning truly smart and connected cities; and even navigating the future of the universe.

Brisbane is the only city other than New York to host a version of the World Science Festival, and the series of events that make up the festival now serve as a key component of the wider Curiocity, a 17-day celebration of science, art and tech, that also includes public installations and programming from QAGOMA.

Arts Minister Leeanne Enoch has repeatedly said arts and cultural events will be key to Queensland’s economic recovery, with the sector injecting $8.5 billion into the state’s economy and supporting more than 92,000 Queenslanders a year.

The World Science Festival Brisbane has injected $32 million into the local economy since its inception in 2016.

“In the past year, we have seen first-hand the impact science has had on our lives and its important role in navigating the COVID-19 pandemic,” Enoch said.

“The 2021 World Science Festival Brisbane offers the perfect opportunity to showcase the advances and enjoyment of science.”

Queensland Museum Network chief executive Dr Jim Thompson said this year’s festival would provide a timely platform to inspire and inform people of all ages about the wonders of science and positive implications for the future.

“Without doubt, science, in all its wisdom and wonder, has become the silver lining of the global COVID-19 pandemic, unlocking and expanding human capabilities on a scale not witnessed before,” Thompson said.

“What’s also encouraging is the boundaries of science have been pushed to a meaningful new level, tapping into transformative technologies, like artificial intelligence, to keep the world safe, connected and entertained during difficult times.”

Thompson said global interest in STEM solutions was now at all all-time high.

“That’s something to be celebrated,” he said.

This year’s opening night will include the premiere of World Science Festival co-founder and renowned physicist Professor Brian Greene’s his new cinematic journey, Until the End of Time, live from New York. 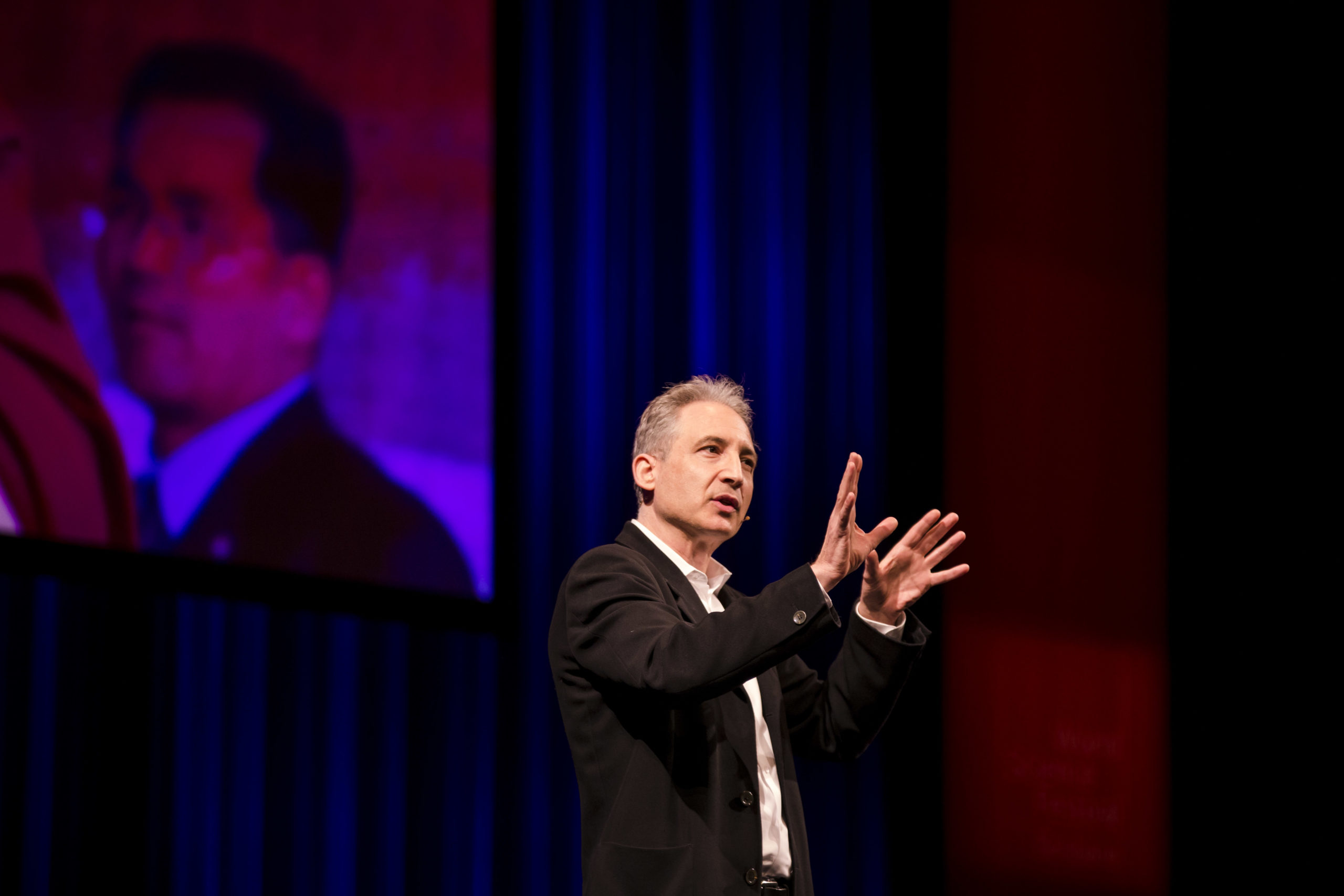 Professor Brian Greene will take part in this year’s World Science Festival virtual program and his new film will feature on opening night.

Greene’s film will take audiences on a journey from the big bang to the end of time, exploring how lasting structures formed, how life and mind emerged, and how we grapple with our existence through narrative, science, the quest for truth, and a deep longing for the eternal.

“I’m looking forward to connecting virtually with the audience as we respond to a world where – now more than ever – it’s important to use scientific thinking to solve some of the greatest problems facing us today,” he said.

Greene said Brisbane’s iteration of the World Science Festival had been one of the highlights of his year since its inception in 2016 and he was looking forward to taking part virtually in 2021.

“In this year of extreme challenges, while I can’t be there in person, I’m pleased to be part of this celebration of science, and to help shine a light on how science touches all our lives, and is vital to our collective future.”

ABC science editor Jonathan Webb will host a live discussion with Greene from New York following the premiere of the film.

In addition to championing internationally renowned science research, there will also be a series of STEM-inspired activities and talks for all ages, from super science shows exploring extreme environments, to discussions around sustainable cities, the science of happiness and the world of dinosaurs.

Leading Australian science communicator Dr Karl Kruszelnicki will lead a panel discussion, Why Trust a Scientist, on how the modern world has been largely shaped by science and why humans are so sceptical about advances in medicine and technology.

Some fan favourites will return this year, including the much-loved turtle hatchery, which offers visitors the chance to watch loggerhead turtles hatch in incubation chambers. 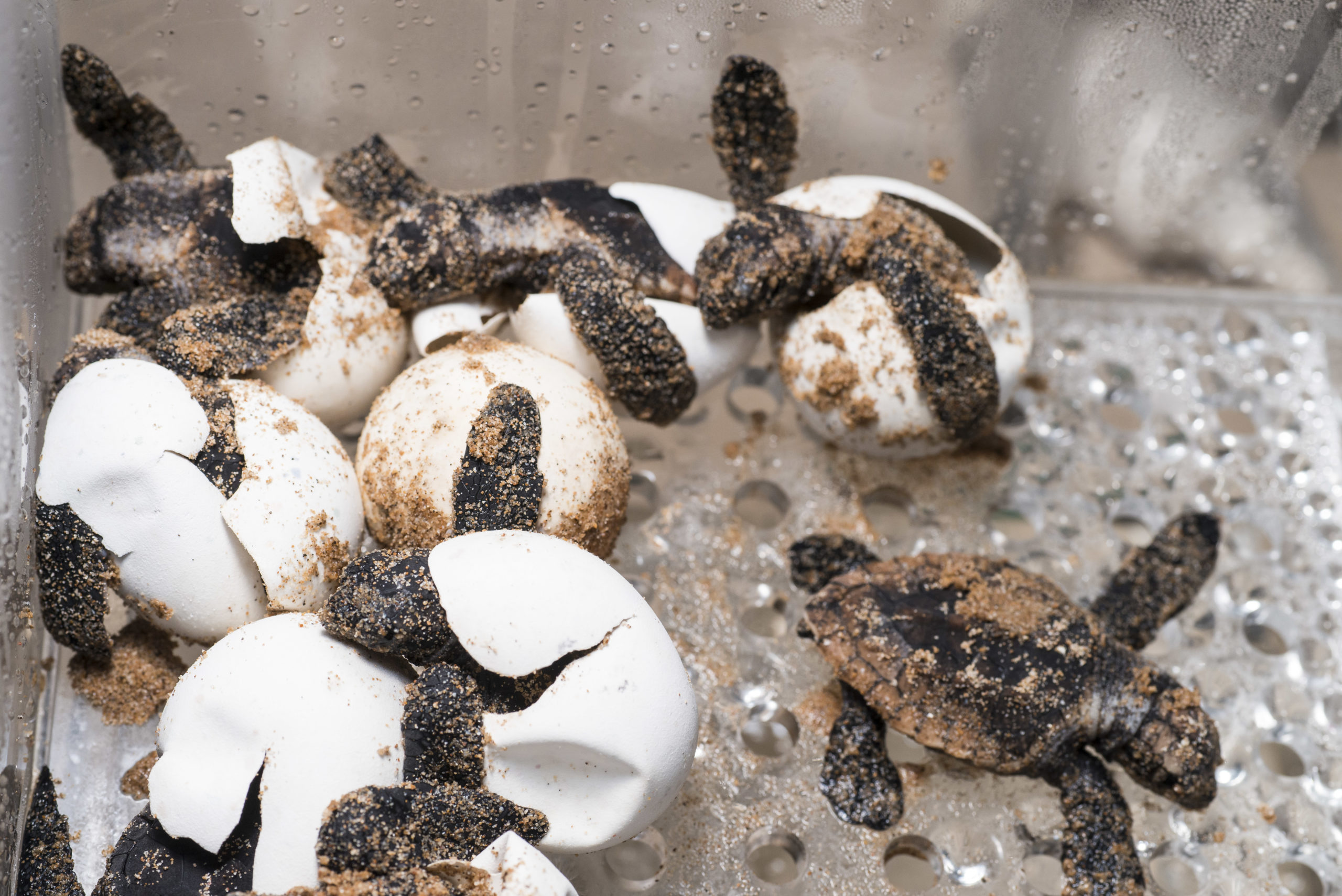 The Hatchery has become one of the most popular attractions of the World Science Festival Brisbane. (Photo: Queensland Museum)

This year’s WSF Brisbane will also include an area called The Nucleus, which will include a licensed bar and a variety of free events, including conversations and a live music program.

For the first time, the City of Science will stretch beyond Queensland’s Cultural Precinct and include installations, displays and seminars at Mt Coot-tha and the Queen Street Mall. There will also be a range of accompanying and standalone digital programs, podcasts and audio tours.

The festival’s regional program – which will tour regional areas later in the year – will also provide people in Townsville, Chinchilla, Gladstone, Toowoomba and Ipswich with the opportunity to participate in a selection of workshops, science-based activities and discussions with leading scientists.

Lord Mayor Adrian Schrinner said he was thrilled Brisbane would be hosting the internationally renowned event once again in 2021.

“With our globally acclaimed universities, research facilities and scientific hubs, Brisbane is recognised as the perfect destination to host this event and we are excited to welcome residents of all ages to explore the nexus of science and experience the best of World Science Festival Brisbane,” Schrinner said.

“Since the very first event in 2016, World Science Festival Brisbane has gone from strength to strength,” Hinchliffe said.