Originally scheduled to play in April last year, Under the Southern Stars organisers were forced to cancel the 2020 event – which included US band Live on the bill – due to the global COVID-19 pandemic.

The rescheduled tour, which also includes Australian acts Rose Tattoo and Electric Mary, is now set to kick off in Wollongong on April 30, and will wrap up with three outdoor shows in Caloundra, Southport and Brisbane on May 14-16.

With Live unable to commit to the new dates for Under the Southern Stars, McManus reached out to Chicago rockers Cheap Trick, who have sold more than 20 million albums throughout their career and written enduring hits such as ‘If You Want My Love’, ‘I Want You To Want Me’, ‘Surrender’ and ‘Dream Police’.

“Cheap Trick were just fantastic,” promoter Andrew McManus told InQueensland. “I reached out to [singer] Robin [Zander] and [guitarist] Rick Nielsen and they turned the decision around in about 48 hours.

“They said, ‘look, we want to get back on the road, we’re potentially not going to have an opportunity to play in 2021, anywhere in America or in the UK’.

I said to them, you realise it’s two weeks’ quarantine, there’s this and that, and they both said, ‘look, we get it, it’s a new world today and if that’s what we’re going to do, that’s what we’ve got to do and that’s what we will do’. So I very quickly locked them in and they’re going to be great ambassadors for our festival.”

Cheap Trick were clearly excited to be on the bill, tweeting: “First chance to rock this year! Can’t wait to see our fans in Australia. Special thanks to the Australian government for creating the conditions for a safe.”

First chance to rock this year! Can’t wait to see our fans in Australia. Special thanks to the Australian government for creating the conditions for a safe festival at @utssconcerts
with @STPBand
& @BUSH
. Tickets: https://t.co/eoibvR4Ims pic.twitter.com/wUIAJZEDxD

Under the Stars is the first international tour to secure an exemption from the Australian Border Force Commissioner, and McManus said it had taken a lot of perseverance and logistical juggling to get the show back on the road.

“We originally pushed it back to February this year,” McManus said.

“But then with Victoria being in the quandary it was, we were told by the Health Department there – because basically in February, Victoria was still just coming just out of a 100-odd-day lockdown – that there was no way in the world that they were going to approve a 15,000 standing greenfield event at Mornington.

“I’m very proud of what we’re going to be producing and hopefully we’ll be bringing many smiles to many people’s faces – not only the workers but the fans of Australia.”

McManus said he was grateful for the support he had received from all tiers of government in the lead-up to securing the approval.

“The big thing was getting an international tour to be approved by the Commissioner of Border Patrol and we had great support from people including the Premier of South Australia, the Lord Mayor of Brisbane, the Lord Mayor of Melbourne and the Minister for Environment in New South Wales.

“Some really great people got behind us, and wrote letters of support saying that this needs to happen, and the Commissioner was actually really supportive.

“They went, ‘yeah, we get it, we understand the finances and the need to begin take-off from an economic point of view but we also understand clearly that the music is going to bring a lot of people a great experience’ and they gave us the approval.”

In addition to being the first event of its scale to secure approval to host international performers, Under the Southern Stars will also likely be one of the first concerts of its type to safely proceed anywhere in the world in 2021. 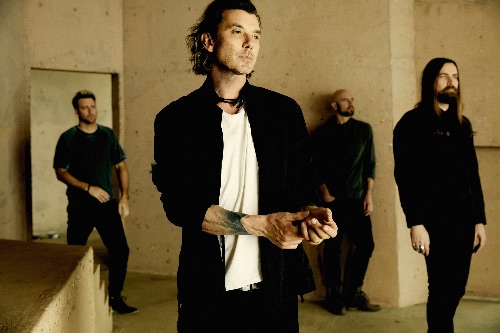 McManus said he was aware the world would be watching and ensuring the tour went ahead safely was not a responsibility he was taking lightly.

“I’m going to write the template for international touring, from before the artists leave home, to testing, to the quarantine and self-isolation in America, to getting on the plane, landing with Border Force, moving them to hotels and quarantining and then the actual shows and how we manage backstage.

“I’m going to give that template to the Arts Minister [Paul Fletcher]  at no cost, saying that’s our present to the industry, it’s been great to us and we want to be great back to it.

“At this point in time, Queensland is probably going to be the first one to allow the normality to come back into play. Wherever we have to do the one person but two square metres, we will set up all that, we have to employ another 200 COVID marshals per event, but it’s going to be a moving feast and as things, open up and lighten up, we will adhere to those regulations.”

Under the Southern Stars, featuring Cheap Trick, Bush, Stone Temple Pilots, Rose Tattoo and Electric Mary, will be held at Kings Beach Amphitheatre, Caloundra, May 14; Southport Sharks, Saturday, May 15; and Riverstage, Brisbane, May 16.